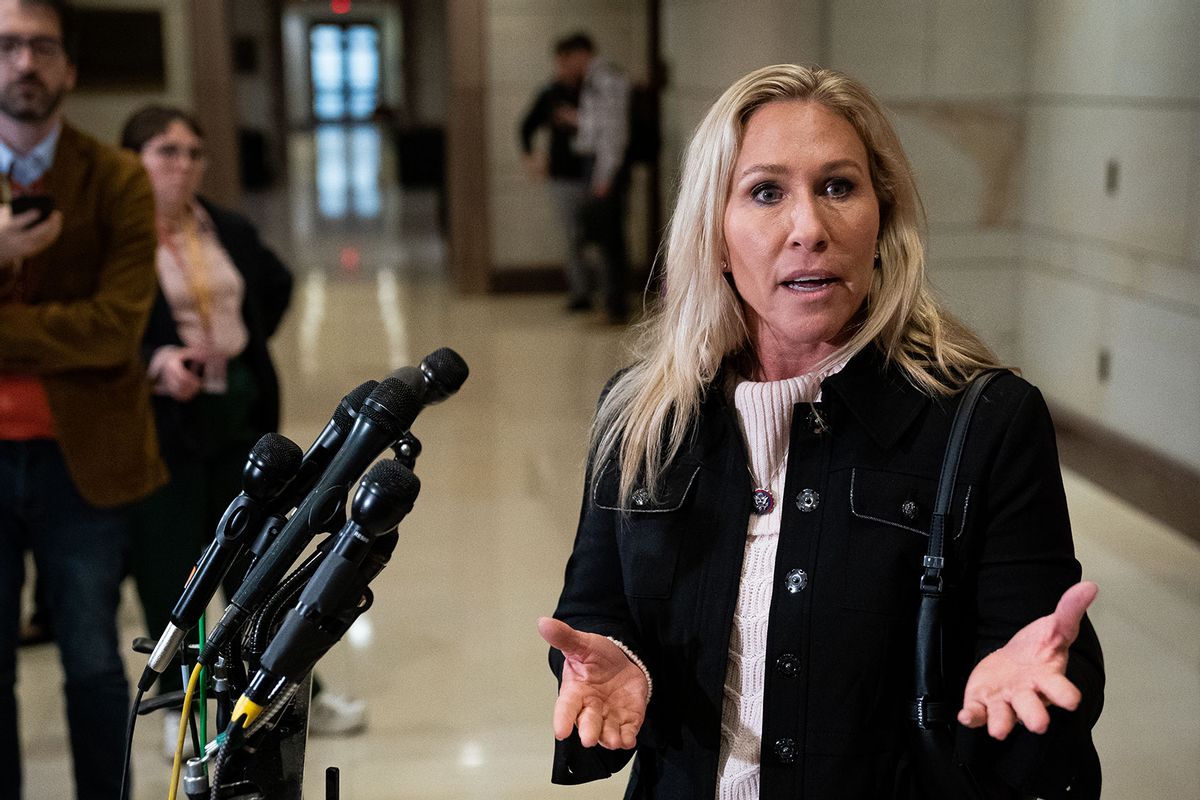 Gabbard was filling in for Tucker Carlson on his Fox News primetime show when she interviewed Santos after he admitted to falsifying multiple aspects of his biography, including his educational and professional background and his alleged Jewish ancestry.

"If I were one of those in New York's 3rd District right now, now that the election is over, and I'm finding out all of these lies that you've told, not just one little lie or one little embellishment — these are blatant lies — my question is, do you have no shame?" Gabbard asked Santos Tuesday evening. "Do you have no shame? And the people ... you're asking to trust you to go and be their voice for them, their families and their kids in Washington?"

Santos, who emerged after days of silence following a major investigative report in the New York Times and several subsequent articles highlighting multiple discrepancies in his biography, deflected the question and instead pointed to Democrats.

"Tulsi, I can say the same thing about the Democrats," Santos responded. "Look at Joe Biden. Joe Biden has been lying to the American people for 40 years. He's the president of the United States. Democrats resoundingly support him. Do they have no shame?"

Greene posted the interview clip on her Twitter Tuesday night along with a thread attacking Gabbard's legislative history and called for Republicans to give Santos another chance.

"I do appreciate that Tulsi says words that sound conservative now even though she can't take action to back them up," Greene said. "I am glad she, like George, realized she made mistakes and was wrong every time she voted to support killing the unborn, taking away our gun rights, and legislated to kill America's energy independence and the fossil fuel industry."

During the interview, Gabbard also questioned Santos about representing himself as an "American Jew" and saying that he had "been to Israel numerous times for educational, business and leisurely trips."

In a previous campaign video, Santos had said that his "grandparents survived the Holocaust" and included on his campaign website that his "grandparents fled Jewish persecution in Ukraine, settled in Belgium, and again fled persecution during WWII." But after several reports cast doubt on his story and more reporting revealed that his family shows no evidence of Jewish ancestry and no plausible connections to the Holocaust in Europe, Santos has awkwardly backed away from those claims without exactly admitting they were false.

"So, look, I understand everybody wants to nitpick at me," The New York Republican said. "I'm gonna reassure this once and for all. I'm not a facade. I'm not a persona. I have an extensive career that I worked really hard to achieve. And I'm going to deliver from my experience because I remain committed in delivering results for the American people."

But Gabbard continued the interview in a similar vein, emphasizing that "a lie is not an embellishment on a résumé," and suggesting that Santos' false claims about his educational and professional background call his integrity into question.

"Congressman-elect Santos, we've given you a lot of time. I think the time that is owed is to the people of New York's 3rd. It's hard to imagine how they could possibly trust your explanations when you're not really even willing to admit the depth of your deception to them," Gabbard said.

While multiple Democrats have called for Santos to resign over his résumé fictions, Greene continued to defend him in her Twitter thread, convincing her Republican colleagues to give Santos a second chance.

"I hope Tulsi is sincere, just like I hope George is sincere. I think we Republicans should give George Santos a chance and see how he legislates and votes, not treat him the same as the left is."

about the distinguished gentlewoman from Georgia