Our human ancestors learned to sail half a million years ago, study suggests 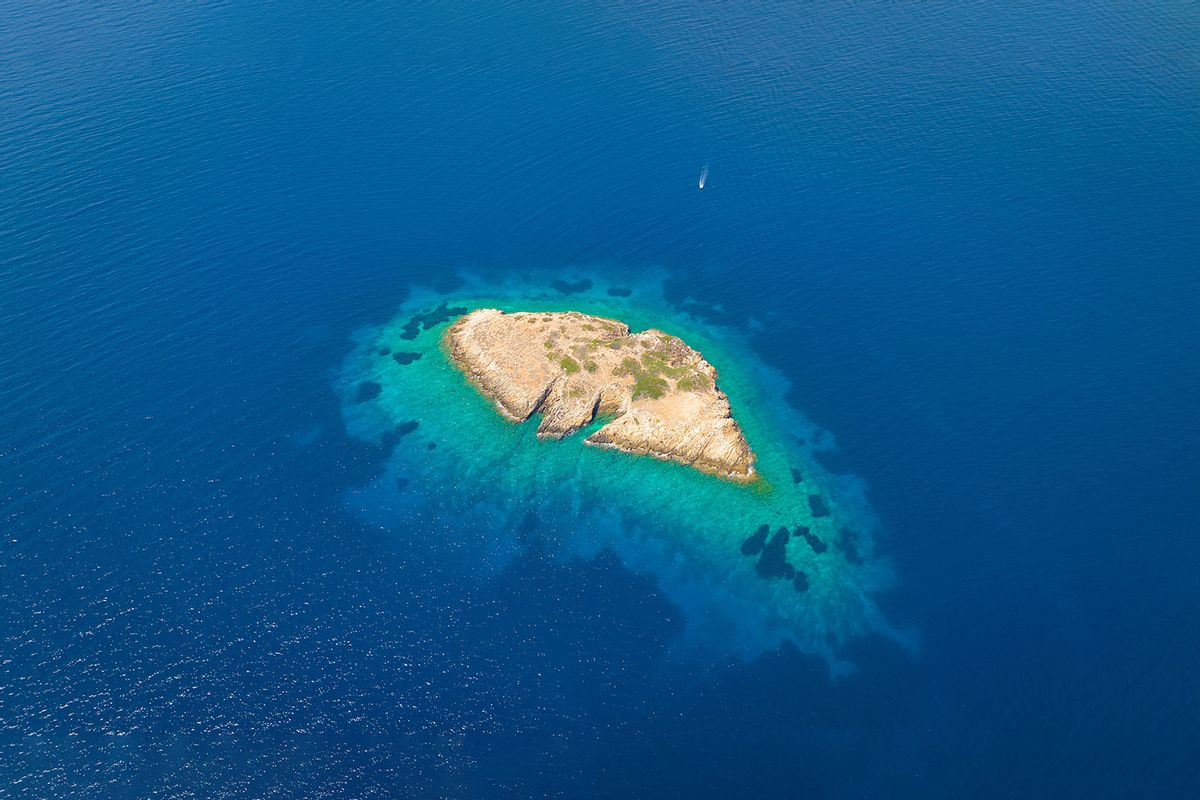 A boat approaching a small island in the Aegean Sea. (Getty Images/George Pachantouris)
--

Imagine ancient hominids sailing the Mediterranean hundreds of thousands of years before humans (Homo sapiens) appeared. The idea might sound bizarre: we think of boats as a human transportation technology, something that, like the wheel, our primitive ancestors developed at the dawn of civilization. So the revelation that a precursor to humans — meaning, a species of closely-related hominids that predate us — may have invented the boat and even sailed the Mediterranean long before us is a shocking proposition.

Yet that is exactly what new research suggests: hominids crossed the Mediterranean Sea much earlier than previously thought — before even Homo sapiens first appeared — which means these ancient humans must have learned how to sail nearly half a million years ago. The study prompts a shocking re-evaluation of an activity and a technology that seemed distinctly human.

The first humans and our many hominid cousins like Neanderthals originated in Africa, but it wasn't long before we wandered off to other continents. And this happened not just once, but multiple times, with some genetic evidence suggesting some subsets of humans even later returned to Africa.

Why would these ancient hominids would want to visit these islands? One theory is that they were hunting wild game, such as now-extinct dwarf elephants.

Getting the timeline right on some of these details is a major field of study because it helps shape our understanding of human evolution. New research in the journal Quaternary International may shift the historical record significantly for when hominids, a group that includes primates including humans and our close relatives, first started sailing the sea north of Africa.

The Aegean Sea is an arm of the Mediterranean Sea, located to the east of the Greek mainland and the western coast of Turkey, and is dotted with dozens of islands, including Rhodes and Crete. It's currently a site of contention, as Greece and Turkey argue over militarizing these areas. But hundreds of thousands of years ago, there is evidence that hominids — most likely Homo erectus — visited these islands, leaving behind traces of their activity in the form of tools and bones.

Were neanderthals meat-eaters? A new study provides the strongest evidence yet

Homo erectus is an extinct species of human whose name simply means "upright man." They were one of the first hominids to depart Africa and used tools like stone hand axes, which could have been used to cut down trees and build rafts. However, the evidence for this — actual wood boats, say — is a bit scant. Any ships or boats used to make this journey were likely made from trees that decayed long ago. They may not have used rafts either, and instead just floated across on large pieces of driftwood.

Either way, somehow H. erectus made it to a few of the Aegean islands. Previous theories suggested this happened on foot, as in H. erectus used ice bridges during major glacial events. At least five of these events are known to have occurred during this time period.

"The Aegean Sea may be considered the cradle of sea-crossing in the Mediterranean world."

Yet the new paper suggests the foot-bridge theory probably didn't happen. Researchers reconstructed the shoreline of the Angean Island Chain, estimating the fluctuation of sea-level combined with the rate of the ground sinking due to tectonic plate activity. This data suggests that there's no way these islands would be accessible by foot, even if there were a major ice age. There would still be way too much water in the way, leaving the only explanation that they crossed another way — specifically, by sea.

"Therefore, the Aegean land/seascape motivated the archaic hominin to develop the necessary cognitive capabilities such as spatial awareness way-finding strategies and sea-craft building," the authors write. "And hence, the Aegean Sea may be considered the cradle of sea-crossing in the Mediterranean world."

This raises the question of why these ancient hominids would want to visit these islands. One theory is that they were hunting wild game, such as now-extinct dwarf elephants that lived in the region.

"These compel us to reconsider the general view, that sea-crossing was a skill innovated and used solely by H. sapiens but instead it had been earlier acquired by earlier hominin lineages in the Middle Pleistocene," the authors write. The Middle Pleistocene was a geological epoch that occurred between about 780,000 and 125,000 years ago. "Furthermore, considering that the archaic hominins were able to cross the Aegean Sea, they would also have been capable of crossing the Gibraltar Straits," which separate southern Spain and the northern coast of Africa.

Humans tend to think that we're pretty special and that our hominid cousins like Neanderthals and Homo erectus were dumb in comparison. But this human-centric perspective isn't supported by evidence. We know that these ancient humans were a lot like us, not just genetically, but about as intelligent as well. They made tools, art, and much more. The idea that they built rafts or even just hopped on floating logs to cross huge straits of water isn't so far-fetched.