Neanderthals knew something about healthcare that America has forgotten

A study of Neanderthals suggests that "organized, knowledgeable and caring healthcare is not unique to our species" 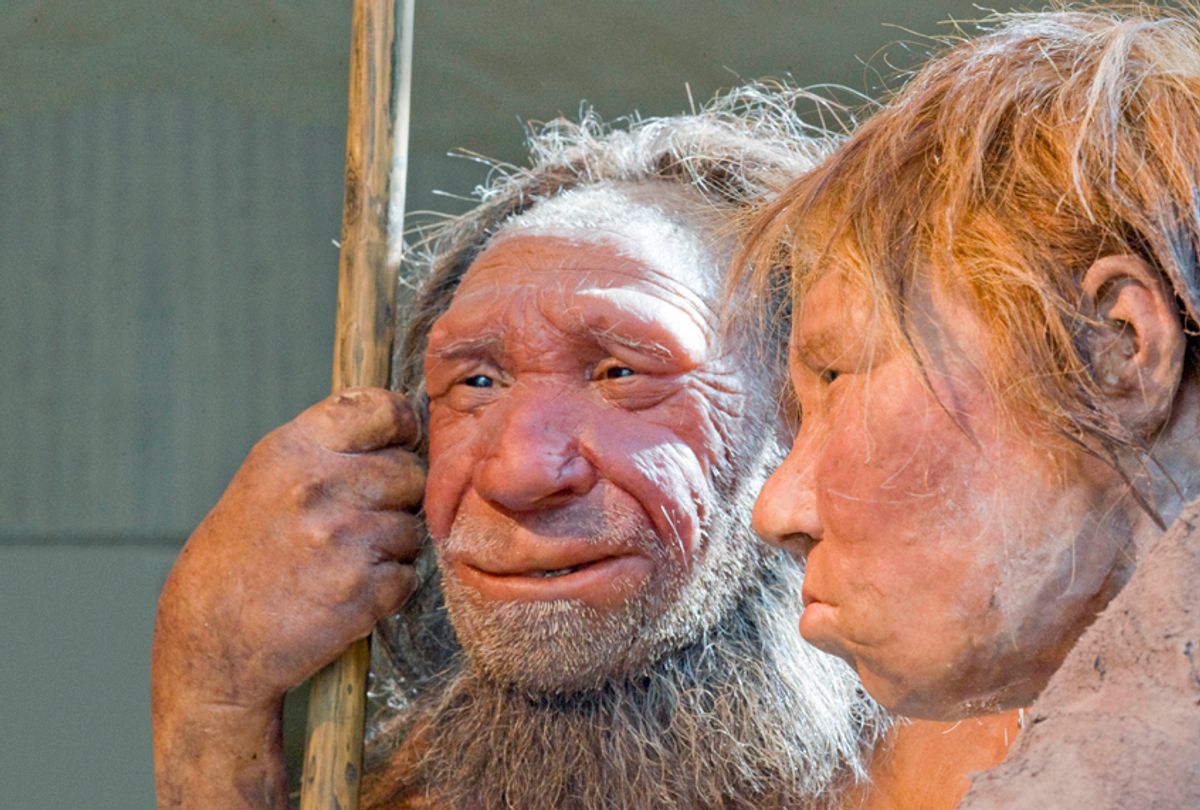 Over 40,000 years ago a Neanderthal male — let’s call him Neanderthal Joe — between the ages of 25 and 40 suffered from a myriad of health issues in his last year of life, including a degenerative disease in the spine and shoulders and temporomandibular joint arthritis (TMJ). In prehistoric times, when hunting and foraging were key to survival, this would have put Neanderthal Joe in a vulnerable position, as the degenerative disease likely caused him to weaken in his arms and shoulders.

The common stereotype of Neanderthal would have you believe that this group of hominids were untamed, dumb, and perhaps even violent — an assumption that might lead you to assume that, in the situation above, his tribe might have seen an ailing Neanderthal Joe as a weight on their collective survival. However, articulated remains reveal that Neanderthal Joe was part of his community until his very last breath, according to a University of York study — published in the peer-reviewed journal Taylor & Francis. It appears he even received direct support from his community, such as hygiene maintenance and fever management, for of his many health problems.

In the fascinating study, researchers argue that medical care was an integral part of Neanderthals’ lives, and the motivation to take care of each other was likely driven by compassion and empathy.

“There is no reason to assume the healthcare practices in Neanderthals were driven by the necessity of a life that was unusually harsh rather than being a caring social and cultural response to illness, injury and vulnerability,” researchers say.

The remains of another Neanderthal male, between the age of 40 and 55, reveal that he too was cared for on at least two occasions before his death. The first time was to heal a fracture of the right femur which would have kept him from being mobile, researchers explain. Later on, he was also diagnosed with hypertrophic pulmonary osteoarthropathy, a condition whose symptoms include loss of appetite, fevers, loss of energy, and sleeplessness.

“This same lack of energy, combined with acute and/or chronic pain and likely loss of psychological as well as physical resilience, would render more sedentary tasks increasingly difficult to accomplish,” researchers explain in the study. “Dedicated care, including monitoring, massage, manipulation and repositioning, fever management, and hygiene maintenance, would be required during acute episodes.”

His mortuary treatment after death suggested he was taken care of — not abandoned.

In essence, you can argue that Neanderthals viewed healthcare as an innate part of their culture, or even — daresay — a right. They may not have had the capability of intellectualizing such a thought at the time, but their actions speculated by researchers suggest so.

It is ironic that this research has been published at a political moment in which healthcare, and whether it should be an innate right or a privilege, is being intellectually litigated over by legislators. While Republicans tend to believe it is a privilege and Democrats (with a few exceptions) believe it is best run by private, for-profit actors, both views are at odds with prehistory, and belie hominids' tribal impulses to care for each other even when the infirm were no longer socially useful to society. Currently, we are amid a continuous debate over whether or not Americans should receive access to free healthcare or not. Medicare For All, a universal healthcare policy initiative that Senator Bernie Sanders, I-Vt., campaigned for during the 2016 election, has morphed into a heated debate that is staking out the soul of the largely resistant Democratic Party.

Meanwhile, on the right, many pundits argue that homo sapiens have no right to healthcare whatsoever. Right-wing magazine The Federalist published an article, "Why Nobody Has A Right To Health Care," that sounds exactly like what it is; FreedomWorks, the conservative policy organization with ties to the Koch Brothers, has published an op-ed arguing precisely the same. One wonders if these conservatives would feel different if confronted with the prehistorical compassion of our relatives.

Moreover, these findings actually fit well with earlier research regarding (human) compassion. A 2013 academic study suggested that generosity was "more evolutionarily advantageous than selfishness," as Atlantic columnist Julie Beck wrote at the time. In fact, most anthropological studies on this kind of thing tend to contradict countervailing conservative and free-market wisdom about hominids being inherently self-interested and individualistic — yet the right persists in pushing sophistic ideology to justify the cruelty of oppressive, unregulated free market societies.

The genes within Neanderthal Joe are in many of us, too: early humans and Neanderthals interbred. People of Asian and European ancestry have a genome comprised of about one to three percent Neanderthal DNA.

“The very similarity of Neanderthal healthcare to that of later periods has important implications however – that organized, knowledgeable and caring healthcare is not unique to our species but rather has a long evolutionary history,” researchers explain.

If compassion was a primitive state of Neanderthals, is that true of humans, too? And if the answer is yes, then is it even more absurd that America is still debating over whether we should be expected to care for the infirm — given that Neanderthals, who were threatened by disease and predators everyday, understood that healthcare was a birthright?