Rep. Keith Ellison: We must convince Dems to push Medicare for All

Rep. Keith Ellison is leading the House charge for Medicare For All — and he's frank about pushing the Dems left 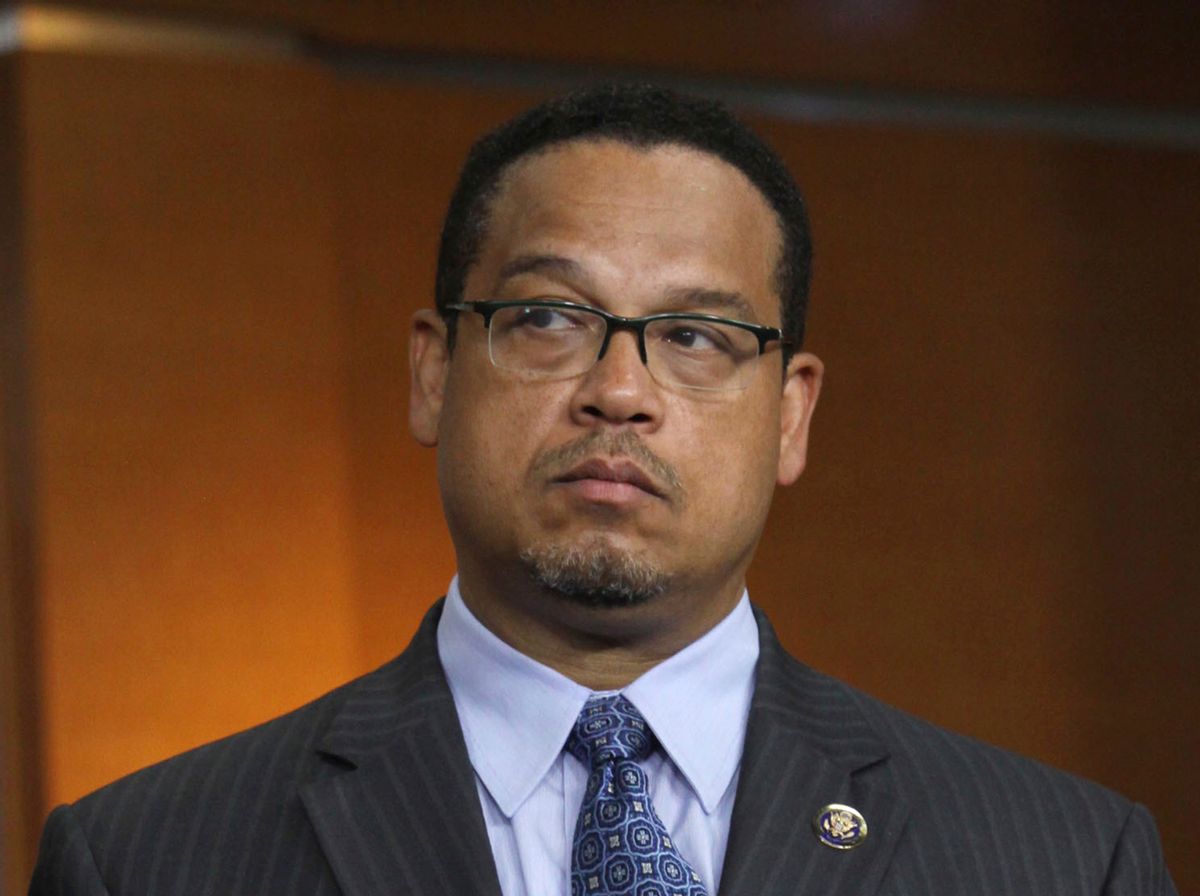 It’s no secret the Democratic Party wasn’t a united front during the 2016 presidential election. Indeed, it appeared that there were two parties within the left: labor-allied Democrats who embraced progressive and/or democratic socialist ideals, and Democrats who weren’t ready to part with the big business wing of the party. This divide manifested most visibly in the split between Bernie Sanders supporters and die-hard Hillary Clinton supporters.

These fissures haven't disappeared in the intervening  years  — which is perhaps why the appointment of Joe Kennedy to give the party's State of the Union response address in January gave some within the party hope, while frustrating others. One of the so-called progressive pillars that has been most divisive among Democrats is Medicare For All, a universal healthcare policy initiative that Senator Bernie Sanders, I.-Vt, campaigned for during the 2016 election.

Now, another progressive-wing stalwart, Rep. Keith Ellison, D-Minn., said that his party is slowly uniting around the issue.

“Our movement [for Medicare for All] is ascending, but the truth is that, for many years, people weren’t there,” Ellison said in an interview with Yahoo News on Sirius XM’s politics channel, called POTUS. “So more and more people are coming on every day, but not everyone is on. We have to convince them, we have to talk to them, we need to engage in a respectful, fact-based debate about which systems are the best.”

Ellison is in charge of leading the bill known as “The Expanded & Improved Medicare for All Act” (H.R. 676), which would give free health care to all Americans. The coverage would include primary care and prevention, dietary and nutritional therapies, prescription drugs, emergency care, long-term care, mental health services, dental services, and vision care, according to the bill.

“Everybody would get a card, and you can get the care that you need, not unlike what they have in Canada right now. And truth be told, every major industrial country has a universal system; many of them have single-payer systems,” Ellison said on the podcast.

“I’ve never met a Canadian that wants to switch their system for ours,” he continued. “They like their system. Do they complain about it? Yes. Because, guess what? People complain about stuff no matter where they live. … But I can tell you that people who live in Canada and benefit from that health care system, they like it.”

Hillary Clinton wasn’t a progressive in this regard: her biggest concession to the left on the health care issue was a suggestion that citizens could buy into Medicare. At its heart, private health insurance does not serve people, but for-profit corporations. The entire concept of a privatized or semi-privatized healthcare system suggests that health insurance is a commodity, not a right.

If Ellison is right, and the party is slowly inching towards supporting universal health care, that could be indicative of a greater shift within the Democratic Party. It could mean that those who once pegged themselves as centrists are inching left — in some ways, mimicking the right's co-optation of left-populist rhetoric. While this sounds positive for Democrats — at least the genuinely progressive ones — it only widens an apparently irreparable divide. Yet, it could give Democrats a real shot at winning the next election — after all, polls suggest the more populist and genuinely left candidate, Bernie Sanders, would have soundly defeated Trump.