How Breitbart co-opts the language of the left

Breitbart's writers are fond of quoting socialists, sometimes while red-baiting at the same time 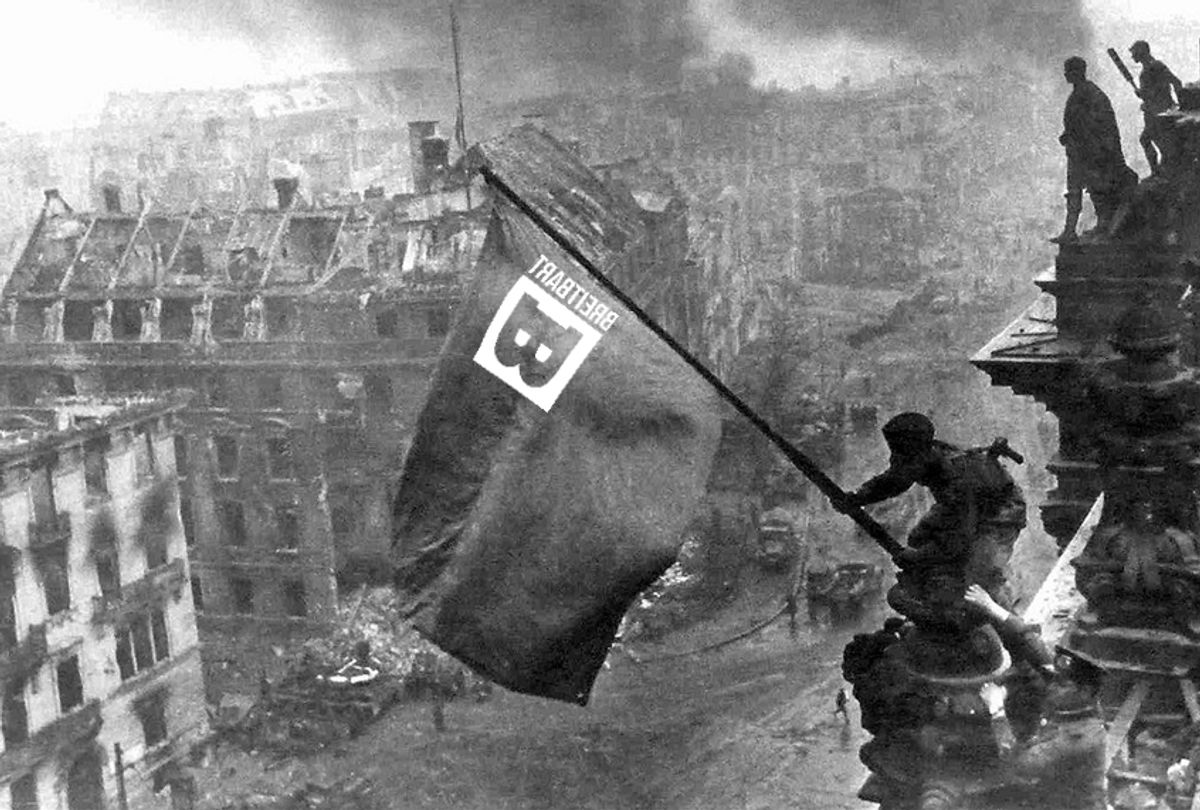 In a recent article on Breitbart celebrating the decline in climate change–related grant applications from scientists, the far-right website mocks environmental scientists as “second rate hacks,” compares them to muggers, analogizes climate science to the philosophy of a Soviet pseudoscientist, and then concludes by reverently quoting outspoken socialist novelist Upton Sinclair.

It takes a special kind of hubris to red-bait in one sentence, and then paragraphs later, respectfully cite a man who once ran on the Socialist Party ticket for congressman. But the rhetoric of the left — whether it’s quoting Marxists or calling upon the language of class war — is built into the voice of Breitbart News, which many cultural critics perceive as a bastion of alt-right and "racialist right" demagoguery.

Breitbart’s contradictory editorial strategy goes beyond earnestly (and maybe unknowingly) quoting lefties. In many articles, Breitbart channels the Marxist logic of class warfare — yet turns it on its head by inverting the relationships between exploiter and exploited. “The history of all hitherto existing society is the history of class struggles,” Marx wrote in the opening of "The Communist Manifesto." “Freeman and slave, patrician and plebeian, lord and serf, guild-master and journeyman, in a word, oppressor and oppressed, stood in constant opposition to one another.”

Strangely, the spectre of Marx still haunts Breitbart. The Hegelian binarism inherent to Marxist thinking — and which still underlies basic organizing strategies — is re-appropriated in Bannon’s digital rag. Take the aforementioned article on climate science grant proposals, written by James Delingpole: just as Marx described history as characterized by class struggles, writers like Delingpole use the same pattern — in his case, painting climate scientists as an all-controlling group of exploiters, which Delingpole demeans at every turn. “[F]or the poor saps who have to fund this bogus [climate science] research – ie: everyone else – it’s like a mugger in Central Park suddenly apologizing and handing your wallet and iPhone back,” he spits. The battle lines are drawn: there are “climate scientists,” and there’s “everyone else.” Perhaps not as eloquently delineated as “patrician and plebeian,” but we get the picture.

Upton Sinclair isn’t going to win a trophy for Most Aggrieved Dead Leftist Whose Words are Abused by Breitbart’s Coterie of Sophists. That honor would undoubtedly go to George Orwell, the socialist novelist who fought with leftists and Anarchists in the Spanish Civil War. Hundreds of references to Orwell, largely in the context of “1984,” dot the digital pages of Breitbart. Most of these articles misunderstand Orwell’s purpose in writing “1984,” and interpret it as a right-wing prophecy. Here’s one Orwell quote, lifted from his 1936 book “Why I Write,” which I’ve never seen in the pages of Breitbart: “Every line of serious work that I have written since 1936 has been written, directly or indirectly, against totalitarianism and for democratic socialism, as I understand it.” Which is interesting, inasmuch as every line of every article in Breitbart has been written, directly or indirectly, against democratic socialism and for a right-wing ethno-state, as far as I understand.

The abuse of Orwell is, at least, a bit more understandable: his books have become somewhat of a political tabula rasa, for better or worse. Like the movie "The Matrix," whose red pill-blue pill scene can (and has) been bent in many different political directions, Orwell’s vision of totalitarianism was just removed enough from the real world that it could be readily mapped onto anyone’s vision of totalitarianism. Oceania could have sprung from a liberal capitalist democracy whose security apparatus ran amok, or a Stalinist government that went the same way; both are equally imaginable.

But if Orwell gets the award for being most abused by Breitbart, Sinclair wins for inspiring the most hypocrisy — mostly because of Delingpole's lack of knowledge. Indeed, Delingpole is a particularly interesting example of a right-wing writer who espouses leftist rhetorical strategies — in part, because he is especially enamored of Upton Sinclair. I count at least five different Breitbart articles in which Delingpole uses that same Upton Sinclair quote, “it is difficult to get a man to understand something when his salary depends upon his not understanding it.” Does Delingpole know who Upton Sinclair was? He certainly doesn’t know where that Sinclair quote originally appeared, or he might be far more cautious in employing it; that’s because when this quote appeared in Sinclair’s 1935 book “I, Candidate for Governor: And How I Got Licked,” it was in the context of explaining why news editors and journalists were too brainwashed to accurately cover Sinclair’s socialist reforms. In other words, Sinclair wrote this to refer to writers, like Delingpole, who were too daft to comprehend progressive ideas — because their salaries depended on them not understanding it.

Here it is in context of Sinclair’s discussion of his plans for a social security program, and the hurdles he faced in getting accurate reporting on it at the time:

“In the course of the summer President Roosevelt announced a program of social insurance which he said would be one of the tasks of the new Congress. Naturally that made it futile for any State to go ahead with a pension program, and I said that the EPIC [End Poverty in California] movement would wait and see what Congress did before taking up this subject. Again a chorus from the hostile newspapers: ‘Sinclair drops his pension plans.’ …. How easy for me, when the proposal first came before the public, to say yes, of course, I favored it; pay the old people pensions, pay them anything they want — two hundred a month, or two thousand a month. They have worked hard all their lives, the dear, good old people, and why should they not have comfort and security in their old age?

The newspapers [would] challenge me to say where I was going to get the money [for Sinclair’s pension plan], and when I answered they did not publish what I said. Impossible for any editor of a commercial newspaper to understand the difference between a profit system in a state of collapse, driving the State and everyone in it to bankruptcy, and a system of production for use in process of growth, providing security and plenty for all. I used to say to our audiences: 'It is difficult to get a man to understand something, when his salary depends on his not understanding it!'"

The difficulty Sinclair faced in getting newspapers to accurately cover his cause should be familiar to any climate scientist working today.