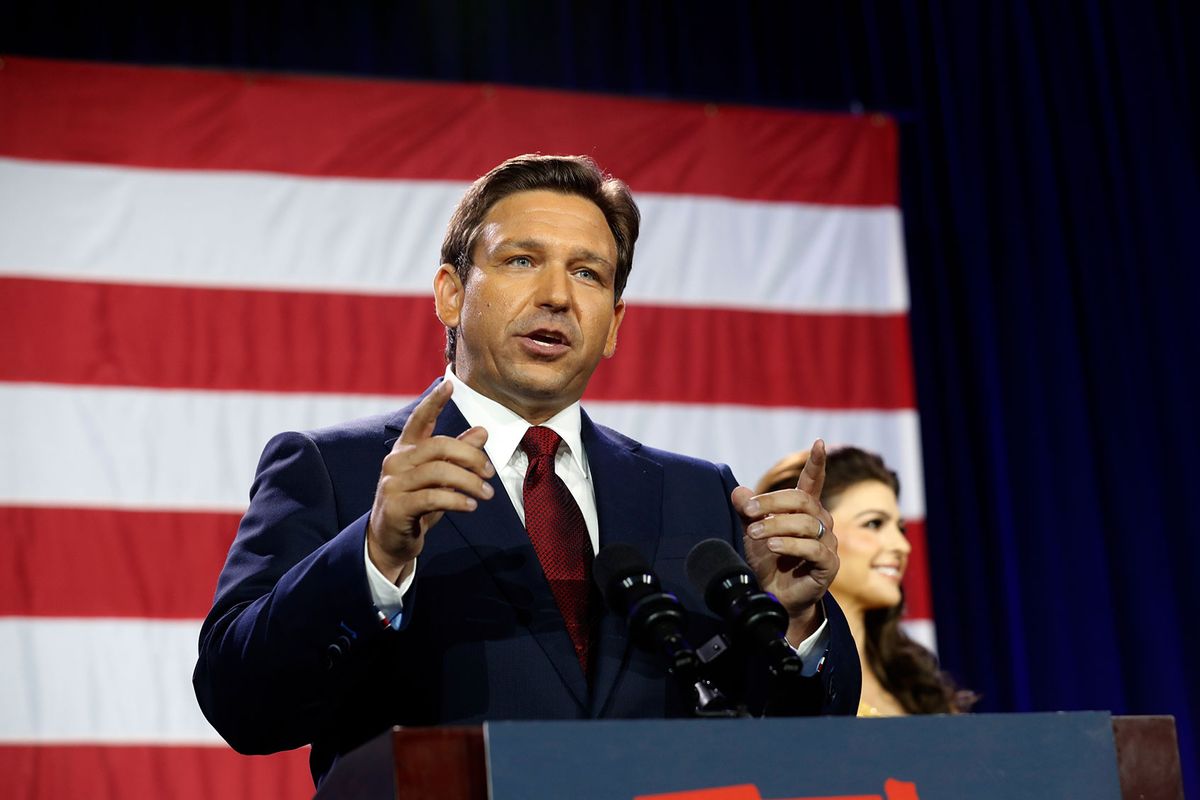 After her identity as creator of the Libs of TikTok account was revealed, Chaya Raichik received a phone call from Ron DeSantis' team, inviting her to stay at the Florida Governor's mansion if she felt unsafe, Raichik told Fox's Tucker Carlson.

The real estate agent made her first public, non-disguised appearance Tuesday on "Tucker Carlson Today," putting a face to the name behind the conservative account, which frequently mocks liberals and promotes anti-LGBTQ rhetoric.

Back in April, Taylor Lorenz of The Washington Post published a story about Raichik​​​​​​ that revealed her identity, which Raichik said led to her receiving numerous threats. DeSantis reached out to offer her a safe haven.

Libs of TikTok: The Twitter troll who took Trump's place

"When I was doxxed, someone from Ron DeSantis' team called me. She said, 'The governor wanted me to give you a message. He said if you don't feel safe—you or your family—if you need a place to go, to hide, to stay, you can come to the governor's mansion.' She said, 'We have a guest house for you and you can come and stay as long as you need,'" Raichik told Carlson.

While Raichik did not take DeSantis up on his offer, she expressed her gratitude for his gesture on the show.

"I was almost in tears," she said. "He took time out of his extremely busy schedule to send someone to call me to make sure I'm safe. It was incredible, I don't even have the words for it."

Raichik added that while her name and location were published in Lorenz's story, her photos had never before been made public.

"I never did any in-person events, and I'm choosing to do that now because I feel like, over the past few months, I've done so much," she added. "I've helped educate people. I know that I've helped create legislation to tackle some of these issues, and I think I've done all I can, and I am ready for the next step."

The account has targeted liberal activists, civil rights protesters and even school teachers, accusing them baselessly of  "grooming" and "indoctrinating" children with LGBTQ rights.

On several occasions, the content has been shared by right wing media outlets and has received multiple shout-outs from podcasting star Joe Rogan, boosting Raichik's profile and following.

Raichik said her earlier decision to shield her identity was to protect herself from "the hatred that the Left has and their violent nature."

But now, she has decided to finally go public "to help people fight this [liberal] agenda" and expand her brand of activism.

"I think I'll be a lot more effective when I'm not so anonymous anymore," Raichik told Carlson. "And I'm excited, I already have a couple speaking engagements planned."

Her work has already become an agenda-setter in right wing online discourse and has even directly impacted legislation, according to The Washington Post.

DeSantis' press secretary Christina Pushaw credited the account with "opening her eyes" and informing her views on the state's restrictive "Don't Say Gay" bill that prohibits the discussion of "sexual orientation or gender identity" in classrooms.

Raichik didn't hold back on attacking the LGTBQ community while on Carlson's show.

"The LGBTQ community has become this cult and it's so captivating, and it pulls people in so strongly, unlike anything we've ever seen," she told Carlson. "And they brainwash people to join and they convince them of all of these things, and it's really, really hard to get out of it."