How sepsis can lead to cell death

Sepsis is one of the most expensive medical conditions in the world. New research clarifies how it can kill cells 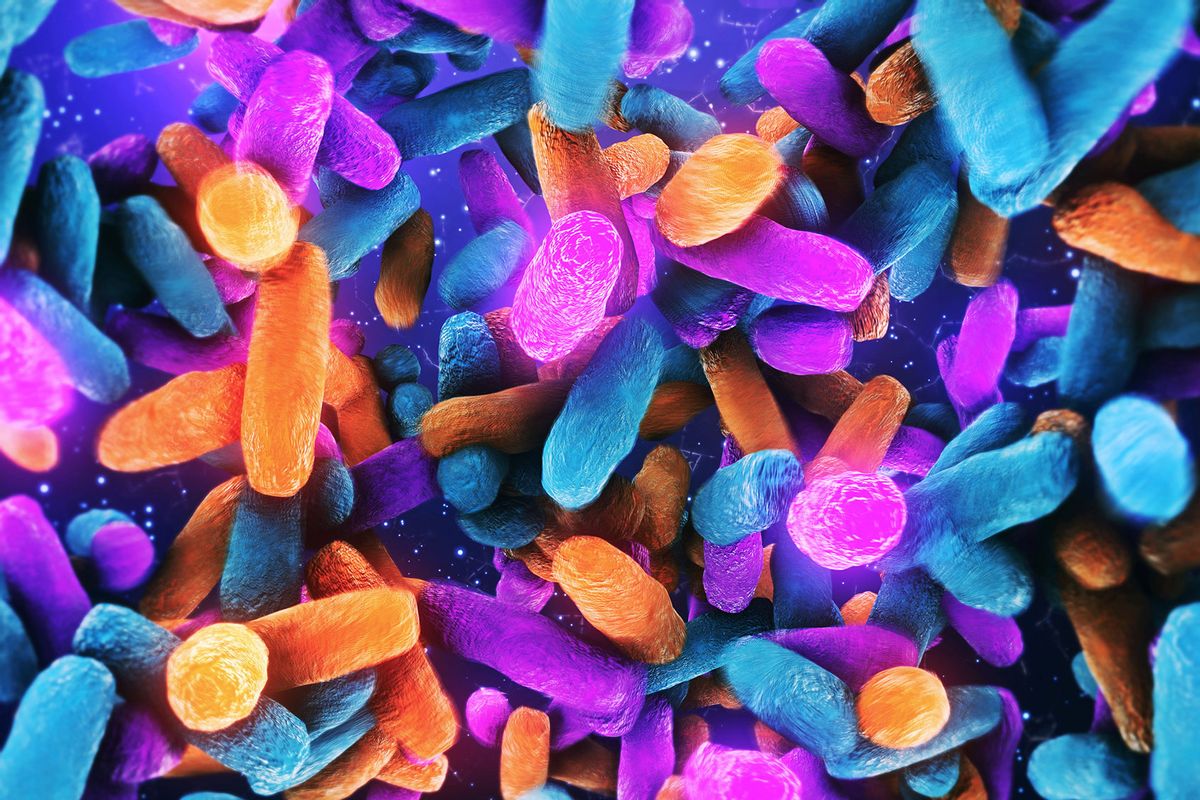 Sepsis is a life-threatening condition arising from the body's overreactive response against an infection, leading it to injure its own tissues and organs. The first known reference to "sepsis" dates back more than 2,700 years, when the Greek poet Homer used it as a derivative of the word "sepo," meaning "I rot."

Despite dramatic improvements in understanding the immunological mechanisms behind sepsis, it still remains a major medical concern, affecting 750,000 people in the U.S. and nearly 50 million people globally each year. Sepsis accounted for 11 million deaths worldwide in 2017, and is the most expensive medical condition in the U.S., costing over tens of billions of dollars annually.

We are researchers who study how certain types of bacteria interact with cells during infections. We wanted to understand exactly how an overreactive immune response can result in detrimental and even lethal effects like sepsis. In our newly published research, we discovered the cells and molecules that potentially trigger death from sepsis.

TNF in autoimmunity and sepsis

The body's response to infection starts when immune cells recognize components of the invading pathogen. These cells then release molecules like cytokines that help eliminate the infection. Cytokines are a broad group of small proteins that recruit other immune cells to the site of infection or injury.

While cytokines play an essential role in the immune response, excessive and uncontrolled cytokine production can lead to a dangerous cytokine storm associated with sepsis. Cytokine storms were first seen in the context of graft versus host disease, arising from transplant complications. They can also occur during viral infections, including COVID-19. This uncontrolled immune response can lead to multi-organ failure and death.

Among the hundreds of cytokines that exist, tumor necrosis factor, or TNF, stands tall as the most potent and the most studied for nearly the past 50 years.

Tumor necrosis factor owes its name to its ability to induce tumor cells to die when the immune system is stimulated by a bacterial extract called Coley's toxin, named after the researcher who identified it over a century ago. This toxin was later recognized to be lipopolysaccharide, or LPS, a component of the outer membrane of certain types of bacteria. LPS is the strongest known trigger of TNF, which, once on alert, aids in the recruitment of immune cells to the infection site to eliminate invading bacteria.

In normal conditions, TNF promotes beneficial processes such as cell survival and tissue regeneration. However, TNF production must be tightly regulated to avoid sustained inflammation and continuous proliferation of immune cells. Uncontrolled TNF production can lead to the development of rheumatoid arthritis and similar inflammatory conditions.

In infection conditions, TNF must also be tightly regulated to prevent excessive tissue and organ damage from inflammation and an overactive immune response. When TNF is left uncontrolled during infections, it can lead to sepsis. For several decades, studies of septic shock were modeled by investigating responses to bacterial LPS. In this model, LPS activates certain immune cells that trigger the production of inflammatory cytokines, in particular TNF. This then leads to excessive immune cell proliferation, recruitment and death, ultimately resulting in tissue and organ damage. Too strong of an immune response is not a good thing.

Researchers have shown that blocking TNF activity can effectively treat numerous autoimmune diseases, including rheumatoid arthritis, psoriatic arthritis and inflammatory bowel disease. Use of TNF blockers has dramatically increased in the past decades, reaching a market size of roughly $40 billion.

However, TNF blockers have been unsuccessful in preventing the cytokine storm that can arise from COVID-19 infections and sepsis. This is in part because exactly how TNF triggers its toxic effects on the body is still poorly understood despite years of research.

How TNF can be lethal

Studying sepsis might provide some clues as to how TNF mediates how the immune system responds to infection. In acute inflammatory conditions such as sepsis, TNF blockers are less able to address TNF overproduction. However, studies in mice show that neutralizing TNF can prevent the death of the animal from bacterial LPS. Although researchers do not yet understand the reason for this discrepancy, it highlights the need for further understanding how TNF contributes to sepsis.

Blood cells made in the bone marrow, or myeloid cells, are known to be the major producers of TNF. So we wondered if myeloid cells also mediate TNF-induced death.

First, we identified which particular molecules might offer protection from TNF-induced death. When we injected mice with a lethal dose of TNF, we found that mice lacking either TRIF or CD14, two proteins typically associated with immune responses to bacterial LPS but not TNF, had improved survival. This finding parallels our earlier work identifying these factors as regulators of a protein complex that controls cell death and inflammation in response to LPS.

Next, we wanted to figure out which cells are involved in TNF-induced death. When we injected a lethal dose of TNF in mice lacking the two proteins in two specific types of myeloid cells, neutrophils and macrophages, mice had reduced symptoms of sepsis and improved survival. This finding positions macrophages and neutrophils as major triggers for TNF-mediated death in mice.

Our results also suggest TRIF and CD14 as potential treatment targets for sepsis, with the ability to both reduce cell death and inflammation.