Trump walks away when questioned about Jan. 6 at New Year's Eve party: report 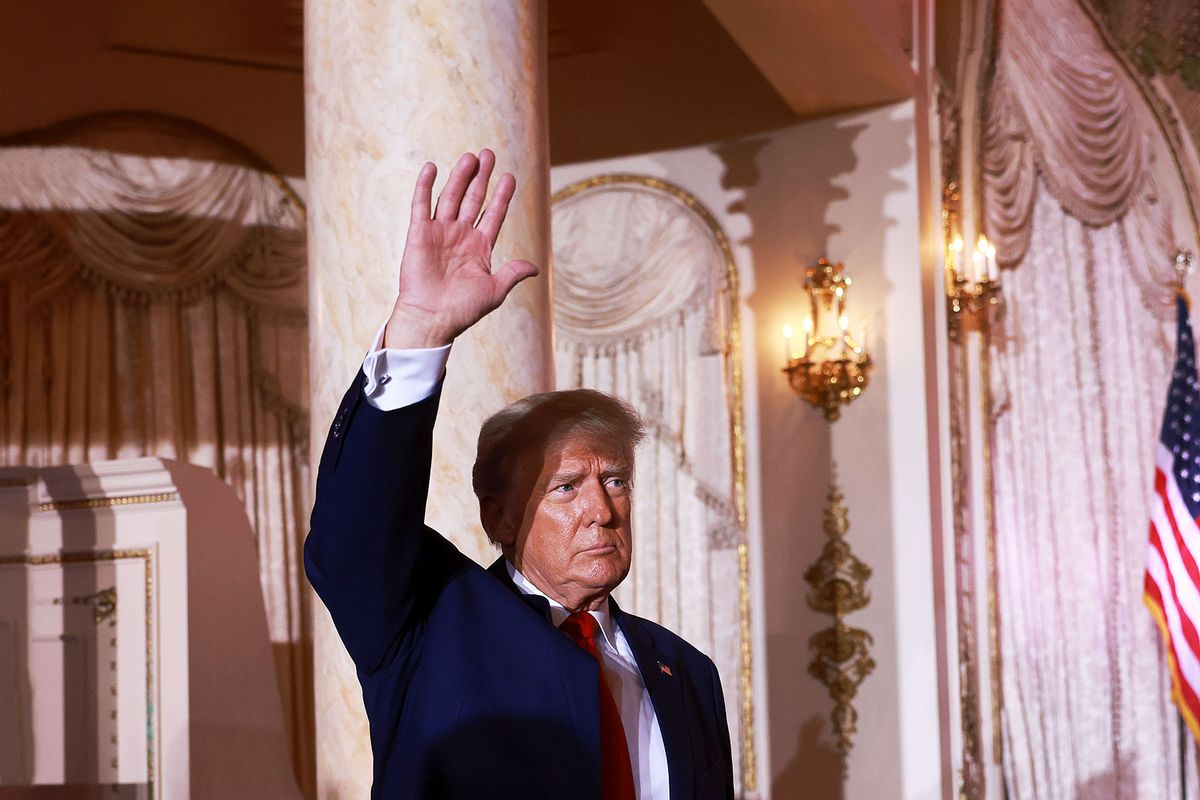 Former President Donald Trump hosted a New Year's Eve party at his Mar-a-Lago estate on Saturday, where he briefly spoke to the media.

According to the Palm Beach Post, the former president said he hoped that the Russia-Ukraine war would " get straightened out very quickly." He also claimed that he had received some poll numbers about his 2024 presidential bid that looked "fantastic" and insisted that the United States needed "a strong border and we need it now."

"But Trump notably sidestepped questions about Florida Gov. Ron DeSantis' call for an investigation of COVID vaccines, a key legacy of Trump's single term in the White House, and whether he supported a national abortion ban," the Palm Beach Post reported. "He also walked away from a question about how this week's second anniversary of the Jan. 6 violence and alleged coup attempt at the U.S. Capitol should be observed."

In December, the House select committee that investigated the Jan. 6 attack voted to refer Trump to the Department of Justice for obstruction of an official proceeding of the U.S. government, conspiring to defraud the U.S., making false statements to the federal government, and inciting or engaging in an insurrection.

A final report issued by the committee raised the possibility of additional "seditious conspiracy" charges against Trump similar to those leveled against members of the Oath Keepers militia over the insurrection.

"The Department of Justice, through its investigative tools that exceed those of this committee, may have evidence sufficient to prosecute President Trump under Sections 372 and 2384," it read.

"Accordingly, we believe sufficient evidence exists for a criminal referral of President Trump under these two statutes."

Committee member Jamie Raskin, D-Md., said that any potential further charges, beyond the four it has recommended, would be "a judgment that the Department of Justice will have to make."

With additional reporting by AFP.

Read more on the Jan. 6 committee: