Year of opportunity: Can America escape from political depression in 2023?

If 2022 offered a narrow escape and a measure of redemption, the New Year is the moment to seize America's future 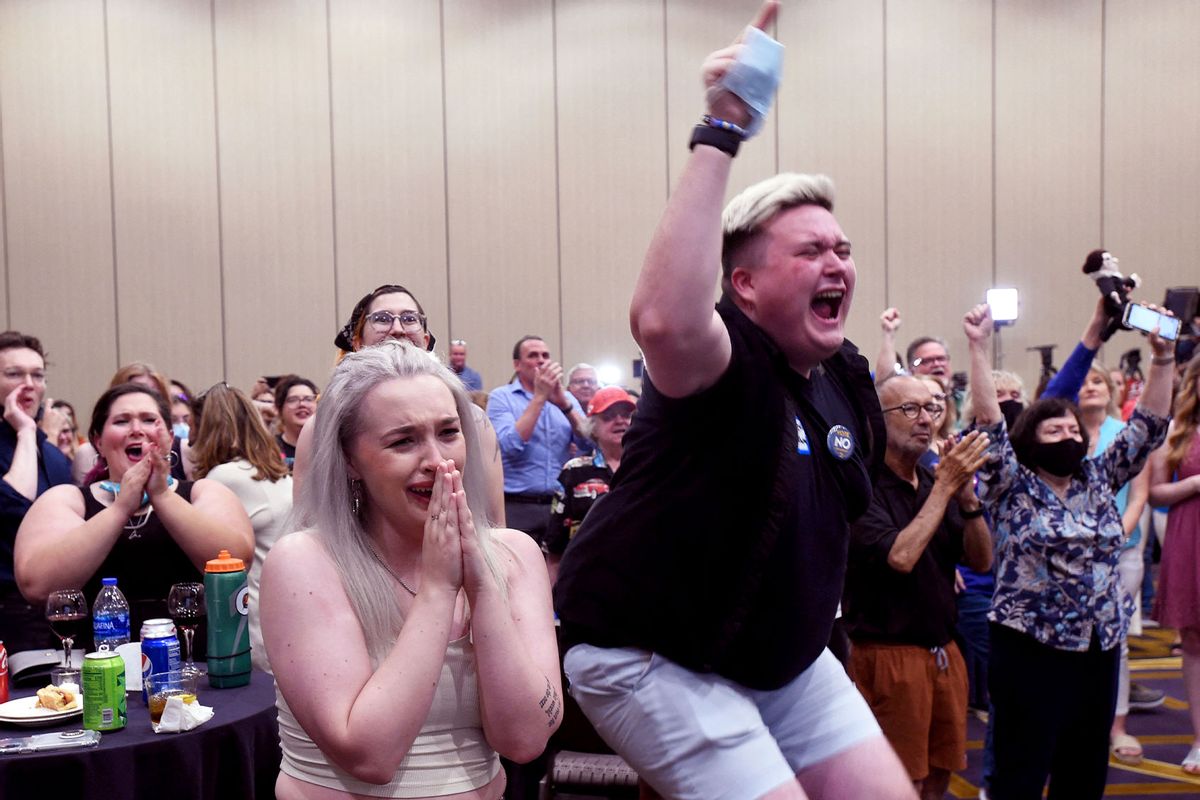 We know a great deal about how human beings respond to extreme danger. Most people exhibit a range of stress responses as a function of "fight or flight" instincts, which may include some or all of the following: dilation of the pupils, changes in heart rate and the circulatory system, rapid breathing, tunnel vision, time dilation, unreliable or overly acute memories, distorted hearing and loss of fine motor skills.

Some people stricken by fear may literally feel stuck in place, the phenomenon known as "cement feet," where they are rendered helpless and unable to move. Others faced with extreme danger and peril will remain calm, take command of the situation and lead themselves and others to safety.

Many things in that litany may seem uncomfortably familiar, given what Americans have lived through since 2015 or so. These examples of the "fight or flight" response can apply to societies and groups as well as individuals. American society as a whole has suffered great physical, emotional, psychological, spiritual, intellectual and financial trauma from the Age of Trump and the rise of neofascism. That trauma has been most acutely felt by members of marginalized and other vulnerable communities.

Today's Republican Party and "conservative" movement are experts at using political sadism and other forms of cruelty to advance their goals and agenda. The net effect is that many Americans feel disoriented and lost in time. Thus, the questions: What year is it really? Why have the last few years in America, dominated by the Trump fever dream and the COVID pandemic, simultaneously seemed to pass in the blink of an eye and to be endlessly, painfully slow?

The Age of Trump was preceded (and made possible) by decades of previous abuse delivered by "conservative" politics and gangster capitalism, with its religious doctrine that profit comes before people, as well as by a larger culture of cruelty that has fueled a profoundly unhealthy society. This trauma and abuse have become so normalized that many Americans have literally lost the ability to imagine a more humane and truly democratic culture and way of living.

The result is that American society is sick with what social theorist David Theo Goldberg describes as "political depression." He explored this in a 2018 essay for the Los Angeles Review of Books:

We awaken each day to the question: what horror faces us now? And we struggle to put our collective finger on the feeling of this moment, the gnawing sensibility of our time.

Political depression is too common a phrase to capture it. This is not the momentary defeat of a political party. There is something else at work now, responding to larger, more tectonic shifts.

The quality of "dread" has become a driver of our time. Prolonged dread is the mark of this moment, of its seeming inscrutability, its illegibility, where the improbable has become likely. Dread has many overlapping, interactive sources…. Less like fear and more in keeping with melancholia, dread has no defined object. It follows from lack: of possibility, of predictability, from denial of principle. Dread emerges out of an unpatchable tear in being, existential or social. It always seeks out that which will increase its own velocity, deepen its hold, magnify its unsettlement....

Dread freezes out all other feeling. It is world-surrounding, world-infusing. Vulgarity and violence, bigotry and brutality against the vulnerable become the bitcoin, the stealth cryptocurrency, of the politics of dread.

How are the American people grappling with their collective political depression at the dawn of 2023? Some better than others, of course. Here is an obvious bright sign: In the midterms, many Americans decided to vote against the Republicans and win a momentary victory in the long struggle to protect, strengthen and improve American democracy and freedom.

Public opinion and other research shows, however, that feelings of mental and emotional unwellness, loneliness, feelings of social atomization and alienation, depression and anxiety, and a general sense that things are going in the wrong direction still dominate the American people's collective mood and thinking.

The dread is legitimate. The political depression and disorientation are understandable. But the American people cannot afford to succumb to hopelessness, learned helplessness and surrender. These moments of challenge and crisis also represent great opportunities for positive and potentially transformative social change.

This American interregnum, when the country's democracy is still very much in flux, marks a moment when the American people still have agency, even against oppressive or hegemonic forces that sometimes feel impossible to defeat.

Shane Burley, the author of "Fascism Today" and "Why We Fight," reflected on these possibilities in a 2021 interview with Truthout:

I think we need to take time to unpack the apocalypse. There is a cultural feeling of doom, this sense that Cthulhu underlies modern society, and we are waiting for it to collapse, or worse. And we can't necessarily stop that. The far right is driven fully by this sense of millennialism, this questing after the end, and it only takes a small group of people committed to apocalypse to actually bring it to fruition in the form of mass shootings, bombings and other racist horrors. We have also reached (or passed) a tipping point ecologically and economically, it's hard to see how the political challenge of the 21st century is anything other than organizing amid a collapse.

So, the stakes have been raised by conditions, but that also opens us up to what is possible. In the 21st century, the instability and rapidity of escalating technology and social relationships allows the possibility of cataclysmic shifts at an unprecedented scale.

But this moment of potential doom or apocalypse, Burley continues, contains other possibilities as well;

Just think about the mass actions in 2020, the culmination of the last decades of really huge social movements exploding quickly aided by a new multitudinous set of social relationships. Likewise, the failures of capital and states is on full display, and only increasingly so in the age of COVID-19. ... This dialectic brings about a dual power situation, one whose ability to challenge the legitimacy of dominant institutions probably would not have been similarly possible 10 years ago. So, we don't have to live in the misery of the end times, we can live in the optimism of what is possible, and we can do it by committing to that process of healing and with the hope that it will really bring human suffering to an end.

Ultimately, "democracy" is something we do. That consists of much more than voting in elections, important as that is. It also means joining civic groups or cooperative and mutual aid associations, building activist and advocacy movements, working on or donating to political campaigns and even running for office.

We can also do "democracy" in other, more surprising ways that on the surface may not seem "political." Those might include talking to strangers, fostering animals that need homes, teaching adult literacy, visiting elderly or vulnerable people in residential facilities, supporting the arts, working in community gardens or food pantries, or helping maintain public parks, public libraries and other shared spaces.

All those activities and more can help generate the type of social capital that builds solidarity, community and a sense of human connectedness. Those kinds of relationships are a crucial bulwark against American neofascism and other civic evils that can flourish when individuals feel lost, lonely and alienated from society and community.

Several weeks before the midterms, I had the privilege of speaking with historian and journalist Adam Hochschild about America's democracy crisis and its deep origins. I asked him to speak metaphorically about what time of day it is in the American story: Have we reached the darkness of midnight?

One of the defining events of 2022 is that just enough Americans — or perhaps we should say almost enough Americans — chose the direction of sustained democracy. No one, however, can recapture the lost time, lost energy or lost lives of 2022 (or the preceding several years) that were stolen away by the traumas of the Age of Trump. In 2023 and moving forward, the American people have more crucial choices to make. Will they regain control and agency over their own lives and their society by organizing to resisting the Republican fascists on every level of political and cultural life, or will they default back to inaction and learned helplessness, once again becoming bystanders to history?

To make the question even more basic, how will they use their time? How will those of us still fortunate enough to be here use this precious year? America's future hangs in the balance.

about the American traumas of 2022