From "Aquaman" to "Avatar," ocean-centric blockbusters are eroding our terrestrial bias

Heroes like Aquaman and Namor can revive interest in the blue humanities to examine ecology, race and capitalism 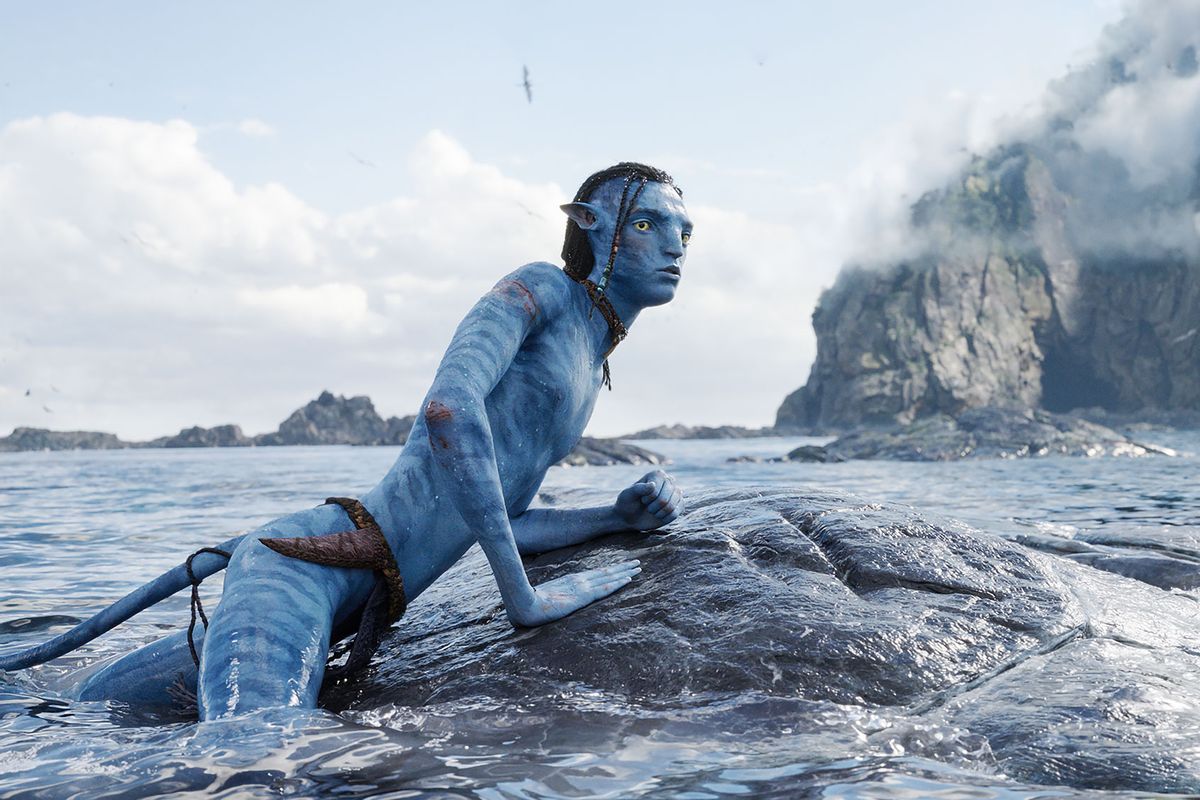 Currently, the oceans are making waves in popular culture. The oceans are prominently featured in a variety of recent blockbusters, including James Wan's "Aquaman" in 2018, its forthcoming  sequel "Aquaman and the Lost Kingdom," Ryan Coogler's "Black Panther: Wakanda Forever" and most recently, James Cameron's "Avatar: The Way of Water." In all these films, the oceans are not simply backgrounds, nondescript settings, nor flat surfaces. Rather, in each of these blockbusters, the oceans are presented as complex ecologies of depth that merit serious and sustained attention.

The immersive experience of oceans in a blockbuster movie can perhaps turn audiences into budding ocean activists.

All these movies can be understood as part of an emerging field called the blue humanities, which studies the relationship between humans and oceans. It's an urgent field of study because the oceans are becoming vast and deep graveyards due to a variety of interconnected, human-created conditions including, but not limited to, industrialized fishing, acidification, warming, sea-level rise and pollution. By 2050, the U.N. predicts there will be more plastic in the ocean than fish, and throughout the oceans, dead zones are growing and spreading.

In the 2013 article "The Blue Humanities," historian John R. Gillis suggests that popular culture is central to how we perceive and conceive oceans. In recent years, Hollywood blockbusters have recognized that oceans are in a state of crisis and have focused on how colonial forces are plundering oceans everywhere, from Earth to Pandora.

In "Avatar: The Way of Water," for example, Cameron immerses audiences into the oceans of the fictional moon of Pandora and dramatizes how this ecology is being destroyed for human profit. More specifically, the movie centers on colonial armies mercilessly hunting whale-like creatures known as tulkun because their bodies can be drained for a liquid that can stop human aging. Among the indigenous Na'vi is the Sully family, who are being hunted by humans and flee to live with the Metkayina clan, who are at one with the ocean and its inhabitants like the tulkun.

Cameron wants audiences to engage the movie on two levels: at the level of plot, and perhaps more importantly, at the level of aesthetics. Throughout the movie, there are extended underwater sequences in which the plot is largely suspended, where audiences are invited to marvel at the wonders of the oceans and to recognize the abundance of cultures flourishing beneath the surface. 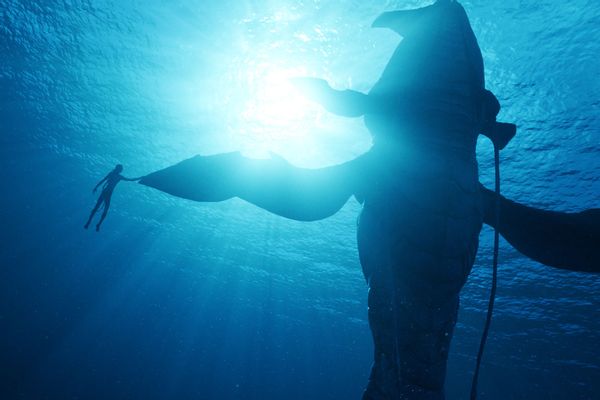 Lo'ak (Britain Dalton) and a Tulkun in "Avatar: The Way Of Water." (Photo courtesy of 20th Century Studios)In an interview with National Geographic, Cameron explains, "The film was . . .  an opportunity to show us what our oceans might have looked like 300, 400, 500 years ago, before we really got busy toward an industrial civilization. If people see this film, and aside from the drama of the Sully family and the relationships and all these big, dramatic conflicts, if they just love the underwater experience — and they love that sense of the profusion of life and the magic and mystery — then maybe it will reconnect them with what we are presently losing here on this planet." As Cameron proposes, the immersive experience of oceans in a blockbuster movie can perhaps turn audiences into budding ocean activists.

If popular culture is central to shaping our relationship to oceans, then how do superheroes, figures at the heart of contemporary popular culture, mediate this relationship? Superheroes are popular icons of justice, and in the pantheon of superheroes, perhaps the most prominent figure related to oceans is Aquaman. Aquaman is an icon of the global ocean with an explicit mission to help bridge the surface and watery world.

Aquaman's status as an object of ridicule and degradation both reflects and symbolizes the status of oceans in modernity.

Yet tellingly, prior to James Wan's 2018 movie, Aquaman was routinely ridiculed, devalued and dismissed. In the final decades of the 20th and into the 21st century, just when the blue humanities was named as a field of study, Aquaman became a perennial punchline in popular culture. This trope is exemplified in myriad cultural texts, including "The Big Bang Theory," "Entourage," "Family Guy," "Robot Chicken," "South Park" and "SpongeBob SquarePants." Even in DC Comics, Aquaman was treated and seen as a joke. In the 2011 rebrand of the DC universe titled The New 52, a massive corporate overhaul of all DC superheroes, the first issue of this new Aquaman begins with a journalist confronting Aquaman and inquiring, "How's it feel to be nobody's favorite superhero?" This question exemplifies a discourse about Aquaman, and symbolically, about the ocean as well. 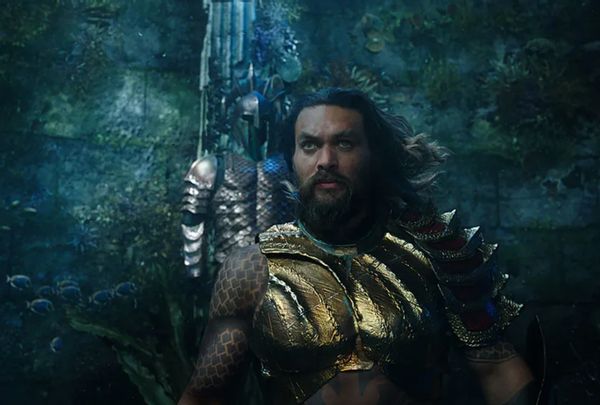 Jason Momoa in "Aquaman" (Warner Bros.)Aquaman's status as an object of ridicule and degradation both reflects and symbolizes the status of oceans in modernity. Although the global ocean comprises 71% of the Earth's surface, this ecology is largely outside of popular care and concern. Maritime historian Helen M. Rozwadowski writes, "The vast expanse of the world ocean, the dominant feature of planet Earth, has remained at the edges of our histories." Earth is a blue planet, yet humans have developed a "terrestrial bias." That is, our social and political imaginations have become landlocked, rarely venturing offshores.

Earth is a blue planet, yet humans have developed a "terrestrial bias."

This, of course, wasn't always the case. Prior to the 20th century, the oceans were central to human popular culture, as evident from Homer's "The Odyssey" to Shakespeare's "The Tempest" to Herman Melville's "Moby-Dick." It is only in the 20th century that the ocean has become a "forgotten space." This collective forgetting — or rather, repression — denies the centrality of oceans in the making of modernity. Modernity, after all, is enabled by two ships: the slave ship and the container ship. The slave ship was the central vehicle in globalizing racialized slavery and racial capitalism, and the container ship is the central vehicle of contemporary global capitalism, connecting geographies of mass production (China, for example) to geographies of mass consumption (the United States, for example). Today, container ships are the equivalent of a 44-line freight train and they can carry 220,000 tons, the weight of Chicago's Willis Tower (originally Sears Tower).

This collective forgetting of the oceans, though, is being challenged by recent popular culture. In the past few years, a cultural sea change has occurred in Hollywood with oceans becoming central ecologies in many blockbusters, including Disney's "Moana" in 2016 and "Aquaman." To the surprise of many, Wan's "Aquaman"  became the highest-grossing DC superhero movie, surpassing every Batman movie. What is so important about Wan's "Aquaman," in large part, is that this new iteration is delinked from whiteness. For all of the 20th century, Aquaman was represented as a white superhero at the center of white narratives. But Wan's "Aquaman" features Joseph Jason Namakaeha Momoa, better known as Jason Momoa, in the titular role. The casting of Momoa foregrounds how Aquaman is not a white superhero and moreover, how the ocean is not exclusively a white ecology. 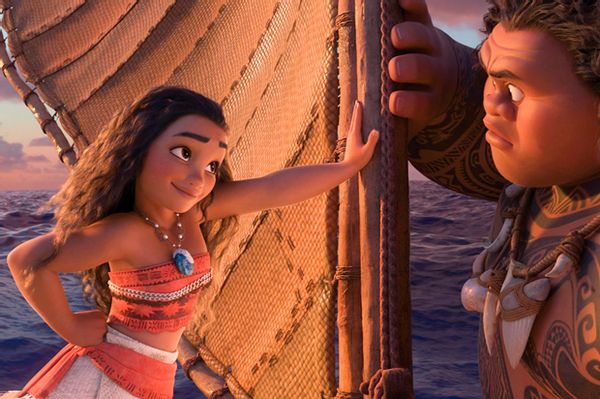 "Moana" (Disney)Momoa is openly proud of his Hawaiian and Polynesian heritage, a heritage that informs the movie. More specifically, with the casting of Momoa, Aquaman becomes a hapa superhero. The Hawaiian term hapa developed in the early 20th century to describe someone of mixed heritage, usually with Pacific Islander or Asian heritage. Hapa was originally a derogatory term used to describe mixed-raced children of Hawaiian women and plantation guest workers from China, Korea and the Philippines. However, over the course of the 20th century, hapa subjects transformed the meaning of the word from one with derogatory connotations to one charged with affirmative associations.

Aquaman symbolizes a bridge to a new ecological world order that is delinked from whiteness, from colonialism and from unregulated capitalism.

In "Mixed Asian Media," for example, Melissa Slaughter celebrates that "Aquaman" is "Hapa AF." In her review, Slaughter, who self-identifies as hapa, describes the experience of watching "Aquaman": "To be completely honest, I cried throughout the film. . . . Editor Lauren Hardie sat beside me, tears in her eyes, and we had a hapa moment . . . . in the end, when Arthur stood up to defeat the Big Bad and take his rightful place as the King of Atlantis, we cheered for Aquaman, our new hapa hero." In the interview for the magazine, Slaughter asked Momoa about being a "hapa man with a hapa family" and playing the first hapa superhero. Momoa replied, "Honestly, to be the first mixed-race superhero in 2018 is like, 'Really?' Is there not one?" While corporate superheroes are becoming more diverse, this sea change in representation is still nascent.

With Momoa in the titular role, Aquaman's identity as a mixed-race superhero becomes an explicit theme. In this new version, the underwater kingdom of Atlantis is ruled by Aquaman's half-brother Orm, played by Patrick Wilson, who is obsessed with racial purity. Early in the movie, the blond-haired, blue-eyed Orm calls his half-brother a "half breed." In fact, throughout the movie, Aquaman is called variations of this racial epithet. When Aquaman, for example, encounters the monster Karathen, the monster insults him as follows: "You dare come here with your tainted mongrel blood to claim Atlantis's greatest treasure?" (Ironically, Karathen is voiced by Julie Andrews, famous for her iconic role in "The Sound of Music," a movie about the rise of Nazism). Such racist insults are strewn throughout the movie. Aquaman is called a "half-breed abomination," "mongrel," "half breed," and "tainted." Wan's movie charts Aquaman's journey to becoming protector of the ocean, which is narrated as inextricable from the superhero learning to embrace his mixed-race status as a source of strength and power. Aquaman symbolizes a bridge to a new ecological world order that is delinked from whiteness, from colonialism and from unregulated capitalism. 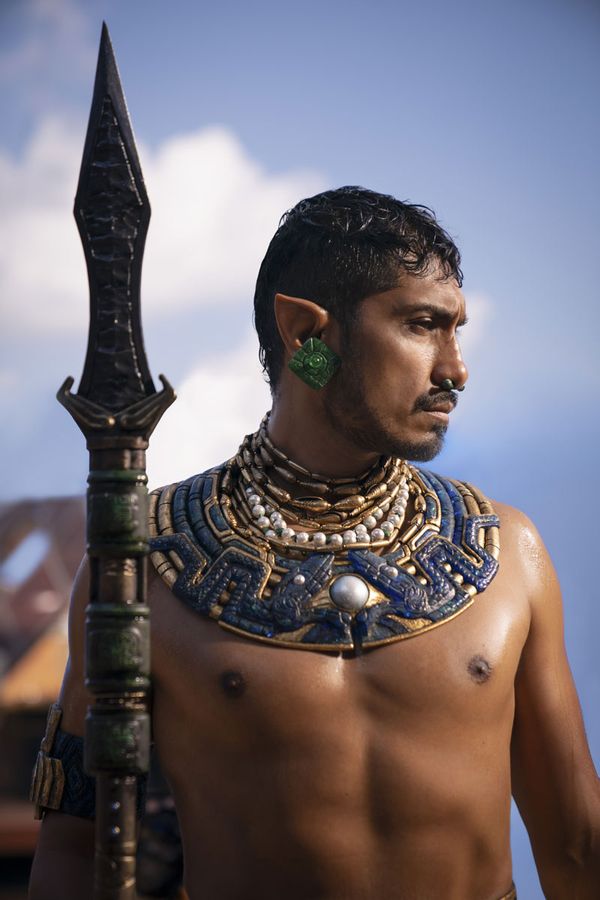 Namor, like Aquaman, becomes an Indigenous aquatic superhero who fights to decolonize the oceans and fights for a future of thriving biodiversity.

"Aquaman" importantly inspired "Black Panther: Wakanda Forever," which features Marvel's counterpart to Aquaman, Namor. In the Marvel movie, directed and co-written by Black filmmaker Ryan Coogler, Namor becomes completely reimagined — a reimagining that Coogler shares was largely because of Momoa's Aquaman. In the movie, Tenoch Huerta, a Mexican actor of Aztec and Purépecha heritage, plays the serpent god K'uk'ulkan, who his enemies call Namor. In Coogler's update of this previously white aquatic superhero, Namor's underwater kingdom Talokan is a postcolonial nation that developed in response to Spain's colonization of the oceans and the Yucatán peninsula. In this new iteration, Namor, like Aquaman, becomes an Indigenous aquatic superhero who fights to decolonize the oceans and fights for a future of thriving biodiversity.

These recent iterations of Aquaman and Namor make an important intervention in the blue humanities. They foreground how the blue humanities must make the history of racism and colonialism central to its field of study. In her article "Offshore: Descending into the Blue Humanities" (2019), race and religion scholar Justine M. Bakkker suggests that the recent turn to the oceans announced by the blue humanities is predominately a white project. Bakker writes, "the once-neglected ocean is now receiving much-deserved, much-needed attention in European and North American journals, conferences, and courses." However, as Bakker notes, long before the naming of the blue humanities, Black thinkers and artists have continually thought with and through the oceans, as evident by the work of  Frederick Douglass, Paul Gilroy, Robert Hayden, Fred Moten, Christina Sharpe, Hortense Spillers, Derek Walcott, and Kara Walker. As these Black thinkers and artists foreground, the modern world was created by slave ships, and moreover, that the Black Atlantic is central to the story of modernity.

Ryan Poll (@RyanPoll2) is a professor of English at Northeastern Illinois University. He is the author of "Main Street and Empire" and most recently, "Aquaman and the War against Oceans."