Five crucial elections to watch around the world in 2023

Argentina, Nigeria and Turkey will hold crucial elections, with inflation, corruption and democracy on the ballot 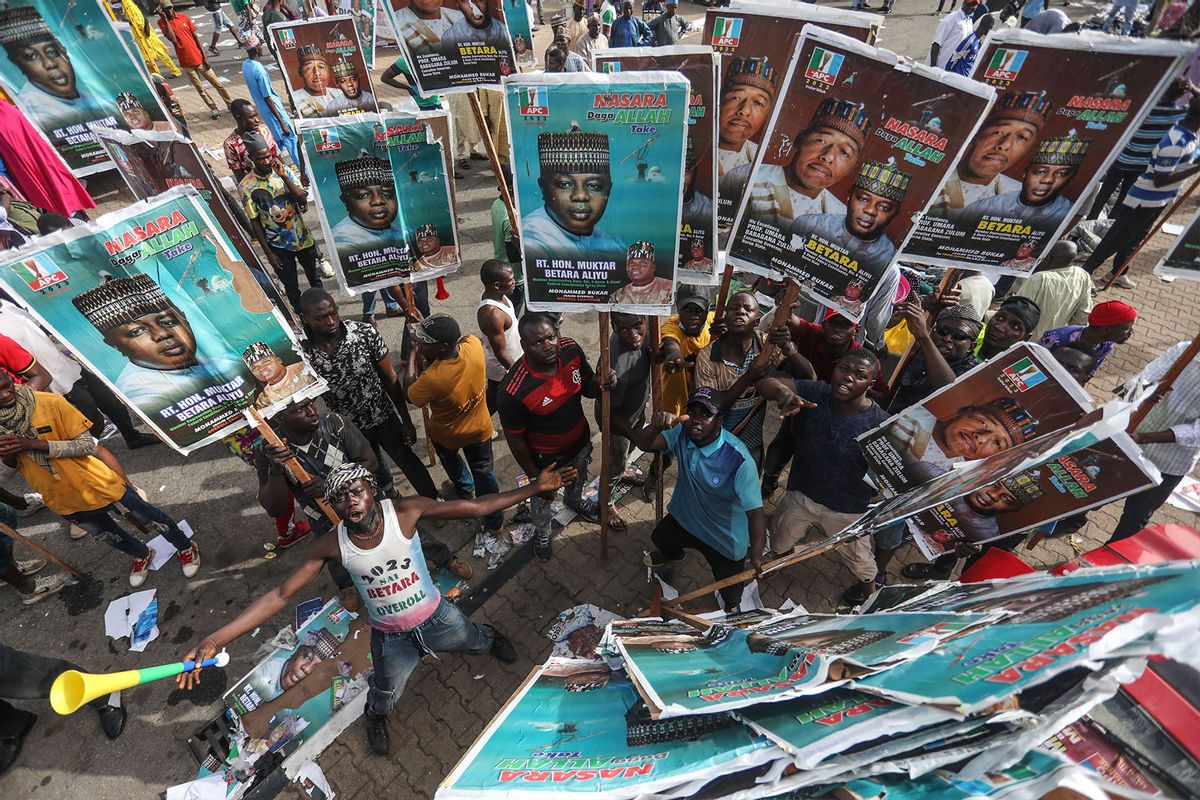 A crowd of the Nigerias ruling political party supporters, the All Progressive Congress, gather outside the partys National Convention, in Abuja, Nigeria, March 26, 2022. (KOLA SULAIMON/AFP via Getty Images)
--

Predicting the outcome of national elections can be a mug's game. Polls are often wrong, and second-guessing how people will vote months down the line can leave even the most savvy election specialist with egg on their face.

In short, there are too many unknowns: the state of the economy, late political shocks and even the weather on election day. What is known is that 2023 has its fair share on consequential races. Democracy is on the ballot in a number of nations, while common themes — such as the handling of inflation and corruption — may determine how incumbent governments and presidents fare as the ballot box. The Conversation asked five experts to provide the lowdown on what is at stake in key national votes in 2023.

Here are their psephological pearls of wisdom:

Some of the campaign dynamics heading into the Nigerian presidential election will seem familiar to those who follow the country, with politics still deeply entwined with the country's geographic-religious divide between a predominantly Muslim north and its Christian south. And after eight years of a northerner — Muhammadu Buhari — holding the presidency, debate revolves around whether power should "shift" to the south.

Buhari, in line with the constitution, is stepping down after serving two four-year terms — and that changes the electoral landscape. For only the second time since the transition to civilian rule in 1999, there's no incumbent presidential candidate.

Having no incumbent seeking re-election has historically increased the chances of opposition party victory in Africa. Arguably for the first time since the 1980s, each of the three major ethnic groups in Nigeria has produced a serious presidential contender: Atiku Abubakar, who is of Hausa-Fulani descent, the Yoruba former Lagos governor Bola Tinubu, and former Anambra governor Peter Obi, a member of the Igbo.

While this might seem like progress — and has advanced inter-ethnic cooperation in the presidential campaign — it also dramatically increases the risk that there will be no clear winner under the constitution's formula that requires both a plurality of votes and a geographical distribution of support. A runoff has never before taken place, and the electoral commission would have only a week to organize it.

Security and poverty are key electoral themes. Buhari won in 2015 by prioritizing economic growth, anti-corruption and the defeat of the world's deadliest insurgency, Boko Haram. Yet today, more than 80 million Nigerians remain in poverty, while insecurity ravages the country. The scale of violence plaguing Nigeria has not been seen since the civil war ended in 1970, while the geographical scope is unprecedented. Meanwhile, only 15% of Nigerians feel more loyalty to their nation than to their ethnic group.

This raises the specter of electoral violence and voter intimidation in the run-up to the Feb. 23 vote. Political violence, both between and within political parties, increased in 2022. Despite this, candidates have been largely running on hopeful messages about economic diversification, anti-corruption and opportunities for Nigeria's youth.

People in Turkey tend to call every presidential election historic — but the June 2023 election will truly be historic. It will determine whether the increasingly autocratic rule of President Recep Tayyip Erdoğan will continue to dominate the country's politics or not. What's at stake is not simply "politics" in the narrow sense of the term, but also the direction in economic policy, religion, education and many other fields.

If Erdoğan wins, it could portend a further erosion of the remaining opposition in Turkish public life, especially given his past record of authoritarianism and vengefulness. Indeed, there is already a suspicion that potential presidential candidates are being targeted, with the popular mayor of Istanbul sentenced to prison in December — a conviction that if held up on appeal would bar him from running for any political office.

The danger is the Turkish opposition will lose hope for the future. It could also exacerbate the country's "brain drain" problem — as well-educated people, including medical doctors, academics, and businesspeople, migrate to Western countries, weakening the opposition at home. 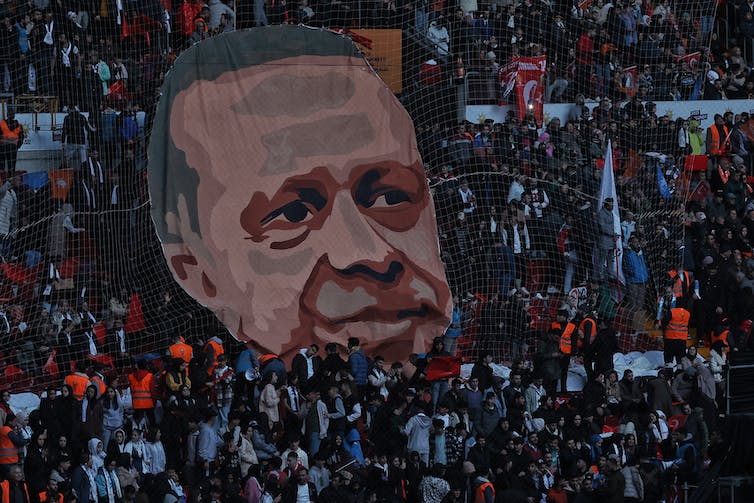 An Erdoğan loss would be hugely consequential. Those who have been silenced under his rule will be able to speak up again. Over 100,000 people have been jailed as part of Erdoğan's political purge. It would not surprise me that in the event of Erdoğan's defeat, legal action is taken against him and his civil servants over alleged abuses and against his crony capitalists over alleged corruption.

The outcome of the election will also determine the future of religion-state relations. Turkey's Directorate of Religious Affairs, which controls 80,000 mosques, is a major ally of Erdoğan. Any change in the administration is likely to result in curtailing of the directorate's powers.

The 2023 presidential election will be fought over politics, economics and religion. If Erdoğan wins, he will frame himself as the second founder of Turkey, after Mustafa Kemal Atatürk. If he loses, his political, business and religious allies will face the risk of being expunged.

Miles Tendi, associate professor of politics at the University of Oxford

The 2023 election in Zimbabwe will be the second national vote to take place after the downfall of former leader Robert Mugabe.

The country's last election, in 2018, occurred a year after a military coup ended Mugabe's oppressive 37-year leadership. But contrary to the hopes of many Zimbabweans and foreign governments, that ballot did not prove to be a momentous break from the country's extensive history of disputed and violent elections — underlining that powerful systemic problems, such as the conflation of the ruling ZANU PF party and the state, generate flawed elections in Zimbabwe.

Whether Zimbabwe can finally stage an election that is universally accepted as credible is one of the key issues in 2023. A credible election in itself will not bring about consequential political, economic and social reforms. But Western states and international donors such as the International Monetary Fund will be looking for an unblemished national vote as a prerequisite to earnest economic and diplomatic re-engagement with Zimbabwe after years of strained relations. 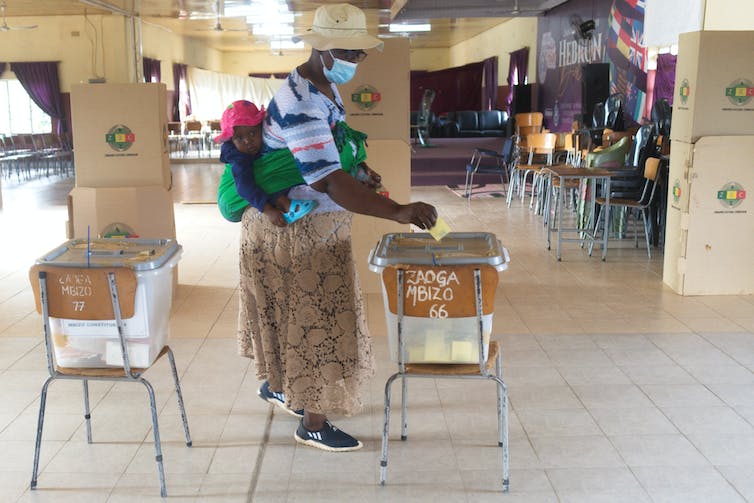 A woman cast a ballot during a Zimbabwean by-election on March 26, 2022. (Zinyange Auntony/AFP via Getty Images)

Observers will also be hoping for improvements on women's political rights. The gendered nature of political leadership, violence, election campaigns and voting behavior have precluded equal representation for women in Zimbabwean politics. Only 26 of the 210 constituencies in the 2018 parliamentary election were won by women candidates. Although four women ran for president in 2018, none managed more than 4% of the vote share.

The future of opposition politics is also on the ballot. Since 2018, the main opposition Movement for Democratic Change (MDC) party has had to contend with state repression, internal splits and underfunding. In the intervening years it has failed to get large numbers of new voters onto the electoral register.

If the ruling ZANU PF party pulls off the overwhelming election victory it is working toward, it is likely that the opposition will be further saddled with division and disillusionment, posing an existential threat to the kind of vibrant opposition politics led by the MDC in the past two decades. And with no strong opposition to challenge and keep a check on ZANU PF, the danger is authoritarian rule will be solidified.

Even with a World Cup victory to savor, many Argentinians are pretty gloomy going into the 2023 election year — for good reason. The nation's economy has been on the skids for a long time and it has one of the highest per capita debts in Latin America. On top of this there are sky-high inflation, low wages and poor growth — all worsened by the government's handling of the COVID-19 pandemic. 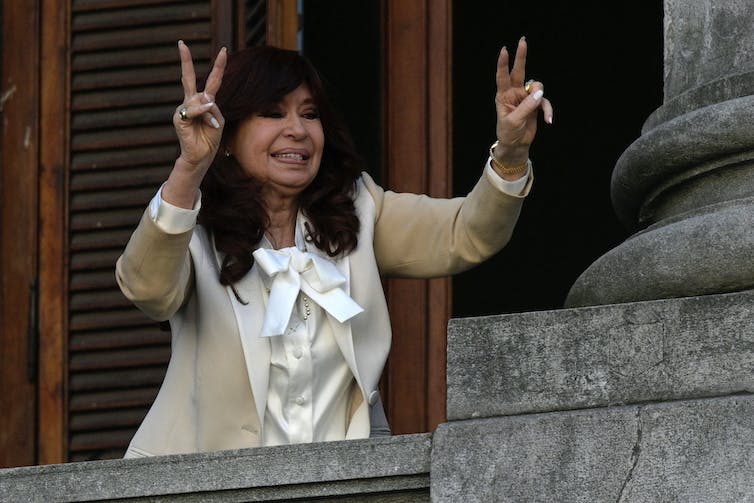 Will it be "V" for victory for Cristina Fernández de Kirchner? (Juan Mabromata/AFP via Getty Images)

Moreover, the pair have been plagued by other problems, notably corruption — both old-style political patronage and modern corruption based in drug trafficking throughout the country.

Indeed on Dec. 6, 2022, Fernández de Kirchner was sentenced to six years in jail in a scandal over a kickback scheme that saw public contracts go to a friend in return for bribes.

Some are even predicting that the combination of mishandling the economy and the corruption scandal could bring an end to Peronism, the political philosophy that has governed Argentina for much of last 70 years. Indeed the Peronists appear to be struggling with unifying around a candidate to contest the election.

Meanwhile, the party of Mauricio Macri is similarly split, with the former president facing strong challenges from within his own party.

These political and economic circumstances may favor a third contended: Javier Milei, a populist libertarian who has been rising in the polls and whose brusque style has drawn comparisons with Donald Trump.

Pakistani elections are all about power. In particular, this one will be all about whether Prime Minister Imran Khan can get the two-thirds majority he says he wants to govern Pakistan. Anything less will not satisfy the former national cricket star.

A big question is when the elections will take place. In Pakistan, general elections are not held under an incumbent government. Instead, an interim government — typically made up of technocrats — takes over, with an election taking place within 90 days.

But with the ruling coalition seemingly intent on holding onto power for as long as possible while the country faces an economic crisis, environmental disaster and a credibility crisis, it is unclear when the national assembly will dissolve and an interim government take over. That could mean pushing the election toward the end of the year.

Either way, it will be a consequential election. It remains to be seen if the current coalition government — which ousted Khan's Tehreek-e-Insaf party last year — will hold together, as it consists of a number of parties.

Khan has said he wants a two-thirds majority to bring about the constitutional changes he would like. So if he fails to get that, will he still be satisfied? 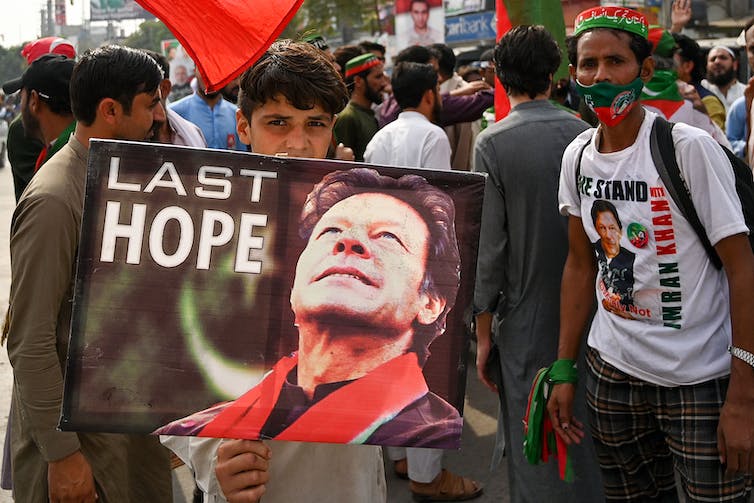 Imran Khan is hoping for a two-thirds majority. (Aamir Qureshi/AFP via Getty Images)

Either way, the 2023 election is unlikely to be the answer to Pakistan's woes. Whoever is in charge after will need to paper over the economic cracks with the help of the International Monetary Fund; without a further bailout, Pakistan won't have the liquidity it needs to function.

You can never rule out electoral violence. Pakistan is awash with guns and very polarized. Violence marred the election in 2013 and there has been recent violence in northern Pakistan as well as the shooting of Khan at a rally.

That said, the hope is the nation's security forces can keep a lid on violence during the election.

MORE FROM The Conversation