Will McCarthy ever get to be speaker? GOP House caucus call devolves into pointless discussion with Gaetz 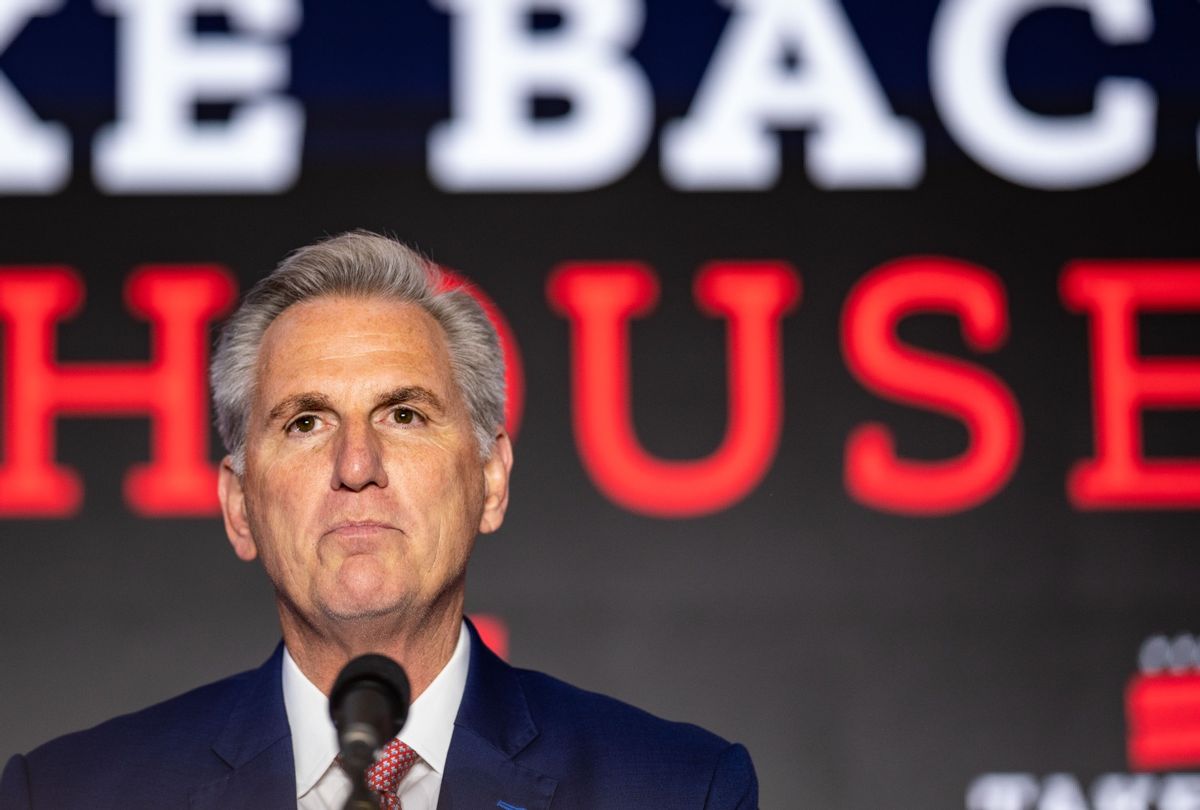 Rep. Kevin McCarthy's path to becoming speaker of the House continues to be a difficult one, as a call with the Republican Caucus ended with huge concessions and more debates with Rep. Matt Gaetz, R-Fla.

Politico reporter Olivia Beavers wrote that a GOP source told her that some members would only agree to support McCarthy if they get a rules change that would make it easier to topple the House speaker.

Newly-elected Rep. Mike Lawler, R-N.Y., reportedly asked Gaetz whether if Republicans lowered the threshold for the "motion to vacate," he would ultimately support McCarthy for speaker. Gaetz then replied that McCarthy wouldn't agree to it. McCarthy then argued that it was the conference that wouldn't find it acceptable.

As Politico's Alex Burns explained, "Lawler is emblematic of the members — center-right folks from Biden-supporting districts — who would be most at risk in a scenario where a weakened McCarthy wound up as speaker, with Gaetz and similar massively empowered to fire him at any time."

Lawler is one of several in Biden districts who has expressed concern over the House GOP being taken over by the far-right.

McCarthy then asked what Gaetz would say to something like that as a deal. Gaetz told the members that he'd think about it.

Beavers explained, "There is a huge concern that McCarthy is giving away too much without [the] promise of votes in return. Told call was mostly McCarthy allies talking."

Punchbowl's Jake Sherman explained that if McCarthy agrees to lower the threshold for such a motion from five members to one "it would mean one lawmaker who is angry at him can trigger a non-confidence vote. There are ways to delay the vote —[John] Boehner did when [Mark] Meadows filed his — but it has to come up eventually."

He also argued that while five members is better than one, because of the size of the House one member can usually find four more to join them in a protest.

At the same time, the GOP's narrow majority means that very little will actually get done in the House. McCarthy was already sidelined during budget negotiations.