America's epidemic of loneliness: The raw material for fascism 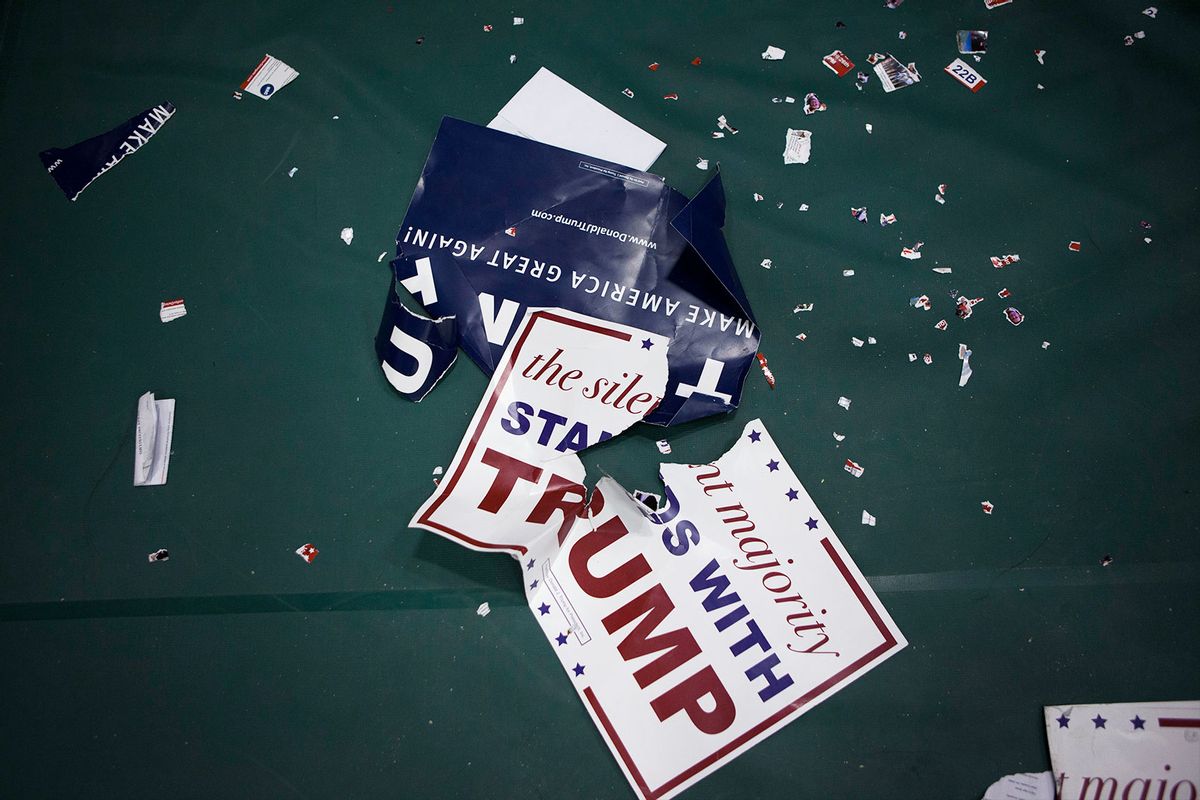 In the United States as in many other societies, rates of depression, anxiety, loneliness, drug abuse, self-harm (including suicides) and other mental health problems greatly increase during the holiday season and just after the New Year.

In the American context, this crisis is largely explained as a reflection of private and personal troubles rather than as a symptom of an unhealthy society that is plagued by extreme wealth and income inequality, economic precarity, loneliness and social atomization, pathocracy and the culture of cruelty, and a form of predatory capitalism that has financialized all areas of life, fueling false needs, endless consumerism and feelings of spiritual and emotional emptiness which, by design, can never be fully satisfied.

Sick societies thrive on damaged human relationships, and also exacerbate them. Fascism, authoritarianism and right-wing populism are especially prevalent in societies where a larger sense of shared social identity, community, belonging and meaning is endangered or in crisis.

Who were the Jan. 6 attackers? Isolated white folks, searching for meaning — and enemies

Donald Trump's movement and the larger tendencies of American neofascism have apparently been slowed by their recent "defeat" in the midterm elections. But such anti-democratic tendencies in America will not be vanquished until their root causes are confronted and treated. In an essay at Counterpunch, scholar Henry A. Giroux provides this context:

Under neoliberalism, domination has become internalized, politics has collapsed into the personal, meaningful registers of the social and public sphere have largely disappeared. In this historical period of social atomization and loneliness, social problems are now defined through the regressive neoliberal language of excessive individualism in which all troubles are reduced to pejorative categories such as a lack of ambition, personal failings, individual deficits, laziness, and lack of resilience.

The May 2021 American Perspectives Survey highlighted growing rates of loneliness among men in this country, including the troubling fact that a majority of them report having few close friends. Over the past 30 years or so, the survey found, "American friendship groups have become smaller and the number of Americans without any close confidants has risen sharply," but men "have suffered a far steeper decline than women":

Thirty years ago, a majority of men (55 percent) reported having at least six close friends. Today, that number has been cut in half. Slightly more than one in four (27 percent) men have six or more close friends today. Fifteen percent of men have no close friendships at all, a fivefold increase since 1990.

Women have witnessed a friendship decline too, but it has been far less pronounced. In 1990, roughly four in ten (41 percent) women said they had six or more close friends, compared to 24 percent today. Ten percent of women reporting having no close friends.

A new report from the Federal Reserve Bank of Boston indicates that American men are also leaving the labor force in increasing numbers. Since the friendship networks of men tend to be connected to their jobs, this has clear mental health consequences. Fortune reports that while the U.S. job market remains "hot," with unemployment "close to a 50-year low," non-college-educated adult men continue to drift out of the workforce:

And they're leaving in part because of their perceived social status relative to better-educated men of similar age. ... Non-college-educated men have seen their pay shrink by more than 30% since 1980 compared to the average earnings of all other prime-age workers. Their weekly earnings have declined 17%, while those of college-educated men rose by 20%, adjusting for inflation. That earnings loss has caused a decline in their social status, prompting them to walk away from work entirely, Pinghui Wu, the author of the study, wrote.

"For many workers, a job not only offers financial security, it also affirms their status, which is tied to their position relative to their age peers and many social outcomes," Wu wrote.

This new report also suggests that perceptions of gender and class relations, particularly for younger white men, have fueled this dynamic. Younger white men were more likely to leave "when their expected wages fell relative to their more educated peers," and women in the workforce have generally seen their earnings increase, "irrespective of their educational qualifications," as the effects of previous sexist discrimination begin to fade.

These findings about American men and loneliness have broad implications for societal stability, and also speak to the specific appeal of fascism and other forms of illiberal politics that target and radicalize (mostly white) men who may experience a crisis of masculine identity.

It would not be correct to suggest that loneliness, social atomization, dislocation and related troubles are limited to any particular age, race or gender. A widely read article by Paula Span at the New York Times calls attention to the growing number of "kinless" older Americans who do not have spouses, siblings or children. The total may be close to a million people, Span reports, "including about 370,000 women over 75":

In addition, seniors who are Black, female and have lower levels of wealth have particularly high rates of kinlessness.

Researchers are concerned that these kinless Americans are likely to die earlier, and toward the end of their lives receive fewer hours of caregiving and are likelier to die alone in nursing homes. As a doctor quoted in the article observes, "Getting old is hard under the best of circumstances, and even harder if you're going it alone or with weak social ties."

Dr. Jeremy Nobel, a Harvard professor and expert on loneliness, summarized the health implications of loneliness in a recent interview with PBS NewsHour. His perspective is somewhat different, focusing not on the elderly but on younger people raised in the era of social media:

Loneliness and isolation are often associated with their effects on mental and emotional health. But Nobel says it's also important to understand the impact on physical health that can come from experiencing those feelings.

"What's only recently come to light is that loneliness won't just make you miserable, it'll kill you. And not just from suicide or drug overdose, but from heart disease, cancer or other kinds of physical ailments," Nobel said. "It turns out that loneliness increases risk of early death by 30 percent — as much as smoking 15 cigarettes a day."

Though loneliness is experienced widely across Americans, it disproportionately affects younger people, people of color and low-income individuals, according to the Cigna study. The study found that 79 percent of adults aged 18 to 24 report feeling lonely, in comparison with 41 percent of seniors aged 66 and older. Nobel says that social media is a big factor in why younger generations experience loneliness at higher rates.

How can we alleviate America's crisis of loneliness and social atomization? On many levels and in a myriad of different ways, we need to nurture the public sphere and what we used to call the "commons." This demands a wide-ranging combination of government, nonprofit and private initiatives that recognize the importance of such spaces and the types of interactions, relationships and social capital that they generated there as crucial to the health and future of democracy.

America's greatly weakened social safety net must be protected and expanded. But even more important than that, we must recognize that America's political and media classes have created and reinforced a false divide between emotional and mental health and questions of politics, power, democracy, freedom and justice. Americans know and feel, in their bodies and minds, that something is wrong in their society, but largely lack the language or conceptual framework to understand the true nature of the problem.

In the PBS interview cited above, Dr. Nobel offered a concrete suggestion: "Often the path to connect with others starts with connecting to yourself. To give yourself the room, to be authentically curious about what matters to you in the world, what you're interested in. And as you move towards that and explore that, it often opens up channels to connect with other people who have similar curiosities and similar interests."

Unfortunately, some of the loudest and most influential voices in American society, including the inescapable Donald Trump and many other Republicans (although not them alone), are offering Americans only toxic and self-destructive answers for their deeply-felt anxiety and pain. More respectable and moral leaders, by and large, have not addressed this crisis openly and directly. America's collective emotional and mental health crisis is not a phenomenon that can be separated from our political crisis. They are profoundly connected, and there is no way to repair or redeem our democracy without addressing them together.