Why protests are actually good for your mental health

Negative thoughts are bad for your mental health. But there's a social reason so many of us have them 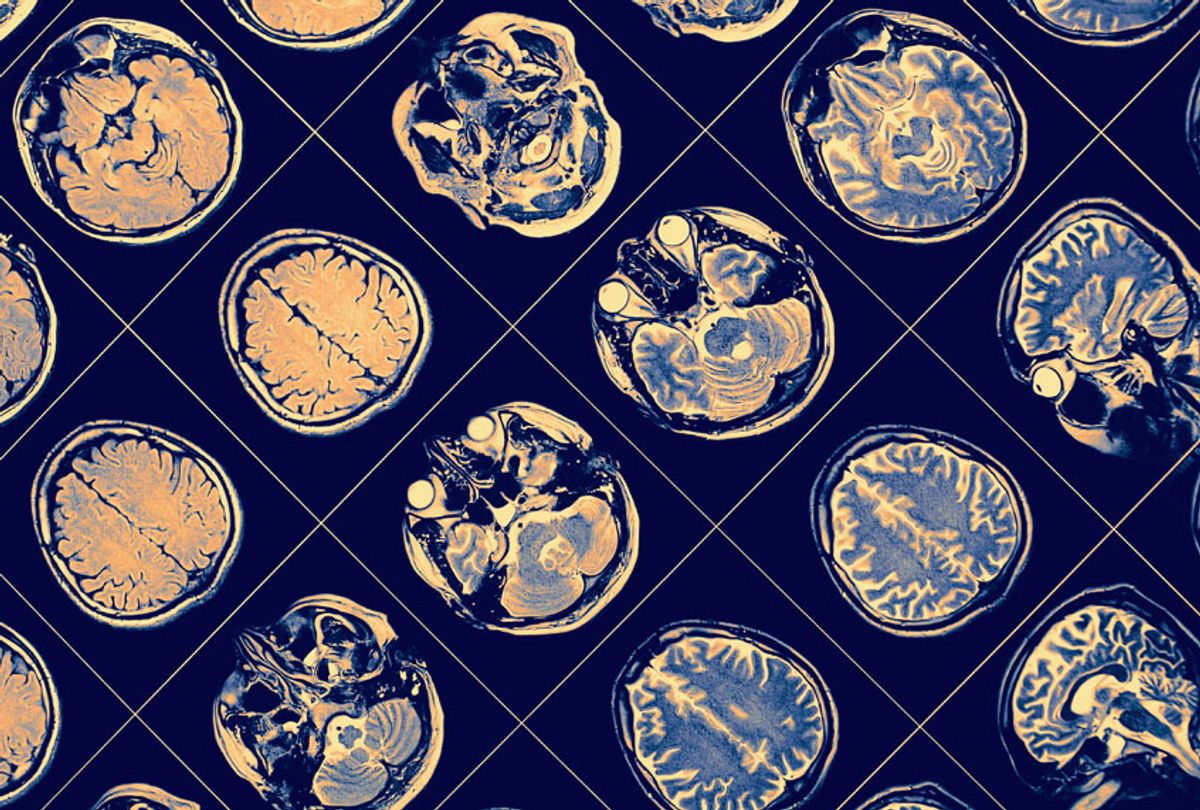 The study I am referring to comes from the University College London, titled "Repetitive negative thinking linked to dementia risk." An ironic title, if there ever were one; after all, if there is one thing a person with persistent negative thoughts doesn't need, it's something new to worry about.

Yet that is precisely what the article published in the journal Alzheimer's & Dementia offers to its negatively-minded readers. "Taken alongside other studies, which link depression and anxiety with dementia risk, we expect that chronic negative thinking patterns over a long period of time could increase the risk of dementia," lead author Dr Natalie Marchant (UCL Psychiatry) explains. "We do not think the evidence suggests that short-term setbacks would increase one's risk of dementia."

Her conclusion was that medical professionals need "to develop strategies to lower people's risk of dementia by helping them to reduce their negative thinking patterns."

That seems nice in theory, but the reality of treating negative thought patterns is much more complicated. Take me, for instance: I am on the autism spectrum, which means that I am neurologically prone to obsessive thoughts. Despite years of therapy to deal with the persistent negative thinking that this invariably produces, nothing is going to change the way my brain is wired. My body is simply programmed to dwell, and arguing that there are "strategies" which can change that is a bit like saying there are "strategies" which could help me change the color of my eyes.

When you scratch beneath the surface, the problem is more than a merely medical one. After all, while my brain is programmed to dwell, it is not necessarily programmed to dwell on the bad things. The reason I do that is, when you are autistic in a neurotypical society, you are regularly mistreated. It is more difficult to obtain and hold down a job, you are more likely to be bullied and you are even at a greater risk of being sexually abused. When the rest of the world is able to communicate proficiently because their neurology provides them with certain social skills, and you cannot likewise do so, you are bound to be identified as "different" and "weird," with the consequent mistreatment being accordingly justified.

A lifetime of this makes you angry. It make you depressed. It makes you feel bitter and desperate. And all of these thoughts — pain about the past, discomfort in the present and fear of the future — are persistent and negative. Yet they aren't a problem with you, or even with your condition. They are a problem caused by society and how it mistreats you because you are different.

This is why the whole positive psychology movement is particularly sinister. The underlying premise is that if you simply change the way you think, you will be healthier and you'll see better things in your life. Yet you can't reason with a physical structure; you can't will away a neurochemical imbalance. What's more, as author Barbara Ehrenreich pointed out in her 2009 book "Bright-Sided," the basic flaw in the idea that you can force yourself to be rid of negative thoughts through positivity is that "it requires deliberate self-deception, including a constant effort to repress or block out unpleasant possibilities and 'negative' thoughts."

In other words: This mental health issue is, in many ways, a social justice issue.

Take one great injustice, say, the murder of an African American man named George Floyd at the hands of the Minneapolis police, which has prompted nationwide protests. In the words of Dr. Monnica T. Williams, a board-certified clinical psychologist and Associate Professor at the University of Connecticut in the Department of Psychological Sciences, "many ethnic and racial groups experience higher rates of posttraumatic stress disorder (PTSD) as compared to White Americans. One explanation for this is the experience of racism, which can itself be traumatic." She pointed to racial trauma, or the ways in which being discriminated against at the workplace, through everyday discrimination, in microaggressions and through hate crimes can cause a build up of psychological trauma to the victims.

She also noted in her study that mental health professionals frequently fail to diagnose trauma in victims of racism because they are oblivious to the deeper social issues which cause them. "For example, being bullied at school for being "different," racial profiling by police, and workplace racial harassment can all be DSM-5 Criterion A events, but these are rarely included in conventional checklists and batteries for trauma," Williams wrote. She added that therapists who are not comfortable discussing racial issues, or who are white and socialized to not talk about race, may experience additional deeper struggles.

Poverty is another form of traumatizing injustice. Counselors and directors from The Momentous Institute, a nonprofit in Dallas, found that children raised in poverty struggle with everything from anxiety to impulse control. Because they constantly release a stress hormone known as cortisol, they often have short attention spans and short tempers. A separate study by the National Child Traumatic Stress Network found that families which live in urban poverty experience multiple traumas including PTSD, difficulty developing emotionally intimate relationships, higher rates of hostility and aggression, severe anxiety and general increased stress levels.

When the poverty is cyclical, the situation is worse. As the authors wrote, "Research on intergenerational trauma and urban poverty has demonstrated that adults with histories of childhood abuse and exposure to family violence have problems with emotional regulation, aggression, social competence, and interpersonal relationships, leading to functional impairments in parenting which transmit to the next generation."

The same basic principles can be seen in other forms of injustice. Homophobic discrimination has been linked to psychological issues among gay people, from increased stress due to fear of being victimized by hate crimes and discrimination and high rates of internalized homophobia to persistent feelings of anxiety and higher rates of substance abuse. A study conducted 20 years ago by Susan H. Berg, and published in the journal Violence Against Women, found that persistent sexism also has a major traumatizing effect on women.

Having identified that being the victim of injustice is bad for your mental health, the next question is: What can you do to fix it? The answer is simple: Empower yourself. Don't allow anyone to tell you that you should stay home and do nothing, or practice positive thinking, or in some other way simply accept your situation. Go out and protest. Engage in social and political activism. Get angry — but in a healthy, constructive way.

"Can protesting and other forms of activism help people break out of those negative thought cycles? Yes, because protesting alone is therapeutic," Dr. Bandy X. Lee, a psychiatrist at Yale University, told Salon. "It is acting on hope and it is also, in the case of oppression, therapeutic. It is therapeutic of traumatic experiences, whereby we see with PTSD that the most effective way means of therapy is some way in which you can transform negative experiences into positive ones by making a difference in the world. And contributing positively to the world from that experience."

Psychiatrist Dr. David Reiss, a professor at Yale Child Study Center, expressed a similar thought in an email to Salon.

"Theoretically, and from my personal (anecdotal experience with patients), any activities that serves to diffuse hopelessness, encourage optimism — and perhaps equally as important, support feelings of agency and decrease feelings of hopelessness would be likely to disrupt the above negative vicious cycle of fear, frustration, anger, depression and disruptive functioning," Reiss explained. "As to specific activities, that really depends on what is most effective in for the individual in restoring hopefulness and a sense of agency."

None of this is meant to imply that we should primarily view injustices as health problems. The primary issue, of course, is that it's morally wrong for people to live in poverty or to experience discrimination because of race, sex, gender, sexual orientation or disability. At the same time, now that we know about an undeniable link between persistent negative thinking and physical health problems, we need to start viewing injustices as genuine acts of physical wrongdoing from the oppressors against the oppressed.

And for those who are oppressed? Stand up for yourselves. Apparently it is healthy for your body as well as for your soul.