I'm a liberal because I'm autistic 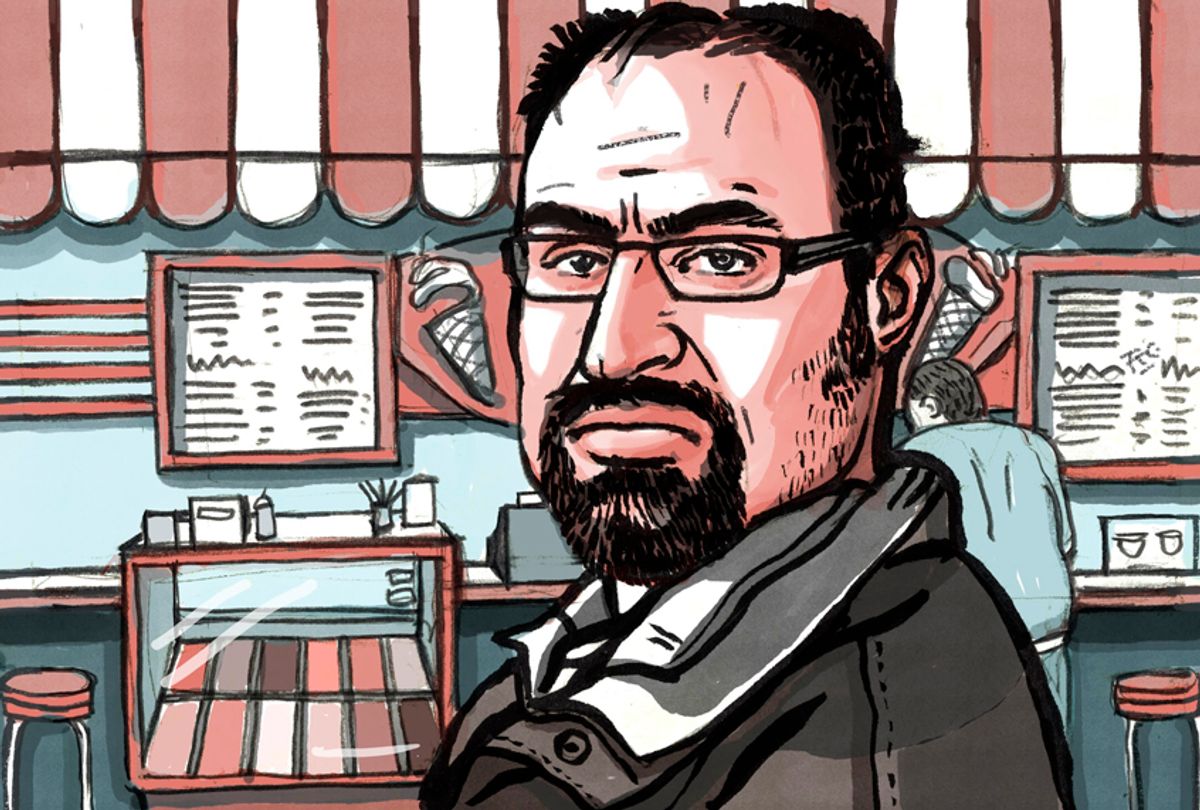 To understand why I'm left-wing on economic issues, you first need to realize how devastating it is to be autistic in the modern workforce.

I have no idea what it was like for autistic people who tried to get and hold down jobs before the condition was diagnosed in the mid-20th century — although I imagine it wasn't easy — but it is definitely hellish now. Given that I work at my dream job as a writer and am in the process of completing my Ph.D., I consider myself incredibly lucky today. But that wasn't always the case.

When I was in high school, as a classmate heard me talk excessively and enthusiastically in response to a teacher's question (a common problem for me in those days) he cuttingly observed, "Dude, you'll never be able to hold down a job." For the rest of my teenage years and into my early 20s, he wound up being proved right: I got fired from several of my early jobs (grocery store bagger, burger flipper, convenience store clerk, that sort of thing) for offenses ranging from struggling to make eye contact and talking too much, to offenses that wound up being categorized as "abrasive" and "weird."

"One of the things we always tell employers, and I tell groups when I'm speaking to them, is that most individuals on the spectrum when they lose a job, they don't lose it because of their performance on the job," Marcia Scheiner, president and founder of Integrate (formerly Asperger Syndrome Training & Employment Partnership), told Salon. "They lose it because of social missteps at work."

It is impossible to accurately convey how traumatizing — and yes, the word "traumatizing" is not only appropriate here, but necessary — this is for individuals in the autistic community.

When you try your hardest to hold down a job but are unable to do so due to factors beyond your control, the impact is profoundly demoralizing. When I spoke with other autistic friends and acquaintances for this article, all of them told stories about how they've grown terrified of being fired — some to a degree they admit is unhealthy and neurotic — because of all the previous occasions when something they said or did, but did not understand, caused them to lose a job.

Even worse, because our culture insists that being unable to hold down a job indicates a deeper character flaw, many autistic people develop self-loathing as a result of their experiences. I know autistic men and women who are brilliant and hard-working but constantly refer to themselves as "bums" or "losers" because society has told them that, well, their inability to hold down a job proves that those things are true about them. If they dare trying to dispel those misconceptions with the facts about their situation, they're accused of coming up with excuses.

So how prevalent is this problem?

"Unfortunately in this space there is not a lot of good hard data," Scheiner said. "There are universities and hiring programs where they are starting to collect the data, but frankly there has not been enough known programs and pools of known individuals on the spectrum in employment that anyone can really collect valid data."

Scheiner added that the solution isn't likely to come from the government.

Fortunately, there are already individuals trying to do exactly that. Within the last month there have been stories about a mother and her autistic son opening up a bakery to employ other people on the spectrum, or a start-up that creates tech jobs for individuals with autism. There are also large corporations like Microsoft, SAP, Walgreens and Freddie Mac that have made a point to try to hire individuals with autism.

These are all steps in the right direction, but they are nowhere near enough. And this brings me back to why I connect my decade-old experiences struggling as an autistic youth in the workplace with my larger belief in economic liberalism. In the end, we are only going to make life easier for autistic individuals in the workplace when we create a more compassionate, tolerant and inclusive atmosphere for everyone in the workplace.

When you hear about someone who is unemployed, or who struggles to hold down a job, check yourself before passing judgment. Dismissing those individuals as screw-ups or layabouts isn't just cruel or intellectually lazy, it is also quite often incorrect. While libertarians and conservatives tend to blame the poor for their own plight, progressives recognize that factors beyond any one individual's control can often impose terrible socioeconomic suffering on them.

Sometimes those factors are external, like the ups and downs of the business cycle or a company's decision to impose layoffs. Others are internal, like neurological conditions that we are only beginning to understand.

Either way, because I was born autistic, I understand all too well that our current economic system is not the wisest or most just one that exists. You don't have to experience discrimination as an autistic person to recognize that. You just need to be someone who the invisible hand has, at one point or another, decided could be treated as less than human.