Hope Hicks on Jan. 6: “We all look like domestic terrorists now” 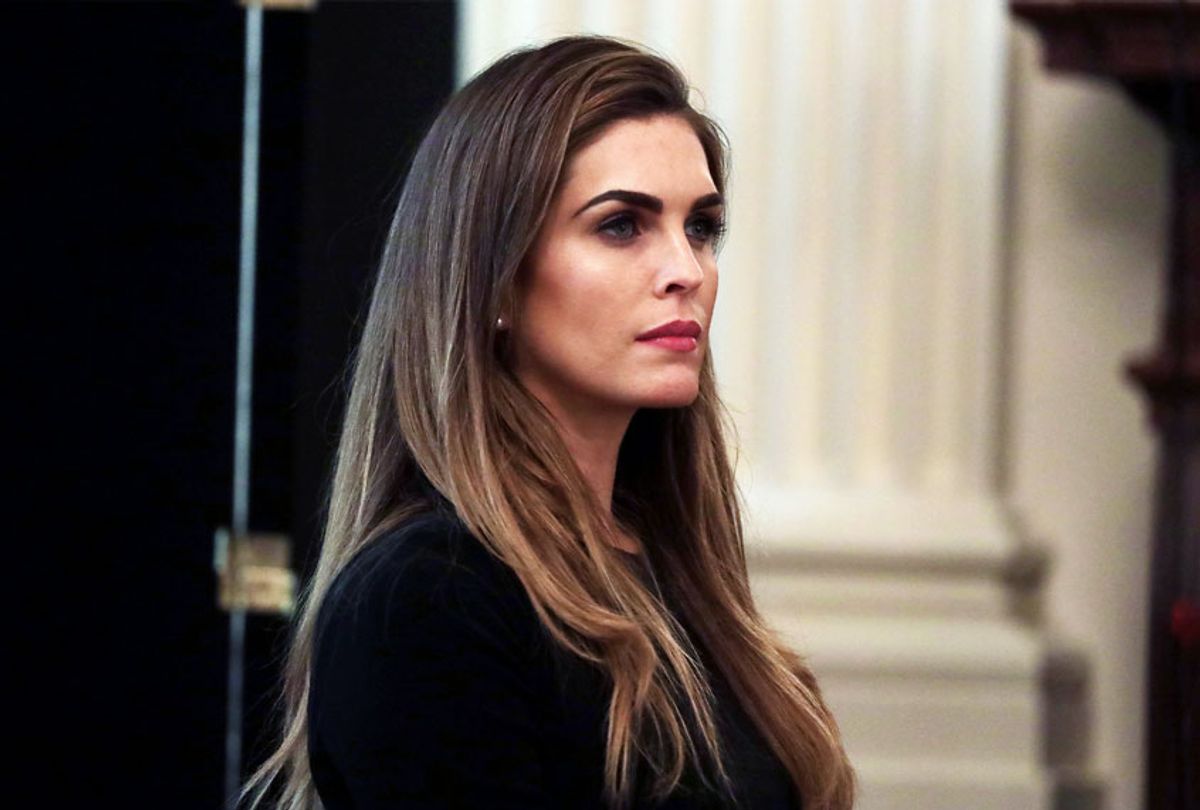 According to a report from the Daily Beast, Donald Trump adviser Hope Hicks was furiously texting during and after the Jan. 6 insurrection complaining about how it would appear to the public and fretting about her future job prospects.

As the Beast's Zachary Petrizzo wrote, Hicks — who was a member of the former president's inner circle — engaged in a texting back-and-forth with Ivanka Trump aide Julie Radford where they both expressed dismay at the long-term damage the riot was creating when it came to their reputations and others who worked at the White House.

As Petrizzo noted, the series of texts was prompted by tweets from Jared Kushner's sister-in-law Karlie Kloss who wrote, as the riot raged, "Accepting the results of a legitimate democratic election is patriotic. Refusing to do so and inciting violence is anti-American."

That, in turn, led Hicks to text, "I am so done. Does she get how royally f**ked they all are now?"

Without mentioning Trump by name, she continued, "In one day, he ended every future opportunity that doesn't include speaking engagements at the local Proud Boy's chapter."

She continued, "And all of us that didn't have jobs lined up will be perpetually unemployed. I'm so mad and upset. We all look like domestic terrorists now."

Petrizzo wrote, "The self-pity didn't end there, with Hicks moaning that she and other Trump White House officials would be 'unemployable' and 'untouchable' after the violence aimed at overturning the election of Joe Biden 'God, I'm so f**king mad,' she wrote."

"Not being dramatic, but we are all f**ked," Hicks later texted while admitting that former White House aide Alyssa Farah Griffin was smart to resign before things got out of hand.