Trump wanted to un-retire military critics so that he could punish them over op-eds, Gen. Mark Milley said 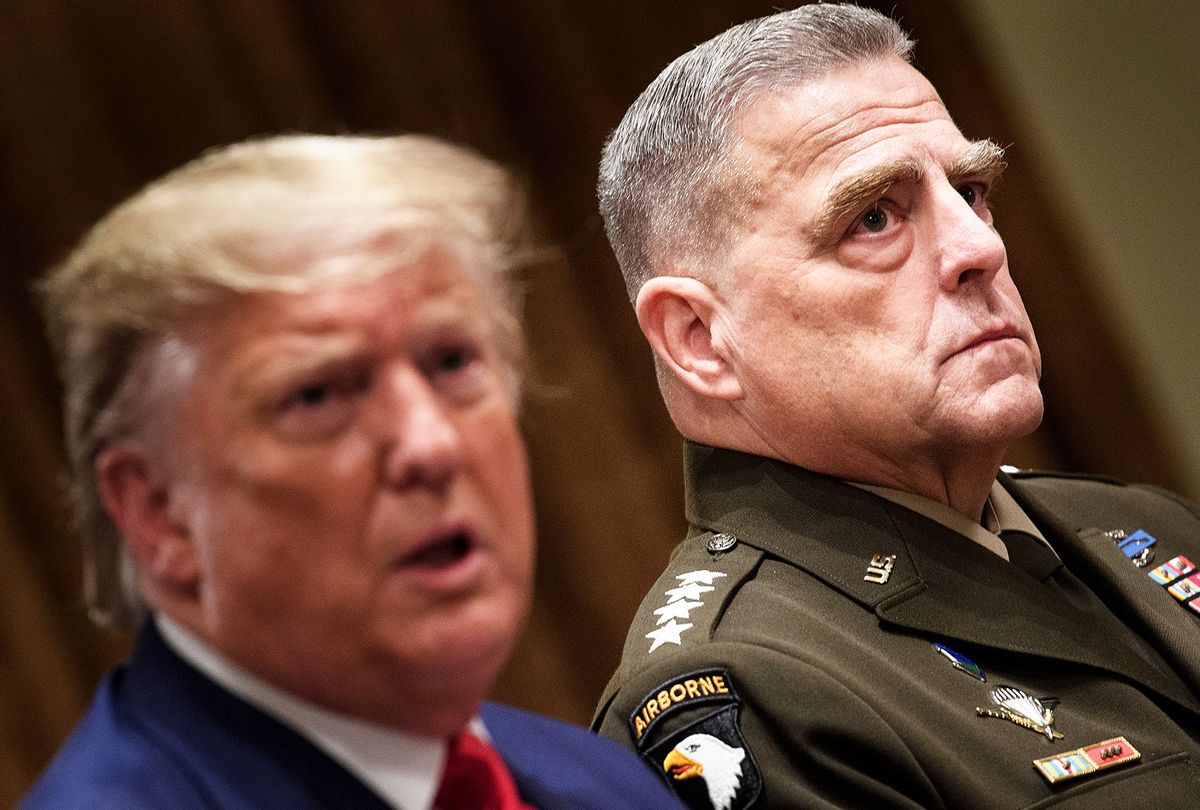 The Jan. 6 insurrection testimony of General Mark Milley revealed that there were conversations among members of the Trump administration to court-martial retired military officers who criticized Trump's handling of 2020 civil unrest in published op-eds, Insider reports.

A 20th Chairman of the Joint Chiefs of Staff and top military aide to Trump since 2019, Milley's testimony was part of a trove of documents the committee released earlier this week.

The testimony includes Rep. Elaine Luria, D-Va., asking if Milley considered approaching former Trump advisor, Michael Flynn, about the administration's desire to enforce military action against the retired officers. Milley said he was "concerned about the politicization of the military" after op-eds "very critical of then President Trump" by retired military officers were published.

Milley said, "There was actually discussions with me: Bring him back on Active Duty, court-martial him, you know, make him walk the plank sort of thing, right? I advised them not to do that, because that would further politicize, in my personal view."

Retired military officers the administration targeted for court-martialing were not named during testimony, but according to Insider, a few did publish op-eds criticizing the way Trump responded to nationwide protests following George Floyd's murder in 2020.

For Foreign Policy, retired Marine Corps General John Allen wrote, "Donald Trump expressed only the barest of condolences at the murder of George Floyd, but he also said nothing about the fundamental and underlying reasons for the unrest: systemic racism and inequality, a historic absence of respect, and a denial of justice."

Navy Admiral Mike Mullen said in his Atlantic op-ed titled "I Cannot Remain Silent" that he was "deeply worried that as [the military] execute their orders, the members of our military will be co-opted for political purposes."

Mullen wrote, "Even in the midst of the carnage we are witnessing, we must endeavor to see American cities and towns as our homes and our neighborhoods. They are not 'battle spaces' to be dominated, and must never become so."

Milley mentioned during testimony that he "was worried about the 'broader implications' of politicization of the military, taking action against retired officers who speak out shouldn't be done lightly," Insider reports.