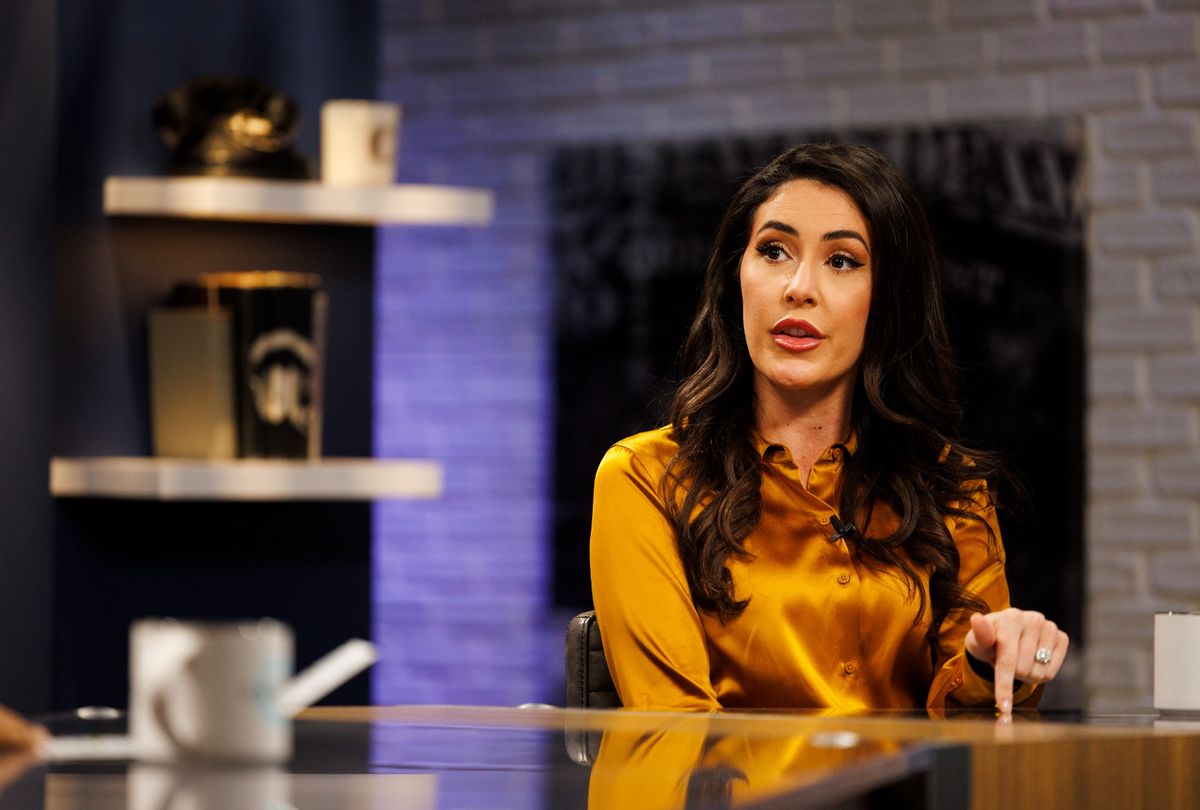 Anna Paulina Luna appears on a panel discussion during a taping of "Candace" Hosted By Candace Owens on January 4, 2022 in Nashville, Tennessee. (Brett Carlsen./Getty Images)
--

Many Never Trump conservatives have lamented that in MAGA World, extremists are quick to turn against other extremists and accuse them of not being MAGA enough. Former Nancy Reagan speechwriter Mona Charen and former GOP strategist Tim Miller both made that argument after "Never Kevin" Republicans voted against making Rep. Kevin McCarthy House speaker on Tuesday, January 3. No matter how much McCarthy pandered to the MAGA movement, Charen and Miller argued in articles published by The Bulwark, it wasn't enough for the far-right "Never Kevin" Republicans who rejected him as House speaker.

One of the "Never Kevin" Republicans who voted against McCarthy on January 3 was Rep. Anna Paulina Luna of Florida, a self-described "pro-life extremist" who has promoted the Big Lie and made the false, totally debunked claim that the 2020 presidential election was stolen from Donald Trump. But as far-right as Luna is, she isn't without her adversaries in MAGA World. One of them is Michael Tito, an ally of veteran GOP operative and self-described "dirty trickster" Roger Stone who has accused her of practicing witchcraft.

In an article published by the Daily Beast early Wednesday morning, January 4, journalist Zachary Petrizzo describes Luna's bitter rivalry with Tito and her battle against his accusations.

"Rep. Anna Paulina Luna came to Congress on her first day in office ready to do battle — not just with Democrats, but also, with her own party, as she became one of the 20 Republicans to vote against electing Kevin McCarthy speaker," Petrizzo explains. "But back home in her conservative Florida district, Luna is waging a very different kind of war: a legal fight with political enemies who say she is a literal witch."

Petrizzo reports that a letter obtained by the Daily Beast "reveals that" Luna has "retained the high-powered law firm Holland & Knight to go after" Tito because he "leveled a series of outlandish allegations against" her during a fall appearance on the "Bubba the Love Sponge Show."

According to Petrizzo, "The letter demands that Michael Tito, a pal of Roger Stone who mulled challenging Luna in a primary, apologize on video for his accusations, which include claims that Luna was fired from a job — and that she had a sexual liaison with Rep. Matt Gaetz."

But Tito, according to Petrizzo, has consulted an attorney and has "said he isn't backing down from any of his claims about" Luna.

Tito told the Beast, "I didn't wake up one morning when I was going on 'The Bubba the Love Sponge Show' and say I am going to pull a bunch of stuff out of my a** and talk about it."

The Stone ally alleges that it was Paloma Zuniga of Hispanics for Trump who told him that "Luna practices witchcraft." Tito said, "That is where I heard that from. She puts spells on people."

Luna has made plenty of accusations herself. In 2021, according to the Tampa Bay Times, she accused her political rivals of plotting to kill her.

The 33-year-old Luna, who is originally from Southern California, first ran for Congress via Florida's 13th Congressional District in 2020, losing to Democratic then-Rep. Charlie Crist (a former Republican) by 7 percent. In 2022, Crist decided not to seek reelection and ran for governor of Florida instead; incumbent Gov. Ron DeSantis defeated Crist by 19 percent.

Luna ran for Congress again in that congressional district in 2022, when she was endorsed by former President Donald Trump. That time, she won, defeating Democratic nominee Eric Lynn by 8 percent and taking over the seat formerly held by Crist.