“They’re proving to the country that they’re just distractions," the Georgia Republican said 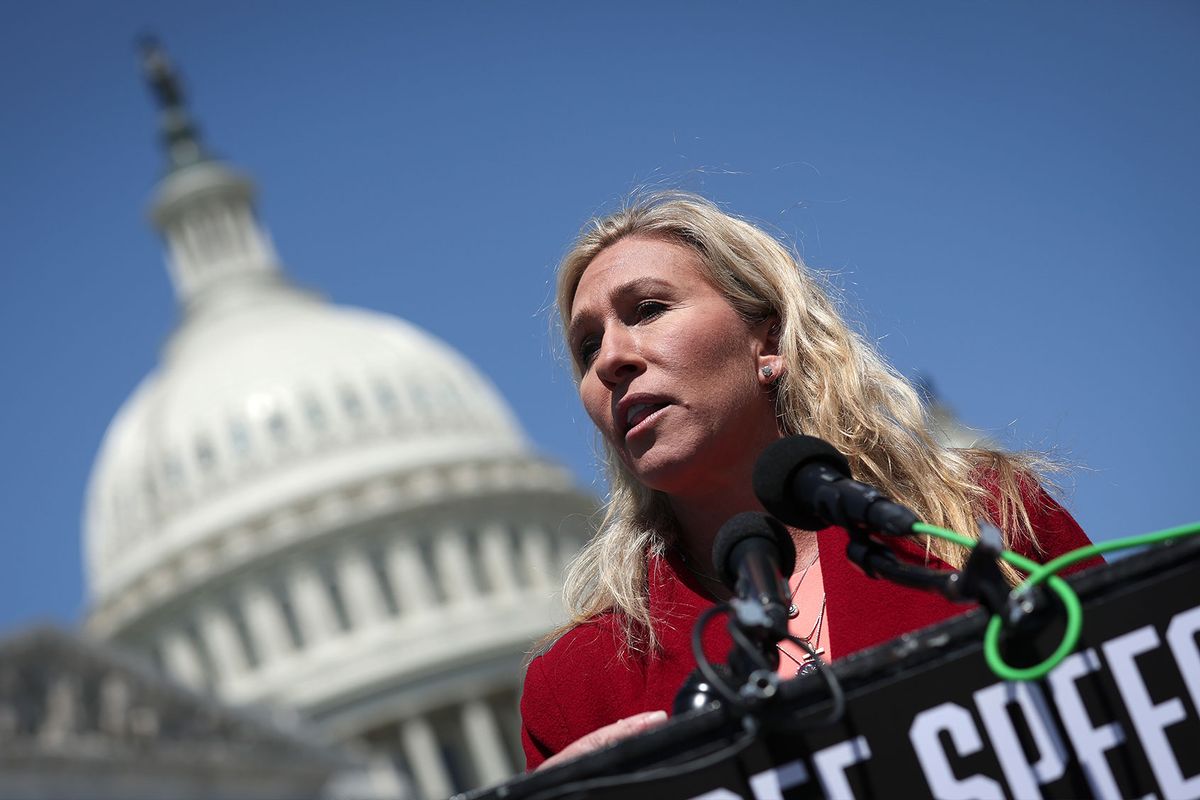 Rep. Marjorie Taylor Greene, R-Ga., is not pleased with her colleagues in the House Freedom Caucus who are refusing to back House Minority Leader Kevin McCarty, R-Calif., as he attempts to secure enough votes to become Speaker of the House.

According to Greene, there were a number of occurrences when the lawmakers allegedly turned their back on Republican voters supporting former President Donald Trump's Make America Great Again (MAGA) movement.

"If my friends in the Freedom Caucus, Matt Gaetz, and others will not take the win when they have it, they're proving to the country that they don't care about doing the right thing for America," she began.

"They're proving to the country that they're just distractions. And that's that's not what we need to do as a party. That's why Republicans fail. And I'm really tired of it," Greene concluded.

Greene went on to speak with C-SPAN where she criticized the lawmakers for focusing solely on their self-motivated demands of McCarthy. "We have been negotiating, talking, debating back and forth in our conference, trying to come to a really good rules package. And it's amazing. As a matter of fact, I'll quote Matt Gaetz. He said, 'It's exquisite,' Greene said.

She continued, "Three, three Republicans out of our 222. I want you all to know I have not done that for myself. The only thing I have done is is debate and request and argue among my peers for the right things, for the rules package and for our agenda for the American people. And that's the only thing I've done. I haven't asked for one thing for my for myself. And I'm the only Republican that has zero committees. So you would think I would be the one in there asking for something. But I haven't done that. But I find out that it's my Freedom Caucus colleagues and my supposed friends that went and did that, and they asked nothing for me. Nothing. That's what I found out in there. I'm furious."

Greene went on to name the Republican lawmakers she isn't pleased with. "Well, let me tell you something. While the conservatives that the base supports and believes in, let me let me remind everyone, they're not perfect either. Scott Perry, before his general election, refuse to vote against the bill. That was all about the gay marriage bill. He didn't, but he he refused to vote against it. He voted for it. Then when it came back around after his election, he was able to vote against it. Conservatives would not like that."

According to the news outlet, a clip of her remarks was uploaded to Twitter by Right Side Broadcasting.

Watch the clip below or at this link.