Why the new COVID variant XBB.1.5 is taking over the U.S. so quickly

In just a few weeks, XBB.1.5 has become the new dominant variant in many parts of the U.S. 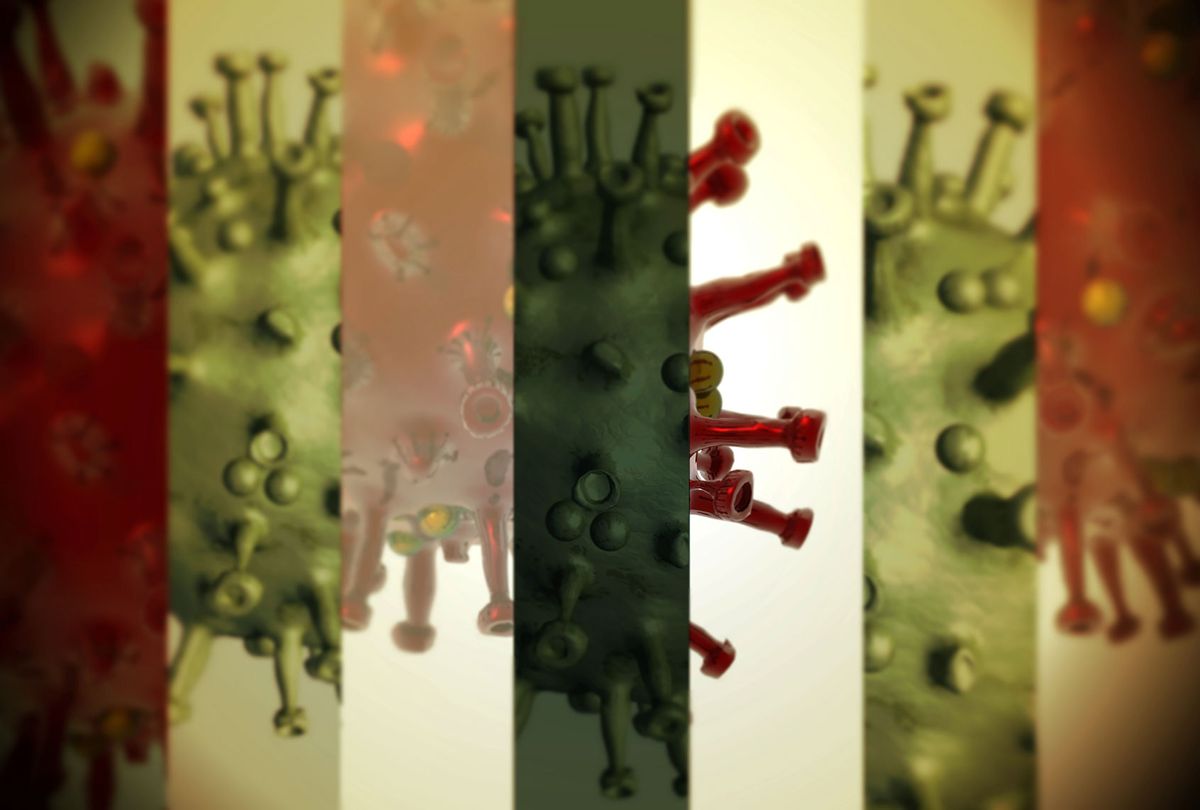 Here we go again. A new strain of SARS-CoV-2, the virus that causes COVID, is rapidly spreading in the United States — and it has some novel mutations that make it more immune-evasive than most of the strains currently or previously circulating. Once again, hospitals in some regions are witnessing a surge in cases, which may be due to this new variant. The new variant is spreading so fast that it rivals the omicron surge in late 2021 and early 2022 in its ability to cause so much illness so fast.

As we enter the fourth year of the pandemic, recombinants haven't been a huge deal. But that seems to be changing.

The variant is called XBB.1.5, one of the many offshoots of the omicron lineage, and it is a recombinant variant; that means two different strains of COVID met (most likely in an individual that caught two or more viruses at the same time), traded genetic information and re-combined. Being a recombinant variant also means it gets that weird XBB name; non-recombinant variants — which have straightforward lineages to previous versions of SARS-CoV-2 — are given names like BA.2 and BQ.1.1.

This ability to recombine is actually normal behavior for viruses, but it is still a big problem because these mutations can give the virus sudden advantages — in many cases, the ability to spread more quickly, cause more severe illness and dodge our best defenses against it. So far, as we enter the fourth year of the pandemic, recombinants haven't been a huge deal. But that seems to be changing.

"XBB is a different ballgame," Dr. Rajendram Rajnarayanan, an assistant dean of research and associate professor at the New York Institute of Technology campus in Jonesboro, Arkansas, told Salon. He said the emergence of XBB.1.5 is predictable, as many have been closely watching the evolution of this virus. "With a recombinant, you get mutations that makes it more evasive. And as we expected, [XBB.1.5] changed one small mutation, a V changed to a P at the 486 position. And that's it. All of a sudden, it binds to the host receptor better than most variants that we know so far."

To make matters worse, XBB.1.5 is quickly gaining a foothold in the United States, especially in Northeast states like New York and New Jersey. On Friday, December 30th, the U.S. Centers for Disease Control and Prevention (CDC) updated their variant proportion tracker; XBB.1.5 made up an estimated 40.5 percent of cases. For comparison: at the end of November, it was just a mere 1.3 percent of cases. That's a shockingly fast rise. Indeed, the Northeast is especially overwhelmed with XBB.1.5, where it makes up 75 percent of cases, according to CDC estimates.

Fortunately, our current strategies for fighting this new virus will still work for the most part. Masking with high-quality N-95 masks is still extremely effective at stopping the virus from spreading, as is updated ventilation systems and keeping up with vaccinations. But as pandemic fatigue sets in, these mitigation efforts are being largely abandoned — meaning even an effective strategy is useless if it is not used. And XBB.1.5 could just be getting started with us.

"XBB.1.5 in the northeast USA is right now, going at more than 50 percent of variant proportion ... means that it's probably going to mutate further," Rajnarayanan said.

Further mutations could mean that, as bad as XBB.1.5 may be, what comes down the line could be even worse. We can prevent things from intensifying the same way we should be fighting all versions of the virus: masking, vaccinating and improving indoor ventilation, staying home when sick and continuing to test and monitor for the virus. As Nature editors warned recently, "There's no room for COVID complacency in 2023."

XBB.1.5 is different from its parent XBB, a variant that caused alarm from some experts when it came on the scene early last October. XBB was first identified in India in mid-August, and quickly became a top-spreading variant in Singapore and other regions of Asia. Multiple studies showed that XBB and its cousin XBB.1 are among "the most resistant SARS-CoV-2 variants to date," as researchers writing in the journal Cell put it last December.

Some optimistic data suggests that while XBB and its offspring seem to be more contagious and immune evasive, they don't seem to be causing more severe disease.

"It is alarming that these newly emerged subvariants could further compromise the efficacy of current COVID-19 vaccines and result in a surge of breakthrough infections as well as re-infections," the authors wrote. "However, it is important to emphasize that although infections may now be more likely, COVID-19 vaccines have been shown to remain effective at preventing hospitalization and severe disease."

What that means is that previous infections and vaccination won't fully protect you from getting sick from XBB, though vaccines are still statistically likely to prevent serious illness, hospitalization or death. Vaccines also make it less likely for long COVID to develop, a condition in which the symptoms of COVID linger for months or even years.

Other research has similarly raised the alarm about how XBB has essentially evolved around some (but not all) strategies for fighting SARS-CoV-2. Some optimistic data suggests that while XBB and its offspring seem to be more contagious and immune evasive, they don't seem to be causing more severe disease. There are many metrics for evaluating the harm from a virus and transmissibility is just one of them.

But again, XBB.1.5 is different than its predecessors. While XBB first emerged in Asia, XBB.1.5 was first detected in New York. It's a home-brewed pathogen. Some recent research suggests that XBB.1.5 isn't any more immune evasive than XBB. Though it is worse than other variants, it could scale even higher, so that's a relief.

What makes XBB.1.5 more of a concern is that it has a mutation in the spike protein that has enhanced its binding affinity. While there may be many different versions of SARS-CoV-2 floating around, all of them work essentially the same way: they worm their way into our cells using a blobby arm on the outside of the virus called a spike protein. This is biology, not art, so this technique can work better or worse depending on the binding affinity.

Not only does this variant seem to have all the immune evasive properties of regular XBB, mutations in the spike protein have increased the binding affinity of XBB.1.5.

There are only slight differences in the genetic codes of these viruses, but the mutations in XBB.1.5 are a big problem. Not only does this variant seem to have all the immune evasive properties of regular XBB, mutations in the spike protein have increased the binding affinity of XBB.1.5. That means it has an even more convincing fake key, so it can enter cells even easier. Instead of a lockpicking kit, XBB.1.5 has a power drill. It kicks the door down way faster.

"So now it's already immune evasive [like XBB]. So it's retaining that property and is also binding to the host receptor as well," Rajnarayanan said. "That means it's highly accelerated. So currently we are seeing rates very similar to the early days of alpha or delta," referring to earlier, fast-spreading and extremely contagious strains of SARS-CoV-2.

To summarize, XBB.1.5 is great at evading immunity, but it doesn't seem to cause more severe hospitalizations or death than other omicron strains. At least, so far. We'll know more as more data presents itself. The increased binding affinity of XBB.1.5 will likely help it spread much faster than the BQ strains that were dominating just a few weeks ago. And as we saw in January 2022, if a strain like omicron is contagious enough, even a relatively "mild" version of the virus can spread chaos just through sheer volume of cases.

And no one who has struggled with the brain damaging aspects of a serious COVID case or the long-term struggle with something like long COVID would describe Omicron as mild. It's too early to tell how much damage XBB.1.5 will cause, but we aren't completely defenseless against this virus either. This is not like January 2020, when we knew relatively little about this virus. As Rajnarayanan noted, experts have predicted from the beginning that virus would keep evolving new ways to keep infecting people. It's up to us to decide if we want to slow its spread or not.