No, COVID is not “airborne AIDS." But what it does to your immune system is still scary

Despite blunting the immune system, COVID is very unlike HIV. Experts say "airborne AIDS" is an irresponsible label 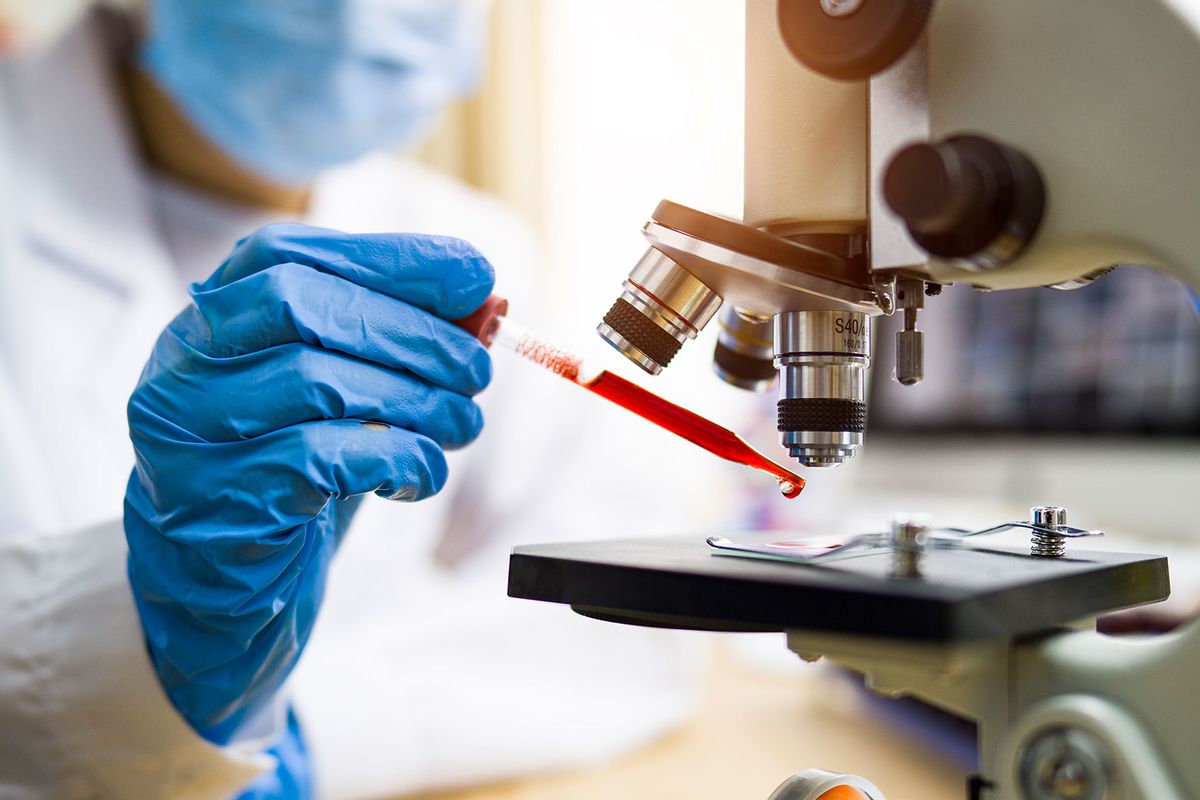 From a biological standpoint, it's remarkable how an unassuming virus like SARS-CoV-2 conquered the globe. In just three years, it's caused roughly 640 million COVID infections internationally, according to the World Health Organization (WHO), although this is almost certainly a stark underestimate.

SARS-2 is also extremely contagious, especially the newer variants from the omicron tree. The "variant soup" of new evolutionary branches is spawning strains like BQ.1.1, which emerging research suggests is the best virus version so far at evading antibody immunity, the body's primary defense against invaders. Meanwhile, one person infected with the omicron variant BF.7 will infect another 10 to 18 people on average if they ignore any preventative factors like masks or isolating.

Many of COVID-19's symptoms are similar to cold or influenza viruses, which typically involve fever, sinus, and respiratory issues. Yet SARS-CoV-2 is a very different virus from those in the way that it seems to affect our immune systems. Some have even compared its effects to other, far more serious immune system-destroying diseases. That's becauase when people contract COVID, especially in severe cases, it seems to do something devastating to their immune system memory. This is the body's primary way of identifying outsider microbes that pose a threat to our health. A critical part of this recall system are T cells, a type of white blood cell that helps the body recognize an infection, among many other functions.

Severe cases of COVID can trigger a hyperinflammatory response called a "cytokine storm" so intense that it seems to exhaust the T cells and decrease their number. Though researchers are still uncovering to what extent this is a problem, there is evidence this can create serious problems with fighting infections in the future — and not just COVID, but other diseases as well.

As the virus mutates, the most common COVID symptoms appear to be changing, too

But despite how devastating SARS-2 can be to the immune system, many people on social media, especially Twitter, have begun describing COVID as "airborne AIDS" or "airborne HIV." AIDS stands for Acquired Immunodeficiency Syndrome while HIV is the sexually-transmitted Human Immunodeficiency Virus, that weakens the immune system, increasing the risk of fatal diseases and cancers.

One professor tweeted that "airborne AIDS" might "just be what makes humanity go extinct," while others have echoed various levels of fear that a muted government response to COVID is going to sicken and kill everyone in an avalanche of illness. This label has existed since early 2020, but more and more people now seem to be adopting it.

Salon spoke with epidemiologists and immunologists about these theories about what COVID does to the immune system, and the "airborne AIDS" label. All of them said that calling SARS-2 "airborne AIDS" is deeply inaccurate, stigmatizing and just flat-out wrong. Yet they also cautioned that understanding what this virus actually does to the immune system is critical for developing protective therapies and keeping people safe as cases rise going into winter. And some researchers argue that not enough attention is being paid to how SARS-CoV-2 interacts with T cells.

Arjee Restar, a social epidemiologist, an assistant professor at the University of Washington, and a research faculty affiliate at Yale School of Public Health, said referring to COVID by this term is "scientifically inaccurate, incredibly irresponsible, and deeply insensitive to people with HIV."

"For years, I've been saying these repeat infections have the potential to harm our immune systems," Leonardi said. "I anticipated a cumulative effect."

"While they both target immunological responses, they are largely different in their epidemiological and socioecological aspects, and therefore, highly problematic to conceptualize as such," Restar told Salon in an email. "Not only that both viruses are different in terms of transmission and acquisition, which scientifically sets them apart to begin with, but also both carry two very different contexts: one is heavily stigmatized and weaponized for anti-Asian hate, and the other for homophobia and transphobia."

"It also further perpetuates HIV stigma, which people living with HIV and many other community leaders have long fought hard to destigmatize," Restar added.

Leonardi was one of the first experts to recognize how SARS-CoV-2 damages T cells, which worsens with repeat infections. In late 2020, he and Rui Proenca, a researcher at Johns Hopkins University, published research in Frontiers in Immunology describing SARS-CoV-2 as a "lympho-manipulative pathogen," meaning it alters the immune organs called lymph nodes, and "distorts T cell function, numbers, and death, and creates a dysfunctional immune response."

"When you use so much hyperbole, you actually do a disservice to true and real statements that SARS-CoV-2 actually can be harming the immune system," Leonardi told Salon.

"For years, I've been saying these repeat infections have the potential to harm our immune systems," Leonardi said. "I anticipated a cumulative effect."

But Leonardi argues that this is no reason to compare COVID to AIDS.

"When you use so much hyperbole, you actually do a disservice to true and real statements that SARS-CoV-2 actually can be harming the immune system," Leonardi told Salon. He emphasized that just because a virus can harm the immune system or even deplete T cells like SARS-CoV-2 does not make it analogous to HIV. Measles, for example, can delete immune memory by destroying T cells, which can take two to three years to recover. But no one calls measles "airborne AIDS."

Another example is Ebola, a virus with a fatality rate between 25 to 90 percent. "Ebola is one of the most efficient murderers of T cells," Leonardi said. "If someone gets an Ebola infection, their blood is a T cell graveyard. It's a site of cremation. It's just chaos, it's insane. But we don't call Ebola 'airborne HIV' or 'airborne AIDS."

It's true HIV creates immunodeficiency by slowly depleting T cells, but it can take two to six weeks to develop symptoms and about a decade to develop into AIDS. In contrast, SARS-CoV-2 can damage the immune system in a few days.

"I feel like cavalier comparisons between SARS-CoV-2 and other viruses has been a problem throughout [the pandemic.] So it's just a cold, it's just flu. And the other extreme is it's basically 'airborne AIDs."

Both viruses are different species with entirely unique mechanisms for entering host cells. HIV is a retrovirus, meaning it can insert itself into the DNA of a host and lay dormant there until something stirs it out. There is some evidence that SARS-COV-2 can lay dormant in reservoirs in the body, but it does this a different way.

Unlike the early days of the HIV pandemic, there are now very effective medications for HIV. No vaccines yet exist for HIV, but that may change in the near future. In contrast, there are many COVID vaccines and they are all pretty effective, even against some of the newer variants. And though COVID infection can last for years, many, many people recover. That isn't the case for HIV, which is incurable except in the case of a few experimental patients.

Epidemiologists have long agreed that if HIV, the virus that causes AIDS, were to become airborne, then it would be an extreme disaster. Some medical experts have gamed out this scenario, predicting infections across the planet could reach 100 percent as quarantine became useless. The long latency of the virus would make it almost impossible to avoid. That is, if SARS-2 really were like an airborne AIDS, it would be a serious problem, one capable of crumbling global society. Fortunately, reality is much different.

"I feel like cavalier comparisons between SARS-CoV-2 and other viruses has been a problem throughout [the pandemic.] So it's just a cold, it's just flu. And the other extreme is it's basically 'airborne AIDs,'" Dr. T. Ryan Gregory, an evolutionary and genome biologist at the University of Guelph in Canada, told Salon. "It's a very stigmatizing term. And I think it's not particularly helpful to get people to understand the main point of saying it. It's not a useful analogy."