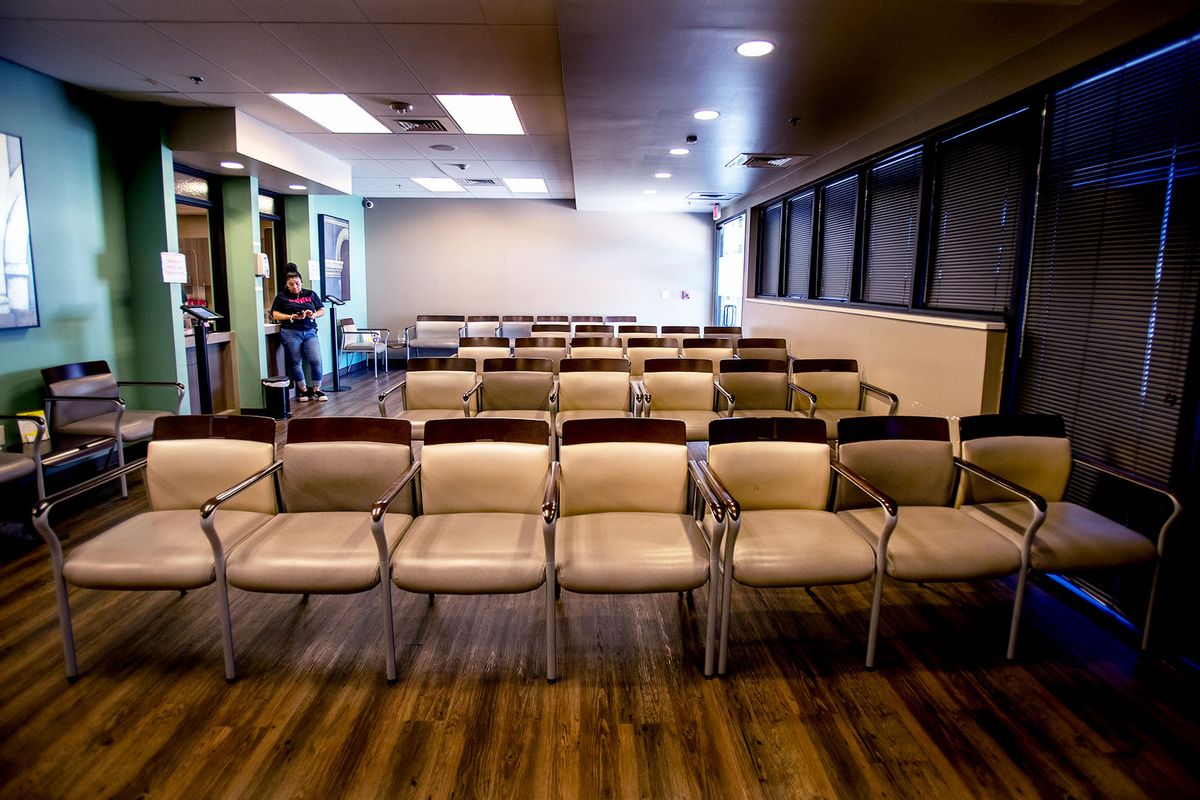 As reported by the The Guttmacher Institute, specifically the years between 2011 and 2017 ushered in an unprecedented wave of new abortion restrictions in the United States; 32 states enacted a total of 394 new restrictions. Sadly, according to a new study published in JAMA Psychiatry, a likely repercussion of these accumulating restrictions was an increase in death by suicide. The study suggests a connection between an increased rate of suicide and more abortion restrictions in a given jurisdiction.

The year in abortion in America

In the study, researchers believe that abortion restrictions played a role in some suicide deaths among younger women between 1974 and 2016. The study is the first of its kind to show an association between between abortion restrictions like Targeted Regulation of Abortion Providers (TRAP) laws and suicide rates among women of reproductive age.

"Enforcement of a TRAP law was associated with a 5.81% higher annual rate of suicide than in pre-enforcement years."

Specifically, researchers looked at 21 states that imposed mandates on abortion facilities and providers via TRAP laws, which are designed to zone abortion clinics differently from other health providers, like hospitals, making it possible for them to be shut down completely. In those states, the number of suicides of women of reproductive age — aged 20 to 34 years — was nearly 6 percent higher than in previous years when those laws weren't enforced.

Since researchers did not observe the same trend for older women, between 45 and 64 years old, they suspected the increase could have been a result of restricting abortion access. "Among reproductive-aged women, the weighted average annual-state level suicide death rate when no TRAP laws were enforced was 5.5 per 100,000," the study said. "Enforcement of a TRAP law was associated with a 5.81% higher annual rate of suicide than in pre-enforcement years."

The researchers from the University of Pennsylvania speculated the TRAP laws increased stress and anxiety among young women in these states.

"Stress is a key contributor to mental health burden and a major driver of increased suicide risk," said Ran Barzilay, a child-adolescent psychiatrist, neuroscientist and one of the researchers in a press statement. "We found that this particular stressor — restriction to abortion — affects women of a specific age in a specific cause of death, which is suicide. That's the 10,000-foot view."

"We believe that reproductive healthcare plays a crucial role in enabling women to effectively balance their family formation choices with their broader life objectives and ambitions."

Melissa Simon, an obstetrician gynecologist at Northwestern Medicine, told Salon via email that the study is "interesting," but emphasized it's "an ecological study so that means it is very vulnerable to bias and one cannot conclude causality from it." "There are a lot of factors that contribute to suicidality, but this trend amongst reproductive age women in the states that have at least one TRAP law is interesting and an important first step in research that could better elucidate factors for why women of reproductive age have higher suicide rates in these states with such laws," Simon said. "In addition, it is important to note that these states with TRAP laws also have higher maternal mortality rates than their non-TRAP law state counterparts."

Simon added that substance abuse, suicide, homicide are some of the leading causes of "preventable maternal mortality in these states with TRAP laws."

Despite cries from anti-abortion advocates who claim having abortions can reversely lead to an increased risk in suicide, much scientific research shows that restricting access to abortions is more harmful to one's mental health, as reported by the The American Psychological Association (APA). Most famously, a five-year longitudinal study called The Turnaway Study found that women who had been denied an abortion experienced higher levels of stress and anxiety. The study also found that there was no difference in suicidal thoughts between women who had abortions and those who were denied an abortion.

"In general pregnancy is a very important and life-changing time in a person's life and impacts health in many ways, and thus it is important to ensure mental health supports are available for the pregnant person in order to mitigate the stress and other factors that contribute to risk for suicidality and other causes of maternal mortality," Simon said. "Having laws that prohibit a pregnant person to make health decisions over their own body, vis-a-vis TRAP laws, only further adds to the mental stress and anguish experienced."

One of the study's authors, Jonathon Zandberg, told Salon via email "we hope people understand that we are not advocating for or against abortions."

"We are simply trying to measure the indirect consequences of restricting access to reproductive care," Zandberg said. "We believe that reproductive healthcare plays a crucial role in enabling women to effectively balance their family formation choices with their broader life objectives and ambitions; the realization that an unplanned pregnancy may now significantly perturb this balance seems to lead to adverse mental health outcomes."

Collectively, the study's authors believe their findings have clinical and ethical implications.

"Clinicians should be cognizant of the additional stresses that restricted access to reproductive care engenders as it pertains to clinical care and suicide prevention for women of reproductive age," the authors wrote in the study. "Second, the findings inform ethical considerations surrounding access to abortions and reproductive care more broadly, even as the issue remains at the center of a divisive debate in the United States following the recent ruling on Roe v. Wade."

Since the research from the recent JAMA study ended in 2016, it's unclear how and if more recent abortion restrictions post-Roe have affected suicide rates among women.

"Our findings highlight the need for studies to identify mechanisms through which restricted access to reproductive care could affect risk for suicide among reproductive-aged women, including by amplifying stress and anxiety. which are established risk factors for suicidal ideation and behavior, or by eliminating autonomy in decision-making around childbirth and reproductive care," the authors concluded.