Before we canonize the late pope, let’s remember all the harm his preaching caused — and hope for something better 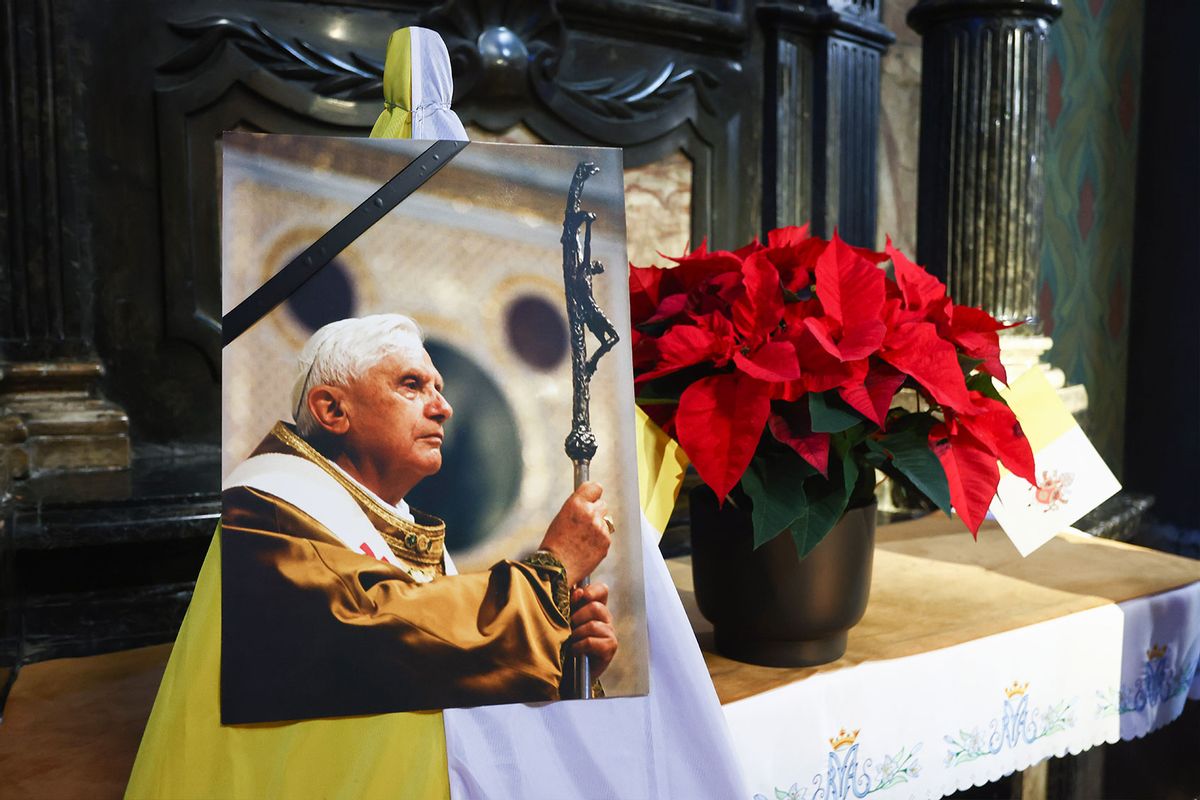 They say you should never speak ill of the dead, but we may need to make an exception for Pope Emeritus Benedict XVI. I don't presume to judge the state of his soul when he met his maker. But in the mostly positive coverage of this complicated man and his troubled papacy, I fear we will forget all the damage he did to so many Catholics over the course of his long career.

This is not about vengeance. It's an attempt to stop a Benedict cult before it begins. During his more than four decades at the Vatican, Benedict had a profound impact on the American Catholic church, long dominated by conservative prelates appointed by him and his predecessor, Pope John Paul II. These American bishops placed their allegiance in Benedict even after he stunned the world by retiring in 2013, a step one Vatican critic called the "only great reform" of his papacy. At his death, these anti-abortion warriors and hardliners remain, in thought, word and deed, Benedict's Mini-Mes.

How did the late pope harm Catholics? Let me count the ways.

Nicknamed "God's Rottweiler" for his zeal in 24 years at the head of the Vatican's Congregation for the Doctrine of the Faith, whose roots date back to the Inquisition, he not only opposed the ordination of women to the priesthood but claimed the ban could never be lifted.

As pope, he fired an Australian bishop for merely suggesting that ordaining women might to be a good way to address the shortage of male priests.

His church not only didn't give more power to women; it actively tried to suppress them.

In 2012, his Vatican chastised U.S. nuns for being influenced by "radical feminism," and for purportedly straying from U.S. bishops' positions on homosexuality and women's ordination. The Leadership Conference of Women Religious was placed under the supervision of three conservative American bishops for its "serious doctrinal problems."

For someone so in love with law and order, Benedict should have tackled the church's sexual abuse crisis with more zeal and thoroughness. Yes, as pope, he did expel scores of priests, but that was a half-measure. Indeed, when he served as the church's doctrinal cop, he reportedly advised Catholic bishops across the globe that abuse cases could be kept secret and not reported to law enforcement.

While serving as an archbishop, he may have practiced what he preached. According to a recent report commissioned by the Munich archdiocese, the late pope was implicated in the coverup of four abuse cases, accusations Benedict strongly denied.

In a statement, the Survivors Network of Those Abused by Priests insisted: "Honoring Pope Benedict XVI now is not only wrong. It is shameful."

Benedict also showed little mercy to gay Catholics. Marianne Duddy-Burke, the head of DignityUSA, which represents LGBTQ Catholics, observed that Benedict's views and pronouncements "forced our community out of Catholic churches, tore families apart, silenced our supporters, and even cost lives. He refused to recognize even the most basic human rights for LGBTQIA+ people. Many of us experienced the most harsh and blatant religiously justified discrimination of our lives as a result of his policies."

Whenever the choice was to protect the institutional church and its rigid teachings, or to help his flock, Benedict always chose rigidity. Indeed, his Vatican defended a Brazilian archbishop's decision to excommunicate the mother of a nine-year-old girl likely raped by her stepfather for seeking termination of the pregnancy. The doctors who deemed the abortion necessary to save the girl's life were also excommunicated, but not her rapist.

Benedict did replace the archbishop who caused all the controversy, likely because he stirred up so much bad publicity, not because what he did was inhumane.

That precisely defined the problem. Like his predecessor John Paul II, Benedict saw the church as a bulwark against the world. He was consistently more worried about the institution and the purity of doctrine than about the welfare of the people within it.

By resigning but sticking around with a title he made up, pope emeritus, and choosing to dress in papal white, Benedict was like the ever-present brake to Pope Francis' more progressive instincts, and a constant reminder to conservative Catholics that the authentic papacy (in their view) still burned brightly.

May Benedict now rest in peace — and fade into the past. That may free Pope Francis to make the reforms the church so badly needs.

about the Catholic Church in the 2020s