The ex-GOP aide alleged that Schlapp "grabbed my junk and pummeled it at length," which the CPAC organizer denies 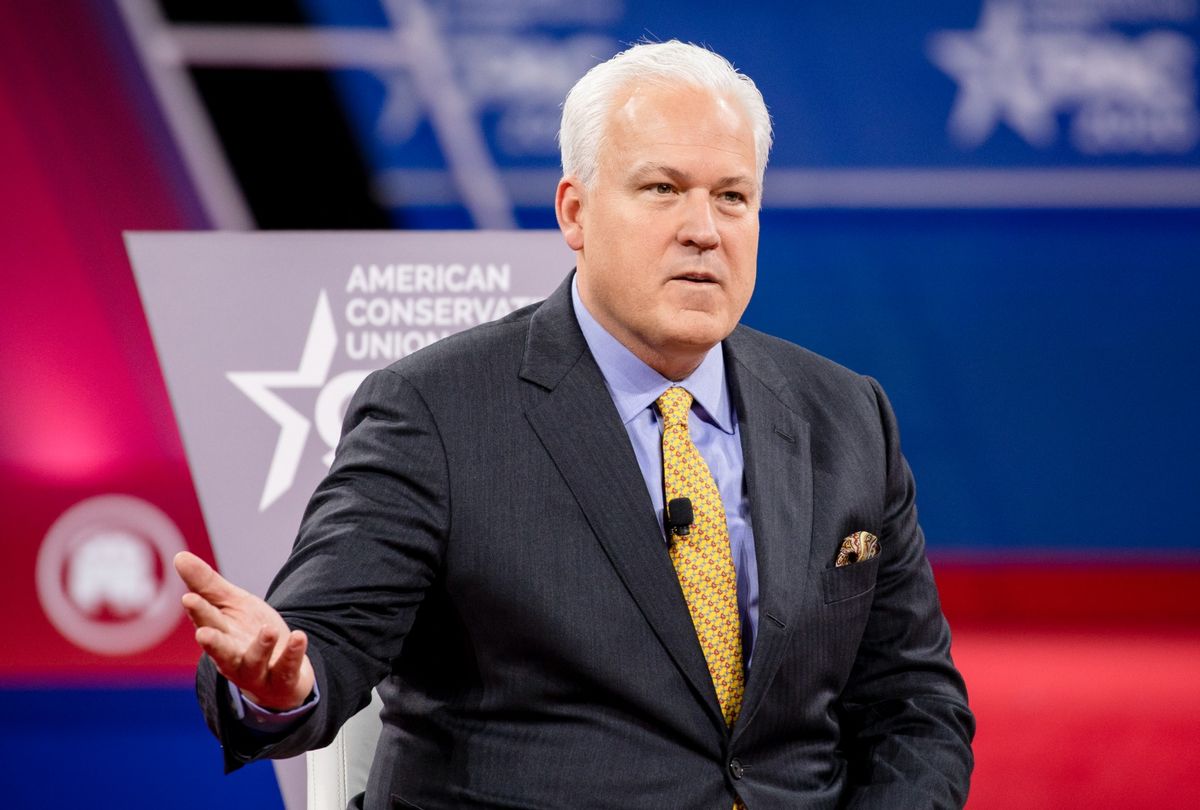 Far-right MAGA Republican and former football star Herschel Walker was among the Donald Trump-backed candidates who suffered defeat in the 2022 midterms. Walker ran what his critics believe was an incredibly flawed U.S. Senate campaign in Georgia, ultimately losing to Democratic incumbent Sen. Raphael Warnock in a runoff election.

Matt Schlapp was one of the GOP activists who fought hard to save Walker's doomed campaign. Now, according to the Daily Beast's Roger Sollenberger, he is being accused of sexual harassment by a former staffer for that campaign.

Schlapp is a prominent figure on the right. In addition to chairing the American Conservative Union since 2014 and co-leading the consulting firm Cove Strategies, Schlapp is the main organizer for the Conservative Political Action Conference (CPAC) — which featured Hungarian strongman Viktor Orbán as a speaker at its Texas event in 2022.

According to Sollenberger, the ex-Walker staffer, a male, alleges that Schlapp made "sustained and unwanted and unsolicited" sexual contact with him in October when he was driving the conservative activist back from a bar in Atlanta. A Schlapp attorney is vehemently denying the ex-staffer's allegations.

Sollenberger reports, "The staffer said the incident occurred the night of October 19, when Schlapp, chair of the American Conservative Union and lead organizer for the influential Conservative Political Action Conference, 'groped' and 'fondled' his crotch in his car against his will after buying him drinks at two different bars. The staffer described Schlapp, who had traveled to Georgia for a Walker campaign event, as inappropriately and repeatedly intruding into his personal space at the bars. He said he was also keenly aware of his 'power dynamic' with Schlapp, widely regarded as one of the most influential figures in national conservative politics."

The former staffer, interviewed by the Beast, alleged, "It was a public space, and I was thinking that he got the hint. I did not want to embarrass him. But it escalated."

Sollenberger did some bombshell reporting on Walker's Senate campaign in 2022. It was Sollenberger who broke the allegations of a former girlfriend who said that Walker impregnated her and urged her to have an abortion. Supported by many far-right white evangelical Christian fundamentalists, Walker campaigned on imposing severe abortion bans and opposes abortion even for rape victims.

The Beast interviewed Charlie Spies, an attorney for Schlapp who is denying the former Walker campaign staffer's allegations. Spies told the Beast that Schlapp "denies any improper behavior," adding, "This appears to be now the 12th Daily Beast piece with personal attacks on Matt Schlapp and his family. The attack is false, and Mr. Schlapp denies any improper behavior. We are evaluating legal options for response."

Sollenberger notes that the former Walker campaign staffer asked him not to reveal his name in his January 6 article but may want his name revealed later.

According to Sollenberger, "The staffer, in his late thirties, recalled that while he drove Schlapp back to the hotel, Schlapp put his hand on his leg, then reached over and 'fondled' his crotch at length while he was frozen in shock, calling it 'scarring' and 'humiliating.' When they arrived at the hotel, the staffer said Schlapp invited him to his room. The staffer said he declined and left 'as quickly as I could.' He informed the campaign about the incident the next morning."

In a video made in October, according to Sollenberger, the former staffer alleged, "Matt Schlapp of the CPAC grabbed my junk and pummeled it at length, and I'm sitting there thinking what the hell is going on, that this person is literally doing this to me…. From the bar to the Hilton Garden Inn, he has his hands on me. And I feel so f*****g dirty. I feel so f*****g dirty. I'm supposed to pick this mo*********r up in the morning and just pretend like nothing happened. This is what I'm dealing with. This is what I got to do."