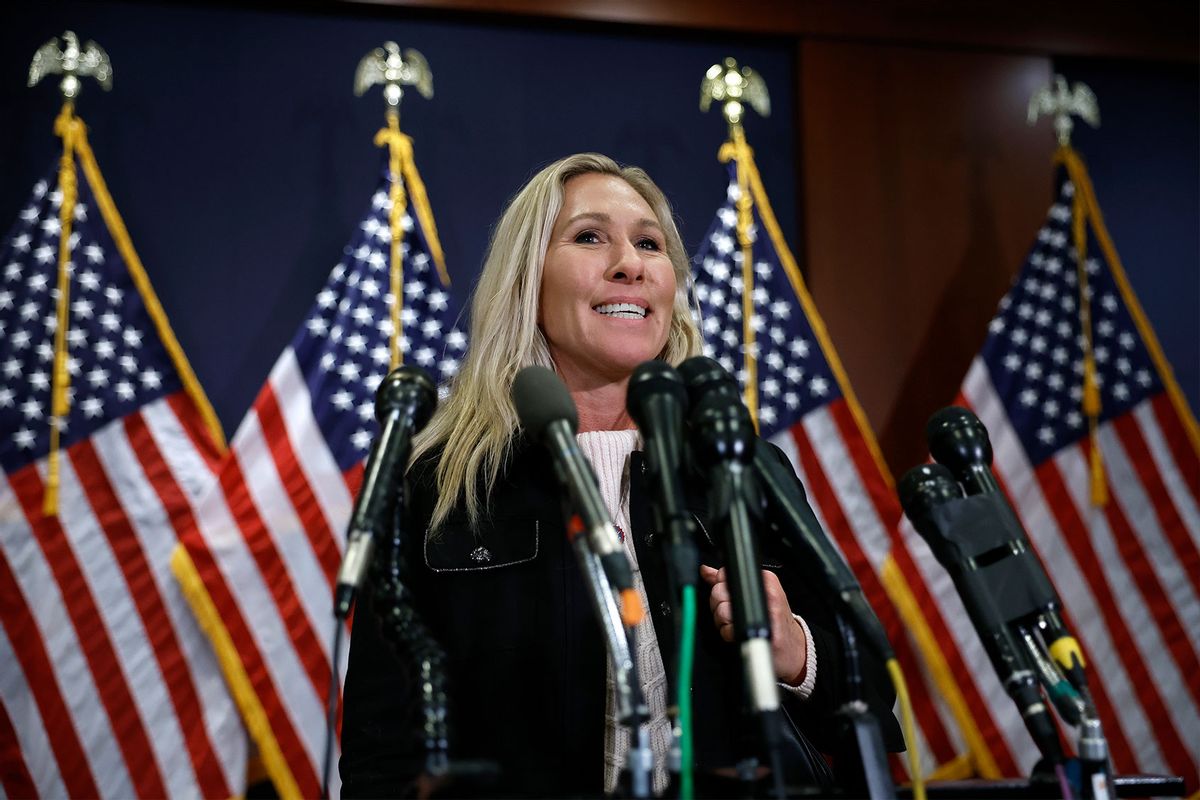 The right-wing agitator stepped up his attacks on the Georgia Republican, whose support for Kevin McCarthy (R-CA) as House speaker opened a rift with Rep. Lauren Boebert (R-CO), with an apparent blackmail threat and a string of misogynist slurs, reported Right Wing Watch.

"I will not suffer this harlot," Alexander said on his Telegram page. "I will not be taught vows and loyalty, commitment from a whore! You have got me mistaken for some damn fool, and a fool, Ali Alexander has never been called."

Alexander, who faces his own legal troubles over his role in planning the rally that preceded the Jan. 6 insurrection, did not provide any details about the crime Greene allegedly committed, but he said it occurred in Georgia and could result in her expulsion from Congress.

"In the coming days I'm going to reveal that Marjorie Taylor Greene, in my summation and the summation of lawyers, committed a crime," Alexander said. "That crime is going to be handed to the state of Georgia, and the state of Georgia will decide whether they adjudicate that crime or not. The House Ethics Committee and House Rules [Committee] must expel Marjorie Taylor Greene when this evidence comes to light."