"Oh for Christ's sake," Bash is heard saying over McCarthy jumping the gun on Friday 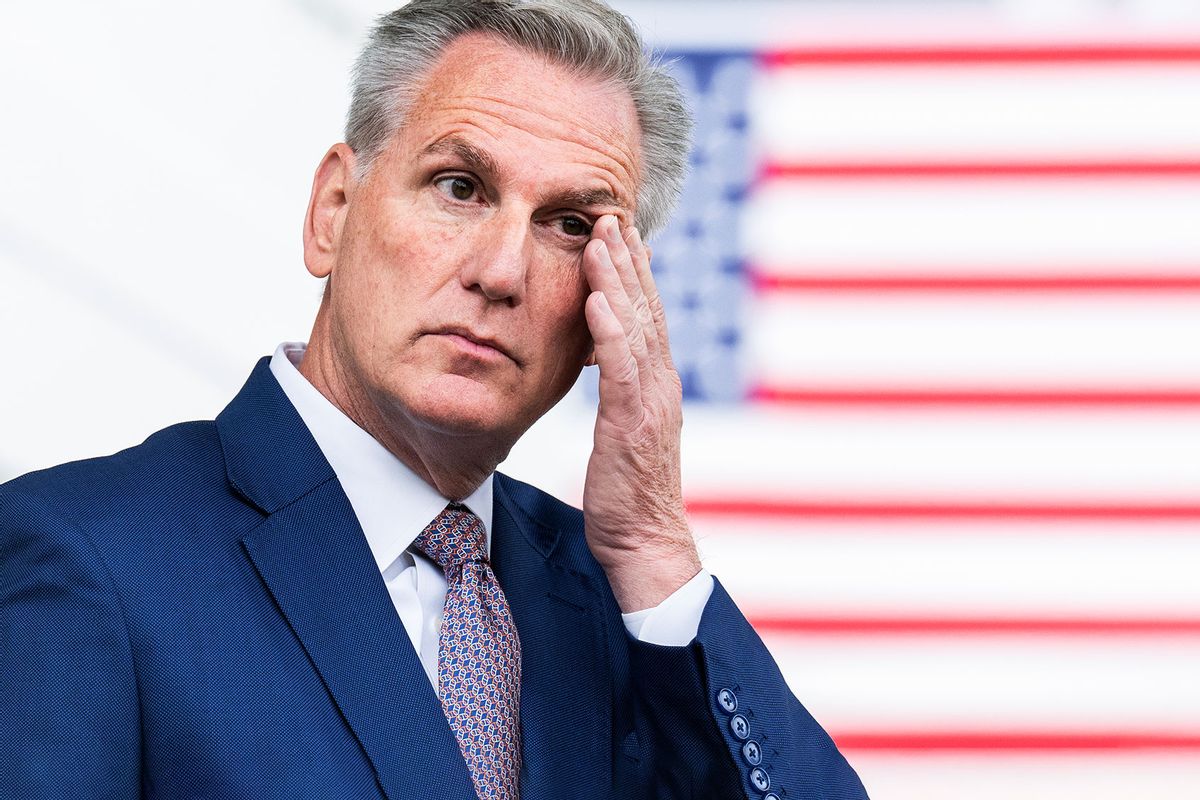 House Republican leader Kevin McCarthy (R-CA) has so far failed in his bid to become House Speaker on 13 straight ballots -- but he believes he finally has secured enough to win in a vote later tonight.

While talking to reporters on Friday afternoon, a confident sounding McCarthy outlined why he believed his own party was finally ready to give him enough votes to get him across the finish line.

"I believe at that time we'll have the votes to finish this once and for all," McCarthy said. "It just reminds me of what my father always told me: It's not how you start, it's how you finish. And now we have to finish for the American public."

At this point in the CNN broadcast, a voice that sounded like CNN's Dana Bash interjected and said, "Oh, for Christ's sake."

In subsequent coverage of the upcoming 14th House Speaker vote, Bash would ridicule the notion that McCarthy had showed that he'd gotten his caucus in order and she suggested that he only showed them how they could effectively blackmail him during future negotiations.