"She just wanted to kind of make peace in her family," says former White House press secretary and top aide 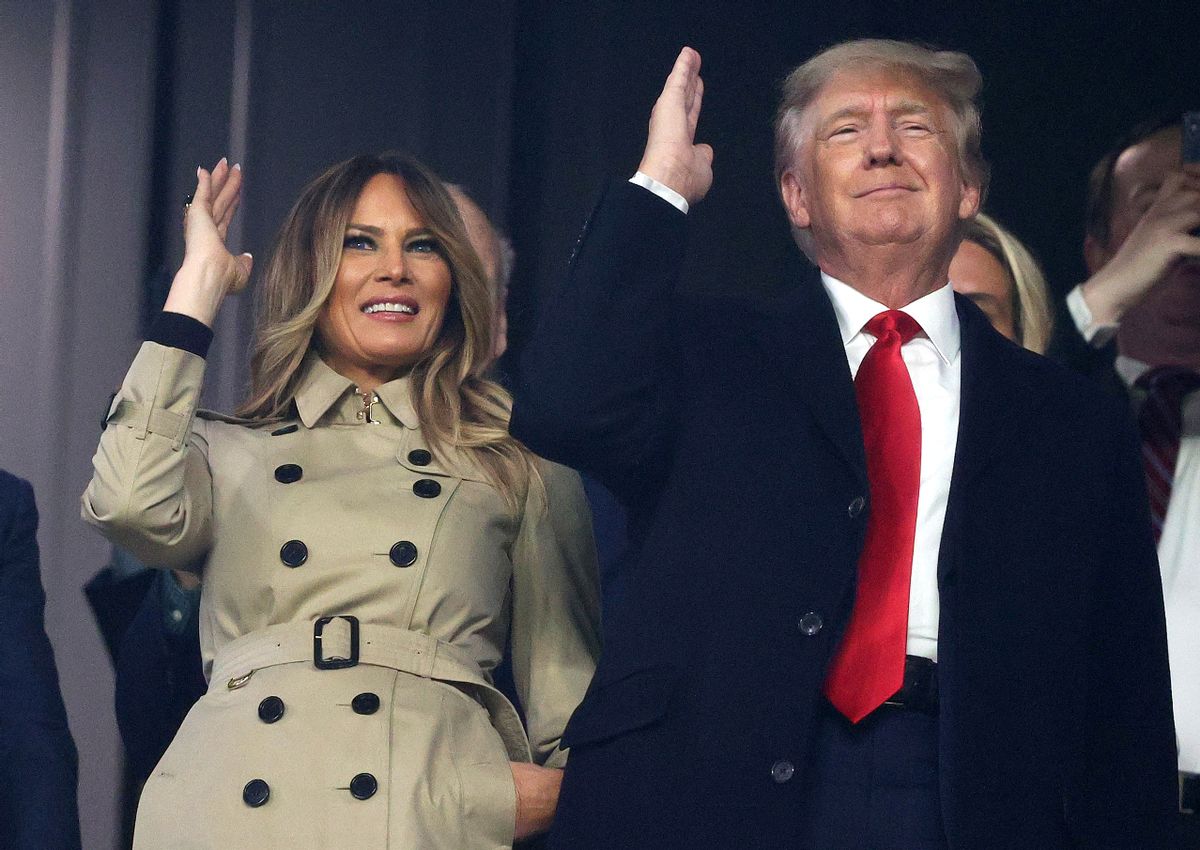 Former first lady and president of the United States Melania and Donald Trump do "the chop" prior to Game Four of the World Series between the Houston Astros and the Atlanta Braves Truist Park on October 30, 2021 in Atlanta, Georgia. (Getty Images)
--

Appearing on MSNBC with host Alex Witt, Stephanie Grisham, the former White House press secretary and top aide to Melania Trump, was asked how things changed between the former first lady and her husband in the waning days of his presidency.

According to Grisham, Donald Trump's wife was always protective but worked diligently to keep her wing of the White House separate from the West Wing.

As she told the MSNBC host, "You know, she was always very protective of who was around her husband. She very much liked people who would tell him the truth, tell him he shouldn't do things and she felt that many of those people that you just mentioned would oftentimes tell him what he wanted to hear."

"Another big thing with her is that she didn't like people profiting off of her husband, or her family," she continued. "And so when you consider how much Jason Miller has made off of the Trump family, or, you know, Kimberly Guilfoyle demanded $60,000 just to introduce the president the day of the rally, it was things like that that bothered her."

With Witt pointing out Melania was reportedly "big on tradition," Grisham agreed, but then explained how things changed.

"Very, very big on tradition, a big rule-follower," Grisham explained. "Again, the entire time I worked there we had a very separate two wings. I didn't have to ask permission to put statements out. We often put statements out and did things contrary to what the West Wing liked. So, the fact that towards the end as she kept asking me, 'what's the West Wing doing?' all I can think of is that she knew that they were leaving, she knew that she was going to have to go and live at Mar-a-Lago, or in New York with the president, and not have the buffer of staff between her."

"And she just wanted to kind of make peace in her family for the after the White House part of their life," she added.