Boebert's move may have led to the standoff between Reps. Mike Rogers and Matt Gaetz 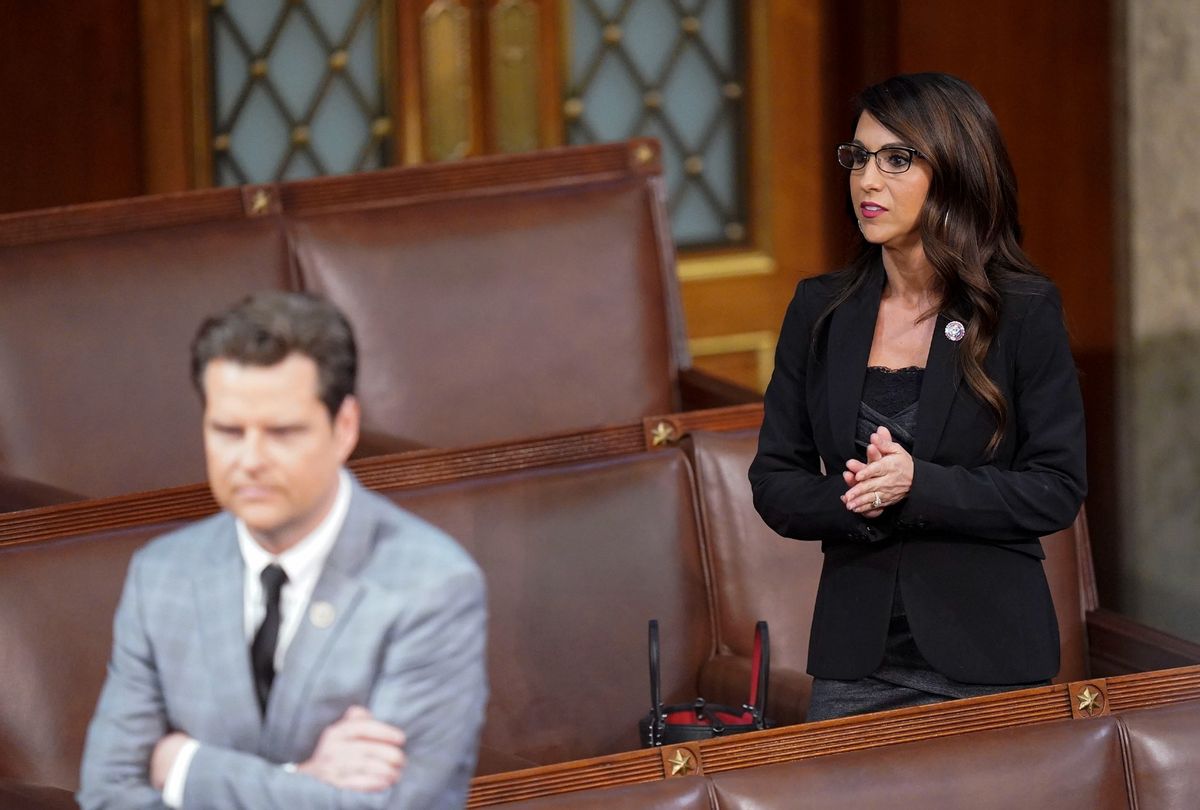 Lauren Boebert (R-Colo.) and Matt Gaetz (R-Fla.) arrive before the House reconvened Friday night following 13 rounds of voting for speaker earlier in the day during a meeting of the 118th Congress, Friday, January 6, 2023, at the U.S. Capitol in Washington DC. (Jabin Botsford/The Washington Post via Getty Images)
--

According to Punchbowl News founder John Bresnahan, the literal floor fight in the House late Friday night that saw Rep. Mike Rogers, R-Ala., hauled away after he tried to attack Rep. Matt Gaetz, R-Fla., was precipitated by a goof in voting by Rep. Lauren Boebert, R-Colo., on the 14th ballot.

That, in turn, led McCarthy to march up the aisle and confront the Florida Republican where, reportedly "F-bombs were flying," before Rogers stormed down the aisle to join in.

During an appearance on CNN's "Inside Politics," Bresnahan explained that Gaetz shouldn't have been the focus of their ire and that it was a Boebert mistake which initiated the chaos.

"Rogers came over and said 'you're done,' he's the only guy on Armed Services voting against McCarthy, and it got a little worse and that's when Richard Hudson stepped in," he elaborated.

"One thing that was interesting to me is that what we were told was Lauren Boebert was sitting next to Gaetz, and we were told on that vote, on the 14th vote, she was actually going to vote for Gaetz, which would have allowed Gaetz to vote present, which McCarthy would have won on the 14th vote," he continued. "Voted for Gaetz, then Gaetz can vote present. What happened is she voted present, and Gaetz voted present, and he didn't get it. He got on the number but he didn't get there. There was some confusion about what was happening, and that's when everybody panicked and flipped out."

You can watch below or at the link: