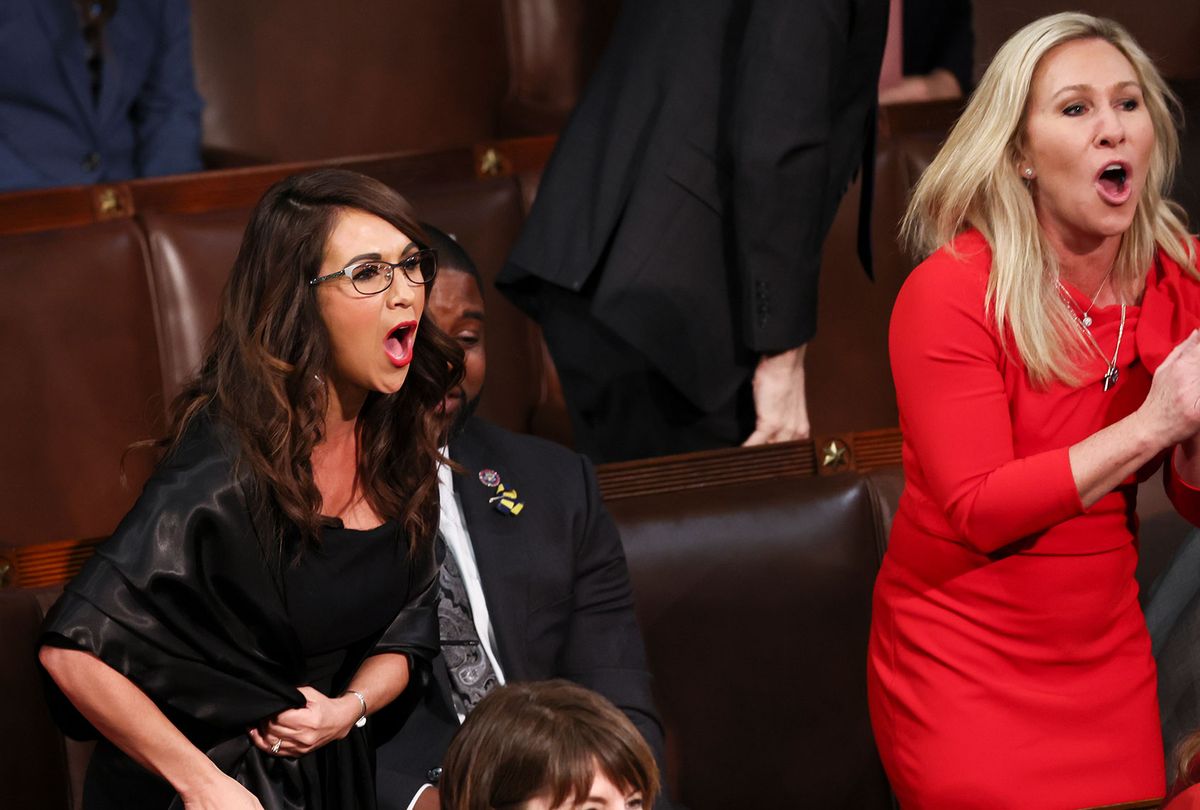 Stemming from the internal fight amongst Republicans over who would be the next Speaker of the House, the growing rift between Marjorie Taylor Greene, R-Ga., and Lauren Boebert, R-Colo., is showing no signs of slowing down.

As LGBTQ Nation points out, the rift between the two was exposed when Boebert joined her colleagues Reps. Matt Gaetz, R-Fla., Bob Good, R-Va., and Paul Gosar, R-Ariz., in voting against Rep. Kevin McCarthy, R-Calif., for speaker of the House, while Greene was in favor of McCarthy. Speaking to the Associated Press this weekend, Boebert mentioned some of Greene's past conspiratorial rhetoric.

"I have been asked to explain MTG's beliefs on Jewish space lasers, on why she showed up to a white supremacist conference. ... I'm just not going to go there. She wants to say all these things and seem unhinged on Twitter, so be it," Boebert told the Associated Press, referring to Greene's comments where she suggested that the Rothschilds, a Jewish banking family, were connected to the wildfires in California in 2018.

"In the minority, all I had was my voice, the only thing I could do was be loud about the things I'm passionate about. We have to lead right now, we have to show Americans that we deserve to be in the majority," Boebert said.

From LGBTQ Nation: "Boebert and Greene may seem like two peas in a pod from a distance: both are white, cisgender, straight women with no prior political experience just starting their second terms in the House; both are anti-LGBTQ+ extremists; both have stated their support for the QAnon conspiracy theory; and both have worked to overturn the results of the 2020 election."