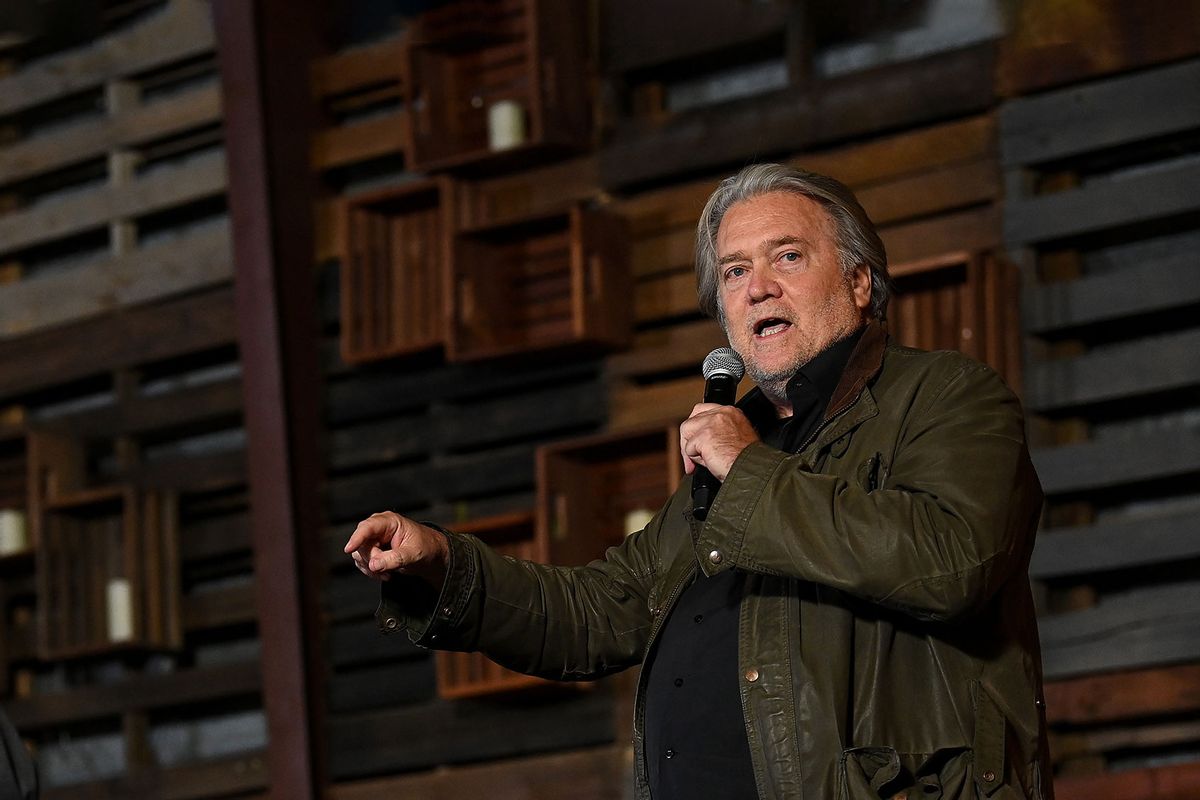 Former White House chief strategist Steve Bannon, who played a central role in the January 6, 2021 attack on the Capitol, praised supporters of Brazil's former President Jair Bolsonaro, who stormed the National Congress and other government buildings in Brasilia on Sunday to protest his election loss.

Similar to his claims casting doubt on the results of the 2020 U.S. presidential election, Bannon began spreading baseless rumors and promoting unproven claims about election fraud leading up to the run-off between the far-right Bolsonaro and former leftist President Luiz Inácio Lula da Silva.

In different episodes of his "War Room" podcast, Trump's former adviser and his guests repeated false allegations of a "stolen election" and made claims about shadowy forces.

He even promoted the hashtag "#BrazilianSpring" to encourage Bolsonaro supporters to oppose the results. The hashtag trended on Brazilian Twitter several times, The Washington Post reported.

Demonstrators were also photographed holding signs "#BrazilianSpring" and "#BrazilWasStolen" in English, underscoring the close ties between right-wing movements in the U.S. and Brazil, according to the Post.

When rioters broke through a blockade set up by security forces and invaded government buildings on Sunday, Bannon described them as "Brazilian Freedom Fighters" on the conservative social media app Gettr.

"The Criminal Atheistic Marxist Lula stole the Election and the Brazilians know this... now see Lula crackdown like all Communist dictators," Bannon wrote.

One of the leaders of the "Stop the Steal" movement Ali Alexander also echoed similar sentiments, writing, "Do whatever is necessary!" and claimed to have contacts inside the country.

Jair Bolsonaro, who has refused to concede his loss and called for his supporters to continue protesting outside of military bases, has made claims about the system not being "100 percent ironclad," according to the New York Times.

"There's always the possibility of something abnormal happening in a fully computerized system," Bolsonaro said after voting.

In November, Eduardo Bolsonaro posted a video of Bannon speaking on his podcast, suggesting that Brazilians should be angry about the use of electronic voting machines in their elections. The clip resurfaced on social media in the wake of the attack in Brasilia.

"Once they start taking and digitizing the elections, once they start going to machines where you can't get paper ballots—you don't have proof of ID, they're taken away from the precincts, they start to centralize it in collection centers—that's all done for one reason," Bannon said. "That's to consistently steal elections because they know they don't have the backing of the people."

A banner displayed by the rioters on Sunday declared "We want the source code" - which reflected the rumors that electronic voting machines were programmed or hacked to steal Bolsonaro's victory, The BBC reported.

Several prominent Brazilian Twitter accounts that pushed out election denial conspiracy theories were also reinstated on Twitter after the election and following the ownership of Elon Musk, according to BBC analysis.

about Bannon and Bolsonaro