The next generation of Israelis are becoming increasingly religious, and the new government represents that change 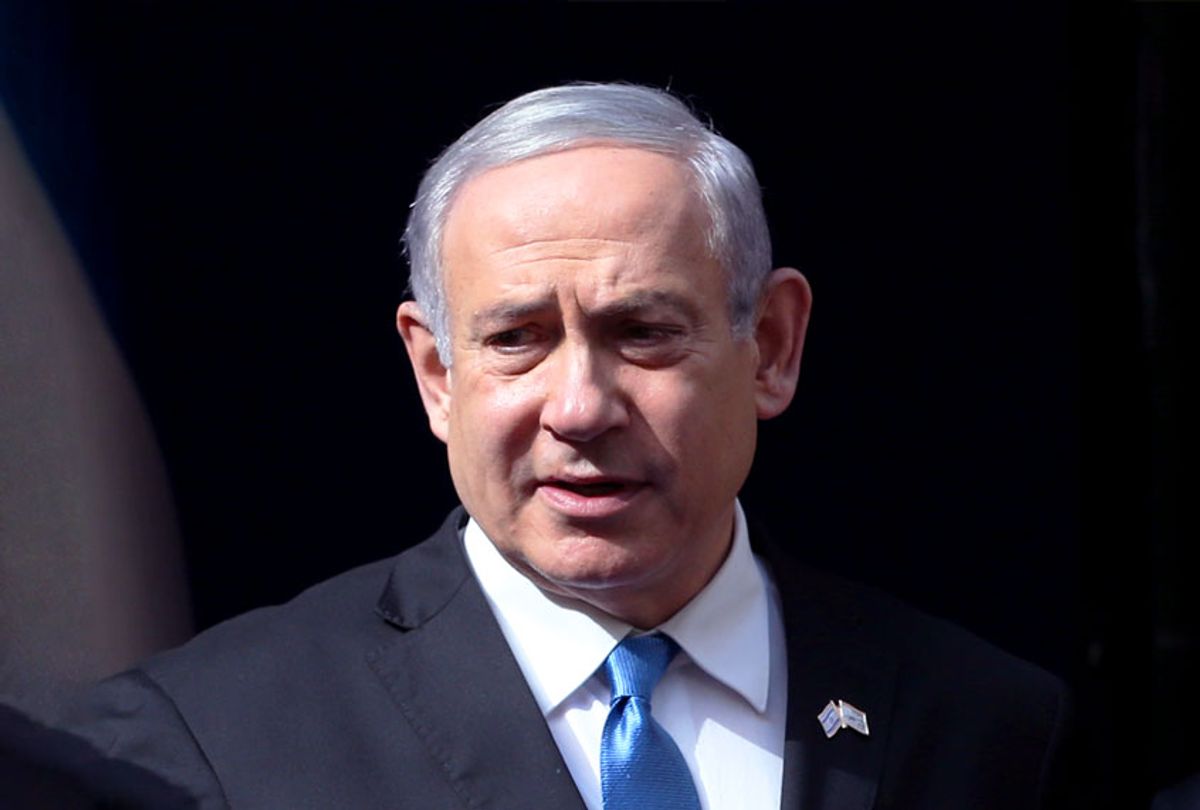 Israel's new goverment is the most right-wing and religious leadership the country has had in the 75 years of its existence, as many observers have pointed out. And this style of leadership may last because it represents the next generation of Israelis.

You don't have to look far to see that the religiously observant Orthodox and ultra-Orthodox sectors of Israel's population are growing quickly. The new minister of Jerusalem affairs has 12 children. The minister of national missions — one of the few women in the cabinet — has 11, the housing minister 10, the interior minister nine, the finance minister and the minister of immigration have seven each and the minister of heritage has six.

The rapid growth of Israel's ultra-Orthodox population has profound consequences for the rest of society, especially Israel's delicate status quo between religion and secularism. Moreover, ultra-Orthodox voters and politicians are increasingly allied with parties from another religious demographic whose influence is growing: Orthodox nationalists.

As a professor of Israel Studies, I would argue that Israel's future may look less like the cosmopolitan, secular Tel Aviv than the nearby ultra-Orthodox city of Bnei Brak or one of the satellite towns outside Jerusalem that are centers of Orthodox nationalism.

In 2015, then-President Reuven Rivlin gave a famous speech in which he called Israel a society of "four tribes."

There are secular or moderately religious Jews, who constituted the vast majority of the country's founders and until today make up most of its political, economic and cultural elite. Though estimates vary, around half of Israel's Jewish population consider themselves secular, and 19% are marginally observant.

Then there is the group usually called National Religious, or Religious Zionist. These Israelis combine Orthodox Judaism with commitment to political Zionism, and now constitute the core of the settler movement in the West Bank. They constitute around 20% of Israel's Jewish population, or about 15% of its total population.

A third group is called Haredim, or ultra-Orthodox in English. Unlike other Orthodox Jews, who are integrated into mainstream neighborhoods and workplaces, many Haredi groups try to separate themselves to an extent from secular society. Originally, they did not support the creation of the State of Israel, which they believed should come about only through the Messiah. Today, however, Haredi communities are politically associated with right-wing parties.

The fourth group Rivlin mentioned are Israeli Arabs, or as they increasingly call themselves, Palestinian citizens of Israel.

These four groups rarely interact in everyday life. Each has its own school system, and they marry and socialize within each other — which Rivlin warned could weaken the country.

Over time, there has been a population shift between the four sectors. When Rivlin delivered his speech in 2015, he reported that for the first time, most of Israel's first graders were not admitted to secular Jewish schools, but to one of the three other systems.

The ultra-Orthodox population is growing quickly. Haredi families have an average of about seven children, compared with just three in the general population and two among secular Jews. According to a recent study of the Israel Democracy Institute, the ultra-Orthodox sector constitutes 13.5% of Israel's population today and will rise to 16% by the end of the decade, with further increases expected. They already constitute about a quarter of all Jewish pupils in Israel's schools today.

These demographic changes pose challenges for Israel's society and economy. For example, the poverty rate among the ultra-Orthodox is twice as high as among other Israelis due to a culture that emphasizes intensive religious study over paid employment, and schools that prize religious learning over secular subjects. The unemployment rate among Haredi men is almost 47%, compared to less than 5% in the total population.

Unlike most other Jewish Israelis, most Haredi youth do not serve in the army, which is based on exemptions the secular founder of the state, David Ben-Gurion, made 75 years ago. At the time, the ultra-Orthodox were a marginal group, and Ben-Gurion was convinced they would remain so.

Young Arab men and women are not required to serve in the army, either. Added to the number of Haredi youth, this means that almost half of Israel's eligible population are not drafted today.

The second-fastest growing "tribe" in Israel, based on birth rate — with families of four children, on average — are the Orthodox National Religious, whose current political leaders represent the settlers of the West Bank.

Religious voters who support these groups often prioritize Israel's character as a Jewish state over its character as a liberal democracy. For example, 65% of Jewish Israelis who identify as "religious" and 89% of ultra-Orthodox say that Jewish law should take precedence over democratic principles in the case of a contradiction, according to a Pew survey.

National Religious parties, which have proved popular with young voters, were the real surprise winner of the November 2022 election – particularly their more radicalized leadership. Whereas former Prime Minister Naftali Bennett, for example, was ready to enter a coalition with left-wing and Arab partners, new leaders Bezalel Smotrich and Itamar Ben-Gvir reject any cooperation with parties left of center and would not be welcome by those parties, anyway.

What both religious sectors have in common is a growing outspokenness about making Israeli society more in line with Orthodox principles. For example, Israel is the most LGBTQ-friendly state in the Middle East, yet many government ministers and their spiritual leaders have used derogatory language toward the LGBTQ community. There have been calls to permit separate seating for men and women at public events and to allow doctors to refuse patients whom they do not want to treat on religious grounds.

These shifts have the potential to alienate American Jews who are, apart from Israelis, the largest Jewish community in the world but mainly identify with the more liberal Reform or Conservative movements.

The different types of Orthodox Jews have come a long way from rejecting political Zionism or from keeping religion out of politics. Smotrich, the National Zionist new minister of transportation, has openly stated that his ideal is a Torah state, meaning a Jewish state founded on Jewish religious laws.

His supporters are still far from fulfilling that dream, but well aware that the country's demographic changes may be on their side – a challenge to Israel's delicate status quo. Overcoming the gaps in Israel's increasingly segmented society will require serious bridge-building efforts on both sides – even more than at the time of Rivlin's warning.