Understanding how tumors migrate can help stop their spread. New research is shedding light on how that works 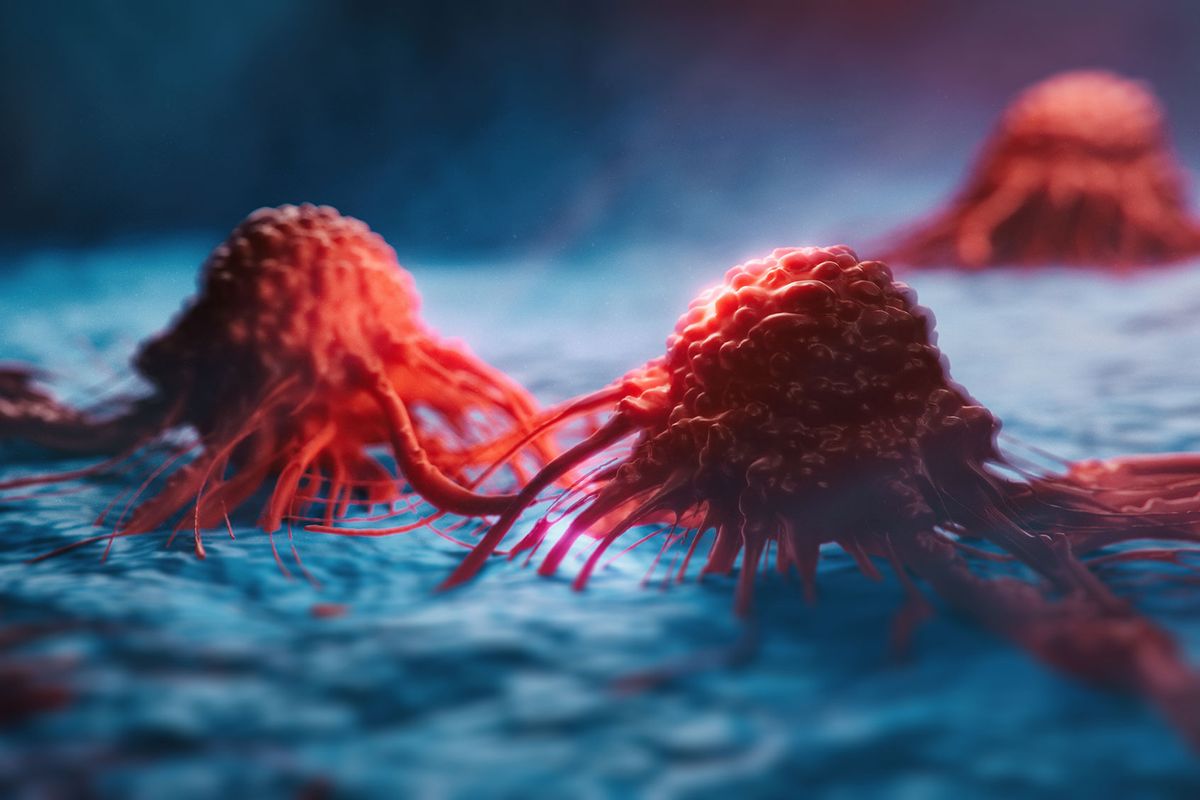 Cell migration, or how cells move in the body, is essential to both normal body function and disease progression. Cell movement is what allows body parts to grow in the right place during early development, wounds to heal and tumors to become metastatic.

Over the last century, how researchers understood cell migration was limited to the effects of biochemical signals, or chemotaxis, that direct a cell to move from one place to another. For example, a type of immune cell called a neutrophil migrates toward areas in the body that have a higher concentration of a protein called IL-8, which increases during infection.

In the past two or three decades, however, scientists have started to recognize the importance of the mechanical, or physical, factors that play a role in cell migration. For example, human mammary epithelial cells – the cells lining the milk ducts in the breast – migrate toward areas of increasing stiffness when placed on a surface with a stiffness gradient.

And now, instead of focusing on just the effect of the "solid" environment of cells, researchers are turning toward their "fluid" environment. As a theoretician trained in applied mathematics, I use mathematical models to understand the physics behind cell biology. My colleagues Sean X. Sun and Konstantinos Konstantopoulos and I were among the pioneering scientists who discovered how water and hydraulic pressure influence cell migration through theoretical models and lab experiments. In our recently published research, we found that human breast cancer cell migration is enhanced by the flow and viscosity of the fluids surrounding them, clarifying one of the factors influencing how tumors metastasize.

Cells can move in different ways.

Cells in the human body are constantly exposed to fluids of different physical properties. Water is one such fluid that can direct cell migration. For example, we found that how water flows across the membranes of breast cancer cells influences how they move and metastasize. This is because the amount of water traveling in and out of a cell causes it to shrink or swell, inducing movement by translocating different parts of the cell.

The viscosity, or thickness, of body fluids varies from organ to organ, and from health to disease, and this can also affect cell migration. For example, the fluid between cancer cells in tumors is more viscous than the fluid between normal cells in healthy tissues. When we compared how quickly breast cancer cells move in confined channels filled with fluid of normal viscosity versus fluid of high viscosity, we found that cells in high viscosity channels counterintuitively sped up by a significant 40%. This discovery was unexpected because the fundamental laws of physics tell us that inert particles should slow down in high viscosity fluids due to increased resistance.

The blue fluid on the left has a lower viscosity relative to the orange fluid on the right. Synapticrelay/Wikimedia Commons, CC BY-SA

We wanted to figure out the mechanism behind this surprising result. So we identified what molecules were involved in this process, discovering a cascade of events that allow high viscosity environments to enhance cell motility.

We found that high viscosity fluids first promote the growth of protein filaments called actin, which open channels in the cell's membrane and increase water intake. The cell expands from the water, activating another channel that takes in calcium ions. These calcium ions activate another type of protein filament called myosin that induces the cell to move. This cascade of events induces cells to change their structure and generate more force to overcome the resistance imposed by high viscosity fluid, meaning the cells aren't inert at all.

We then wondered whether our findings on viscous memory would remain true in animals, not just in Petri dishes. So we exposed human breast cancer cells to a high viscosity medium for six days, then placed them in a normal viscosity medium. We then injected the cells into chicken embryos and mice.

Our results were consistent: Cells pre-exposed to a high viscosity medium had an increased ability to leak into surrounding tissues and metastasize compared to cells that were not pre-exposed. This result demonstrates that the viscosity of the fluids in a cell's surrounding environment is a mechanobiological cue that promotes cancer cells to metastasize.

Understanding how cells move could help elucidate how tumors metastasize.

Cancer patients usually don't die from the original source of the tumor, but from its spread to other parts of the body.

When cancer cells travel through the body, they move into spaces that will have varying fluid viscosity. Understanding how fluid viscosity affects the movement of tumor cells could help researchers figure out ways to better treat and detect cancer before it metastasizes.