"They thought they had a new defense," the MSNBC host quipped 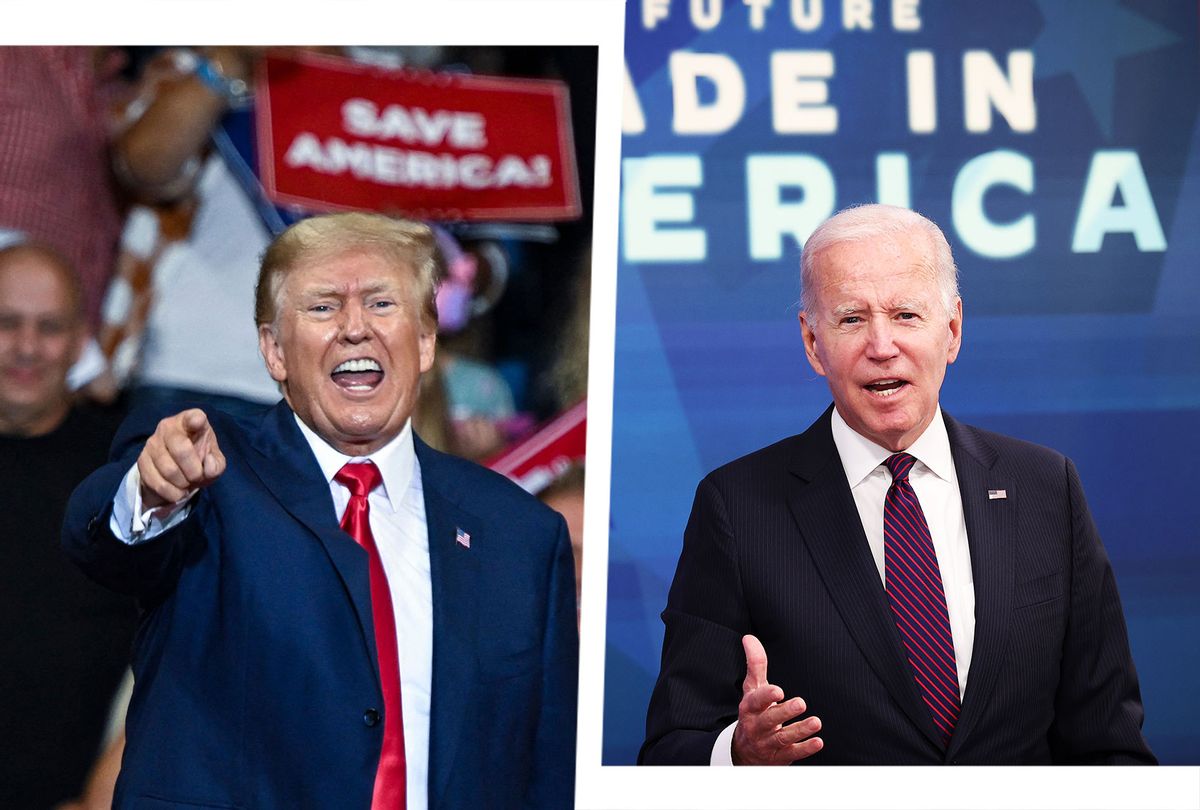 MSNBC host Rachel Maddow opened her Monday show by mocking the Republican excitement over what they were certain might be a scandal for President Joe Biden, only to be seemingly let down moments later.

Fox News spent the day hyping up a CBS News report that lawyers for the president were cleaning out a locked storage room at the Penn Biden Center when they found classified documents that should have gone to the National Archives.

"There was a brief flurry of excitement on the right this afternoon," Maddow said.

As the CBS News report explained, the Penn Biden Center was the office of the former vice president after he left office in 2017, but he vacated it in 2020 when he announced he was running.

"On November 2nd, lawyers for President Biden, lawyers who work for him in his present capacity, were reportedly packing up the office space the vice president used at the Penn Biden Center," CBS reported. "In so doing, they found classified documents there. Classified documents they say, were locked inside those offices, mixed in with some nonclassified documents. This is, of course, a weird set of circumstances, but that is what they say happened. The White House has since confirmed the basis of this account, as has news organizations after CBS News was first to break the story."

Maddow explained that the reason it created a lot of excitement on the right "briefly tonight, is that it immediately created a perceived 'what-aboutism' defense for President Trump. President Trump is under federal investigation for apparently deliberately hoarding hundreds of classified documents at his home in Florida, including, refusing to hand them over after National Archives told them he had to come even after they subpoenaed him to get those documents. Brief excitement on the right tonight, that they thought they had a new defense."

She cited Trump's comments on his personal social media site asking when they would serve a search warrant at President Biden's home the way they did for Donald Trump.

"As I said, tonight, a brief flurry of excitement on the right about this prospect when the news broke about the Penn Biden Center," Maddow continued. "The reason it was only a brief flurry of excitement is because, in President Biden's case, he and his lawyers appear to have actually done the right thing when it comes to these classified documents. Biden's lawyers say they discovered these documents among his presidential papers on November 2nd. The White House counsel's office notified the National Archives that same day about what had been found. The National Archives, apparently, did not even know these documents were missing and had not been seeking their return. The Archives took custody of that material the following morning. That appears to be it."

Maddow explained that the "brief euphoria on the right" was that somehow it would exonerate Trump, but it was "already turning into a bit of a hangover because of the stark contrast of the actions of the current president and the former guy when it comes to classified material."

Trump has spent the past six months making up excuses, alibies, and justifications for the thousands of documents he stole and refused to return. The assumption is that an investigation into Biden will make Trump look even worse because he refused to do what Biden did.

Watch the video below or at this link: