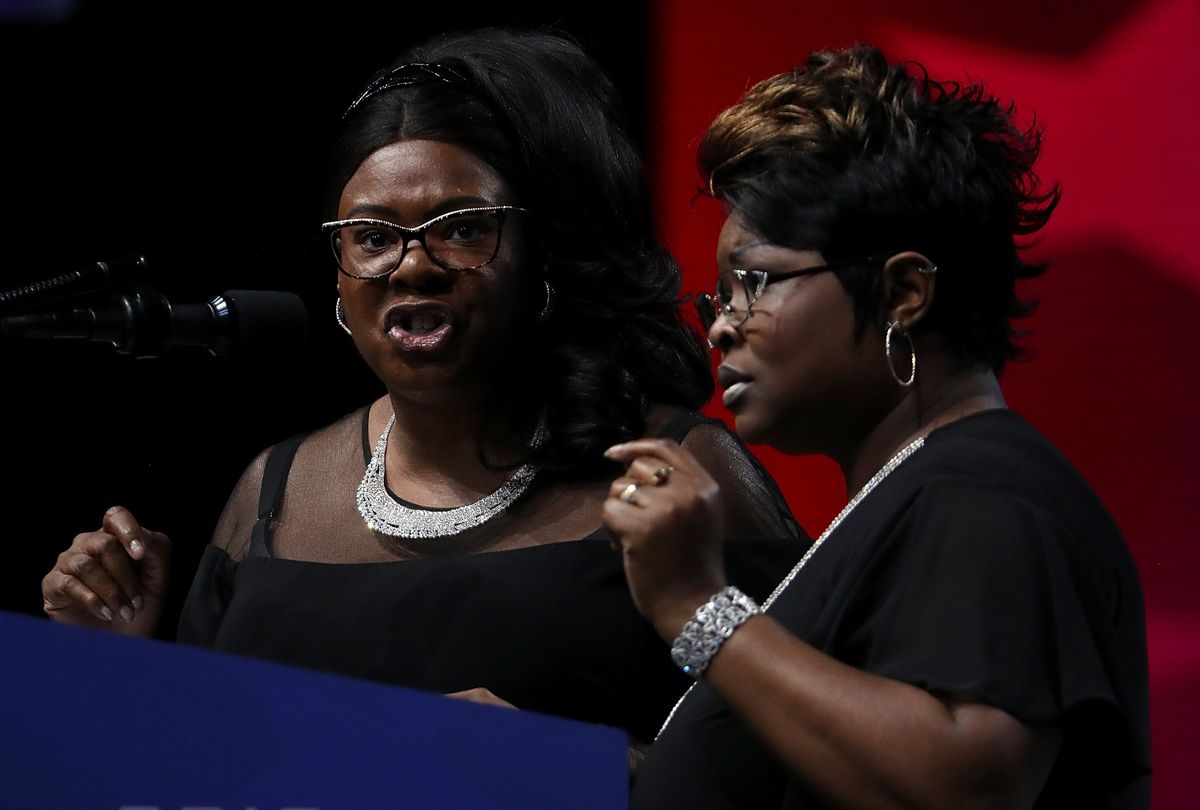 Lynette Hardaway and Rochelle Richardson, also known as Diamond and Silk, speak at the NRA-ILA Leadership Forum during the NRA Annual Meeting & Exhibits at the Kay Bailey Hutchison Convention Center on May 4, 2018 in Dallas, Texas. (Justin Sullivan/Getty Images)
--

Conspiracy theorist Alex Jones speculated on Tuesday that conservative commentator Lynette "Diamond" Hardaway had died at the age of 51 due to the Covid-19 vaccine — even though she had been an opponent of the shot.

"The 'Diamond' of Diamond & Silk has died," Jones said, recalling that he appeared on one of her final broadcasts before she "fell ill."

The conspiracy theorist pointed out that one of his unvaccinated staffers had also died following cardiac problems.

"Just fell down and died on Christmas day," he explained. "And you look at the actuaries, the insurance company numbers all over the western world and we have record deaths since the introduction of the shots."

"But I don't know if Diamond took the shot," Jones continued. "But the Covid alone does attack the heart. Those that take the shot have a three to tenfold bad reaction compared to even what the spike protein in the virus itself causes. But the so-called vaccines make your body produce the spike protein. And we know that it's killing people en masse."

According to the CDC, "myocarditis and pericarditis have rarely been reported" in connection with the Covid-19 vaccine.

The agency said that the rare condition was most often reported "in adolescents and young adult males within several days after mRNA COVID-19 vaccination."

Representatives for Hardaway have not disclosed her vaccination status or how she died.

Watch the video below from The Alex Jones Show.