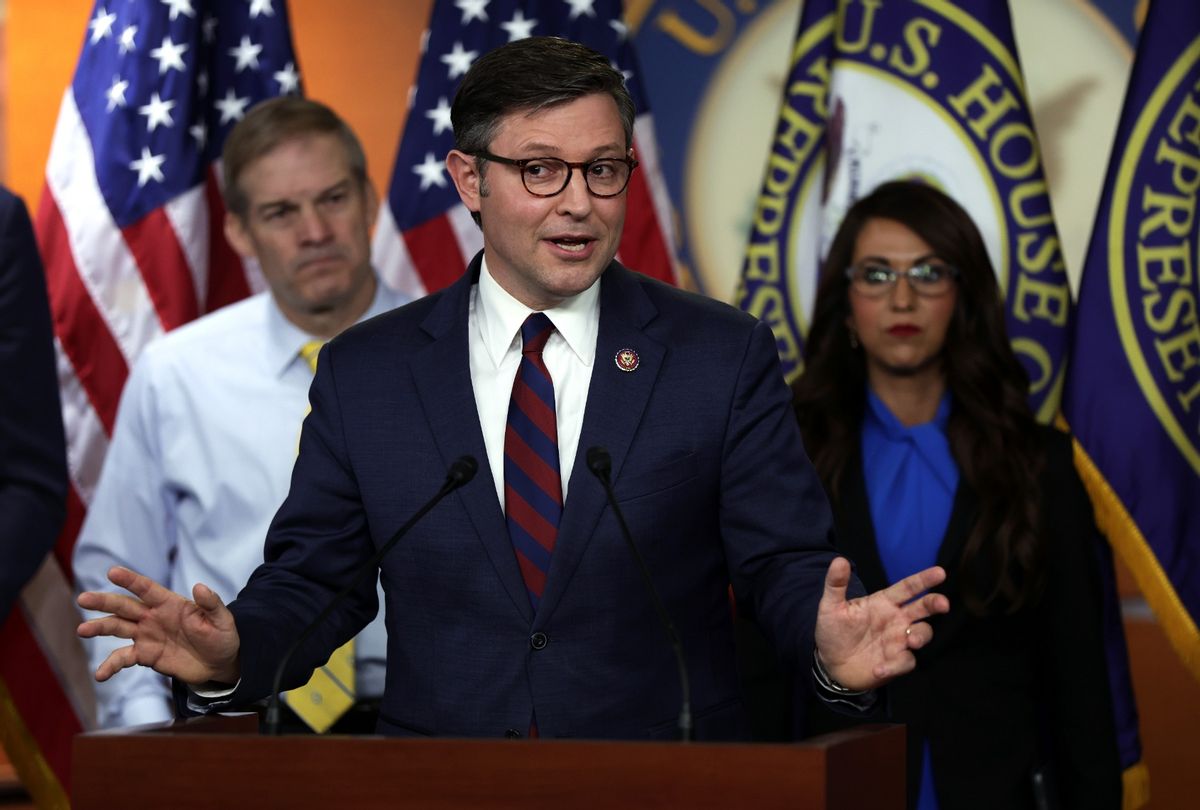 On Tuesday's edition of CNN's "The Lead," anchor Jake Tapper clashed with Rep. Mike Johnson, R-La., over the Republican bill to defund the Internal Revenue Service — a reaction to the overhaul funding passed for the agency in the Democratic-crafted Inflation Reduction Act last year. The Congressional Budget Office has warned this bill, which is presumed dead in the Senate, would actually increase the deficit by $114 billion, by weakening tax enforcement against evasion by the wealthy.

"You supported the House bill we just discussed. It would rescind billions of dollars to the IRS," said Tapper. "You tweeted, you will vote to 'stop the 87,000 IRS agents from going after families'. That's not true. It would be employees, not agents. The Congressional Budget Office says that your bill to get rid of those IRS employees is going to add to the deficit."

Johnson denied the bill increased the deficit, saying, "Only in the Bizarro World of Washington would you get an estimate that not spending the money is going to add to the deficit."

"Because of enforcement more people who are avoiding paying their taxes," Tapper pushed back. "About ten years ago, if you made more than $10 million a year, one out of five people like that would be audited. Now it's down to 3.6 percent. The wealthy people are getting away with not paying their taxes. Corporations too."

"The intent of hiring all of these new agents would have the effect of going after hard-working families and small businesses. That is not a Republican talking point. That comes from the Joint Committee on Taxation," said Johnson (this is in fact false — the Treasury has said almost none of the revenue from new enforcement is projected to come from those making below $400,000 a year). "When the Joint Committee on Taxation publishes something, it's given a lot of weight. They're nonpartisan."

"But I quoted the CBO, the CBO is nonpartisan too!" said Tapper.

"The CBO doesn't have a lot of credibility right now," said Johnson. "Their analysis is wildly inaccurate in a lot of ways and they don't always do appropriate analysis."

"Do you think there's a problem in this country of wealthy individuals and companies not paying their fair share in taxes?" said Tapper.

"That's been a problem, of course, but it's — we're not preventing that," said Johnson. "The IRS has an important job to go after tax cheats, absolutely, and we support that. We want these things to be done properly."