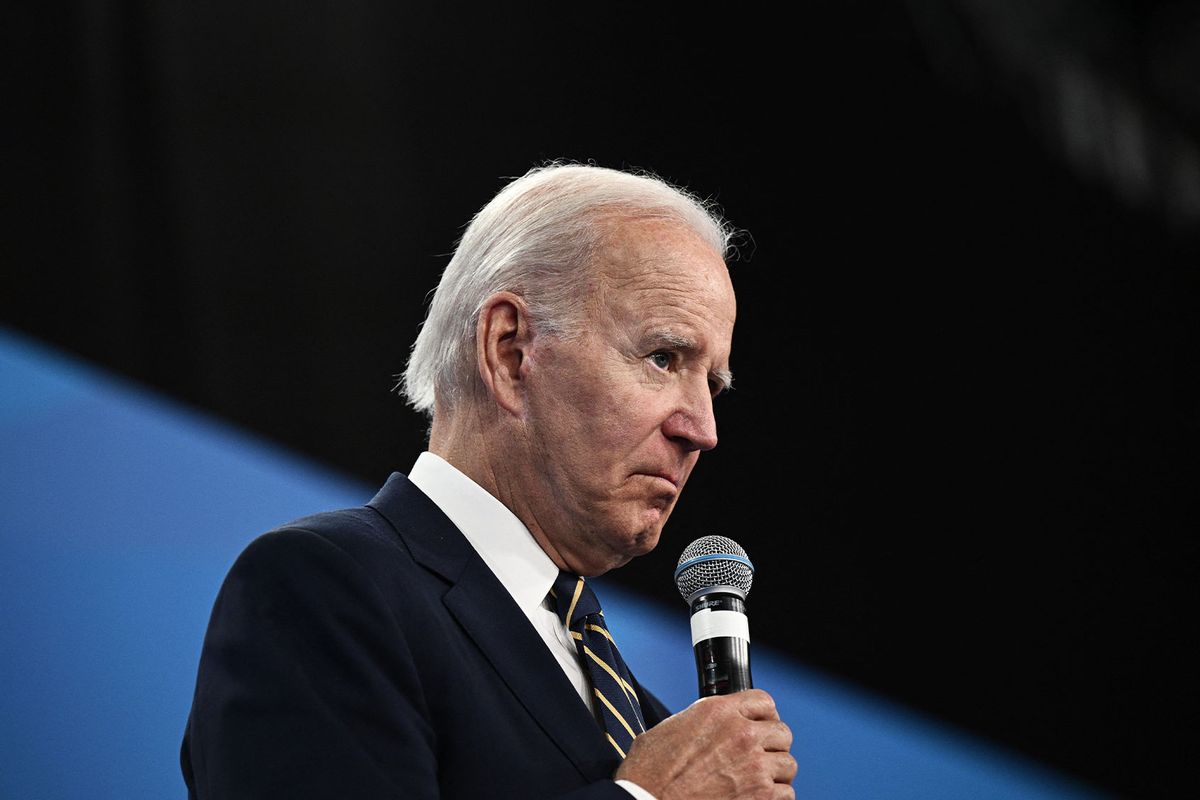 US President Joe Biden addresses media representatives during a press conference at the NATO summit at the Ifema congress centre in Madrid, on June 30, 2022. (BRENDAN SMIALOWSKI/AFP via Getty Images)
--

President Joe Biden is about to face more questions about his handling of classified government documents.

NBC News' Ken Dilanian reports that Biden aides have discovered "at least one additional batch of classified documents in a location separate from the Washington, D.C., office he used after leaving the Obama administration."

This comes after CBS News reported earlier this week that Biden's attorneys had found documents with classified markings on them at his office at the Penn Biden Center for Diplomacy and Global Engagement that they subsequently sent to the National Archives.

Attorney General Merrick Garland subsequently assigned the U.S. attorney in Chicago to examine the documents Biden had in his office, and the FBI is also reportedly taking part in the investigation.

The revelations about Biden potentially mishandling classified material come as former President Donald Trump is also under investigation for not only bringing classified documents to his Mar-a-Lago resort, but also refusing to return them after he was served a lawful subpoena by the government.

Garland last year assigned Jack Smith as a special counsel to investigate both Trump's potential mishandling of classified documents and his efforts to illegally remain in power despite having lost the 2020 presidential election.