MSNBC host: RNC chief may have directly implicated Trump in a “crime” by outing his "cover story" 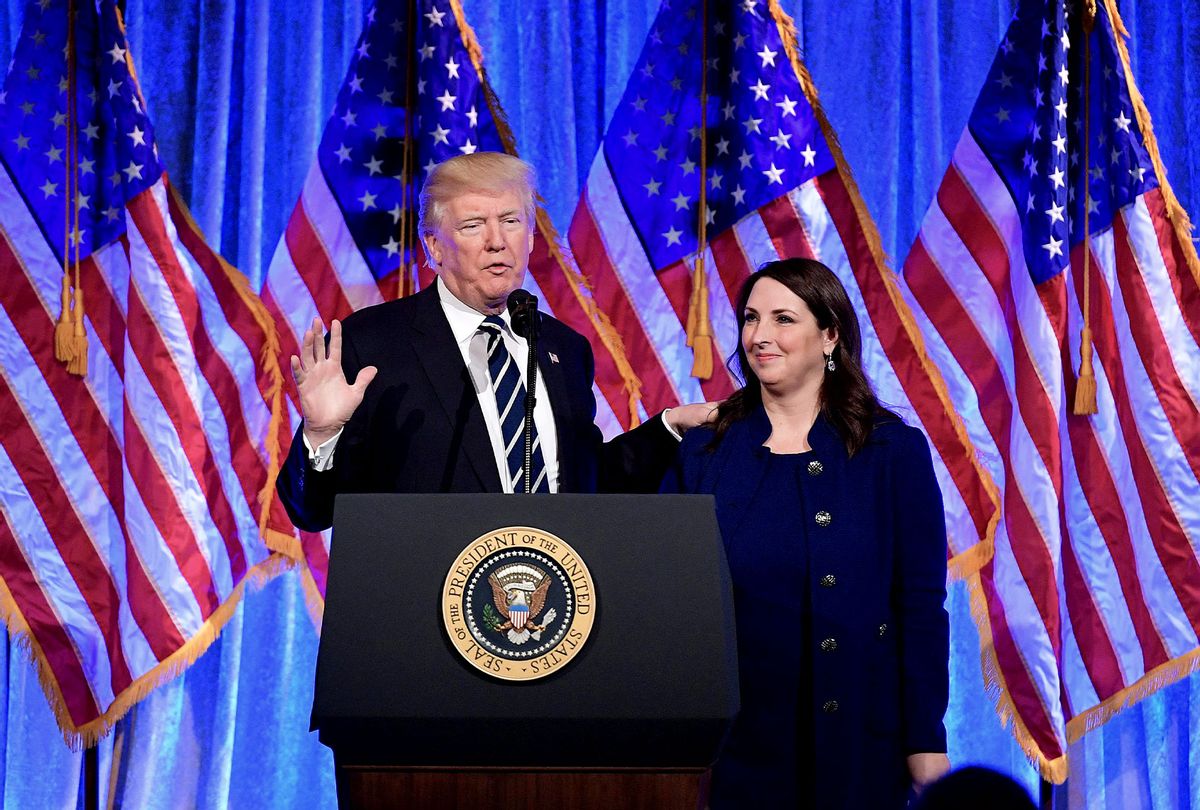 During a review of the committee's report, Melber highlighted McDaniel's description of how Trump roped her into a scheme concocted by attorney John Eastman, the author of the notorious so-called "coup memo" that argued Vice President Mike Pence had the power to singlehandedly reject certified election results.

"What you are about to see clearly, factually, bolsters the legal and criminal case against Trump for the Department of Justice," he said. "As I said, it's not from some critic or outside the room, but a person in the room, on the calls, direct evidence. No hearsay. A MAGA loyalist... Ronna McDaniel, who is chair of the Republican National Committee."

He then played testimony of McDaniel explaining how Trump put her on the phone with Eastman, who encouraged her to use the RNC to help him shore up his "alternate electors" plot that would involve replacing the electors in states won by President Joe Biden with electors beholden to Trump.

"Her description of it under oath refers to Donald Trump's cover story, or what most prosecutors view as a crime, submitting false information, in this case elector material to the government," he said. "It's a type of fraud. It's a crime, illegal. Trump was both orchestrating the call using his power as president to get the RNC chair on the line and making her talk to his lawyer, who he thought he could help keep his secret because of attorney/client privilege and other abuses."