A history of medical maltreatment continues to kill Black Americans 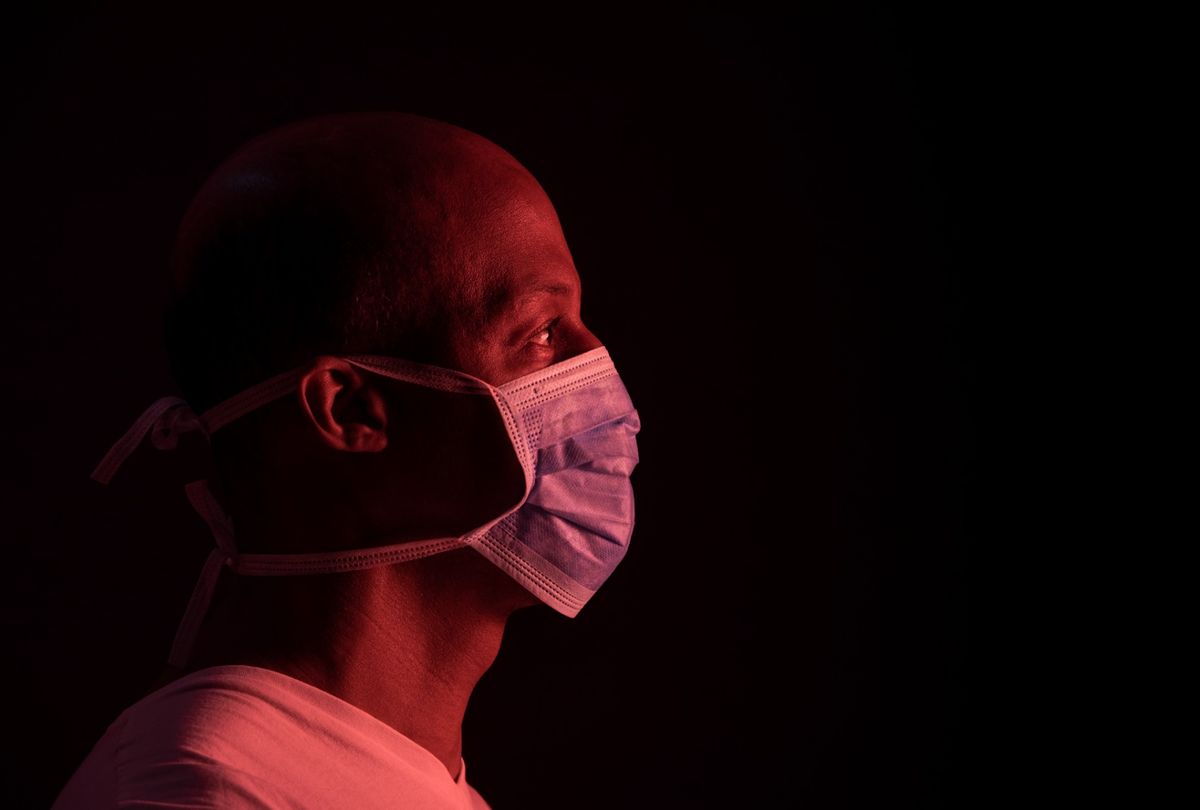 The early months of the pandemic exposed vulnerabilities among multiple races and ethnicities in California, perhaps none more profoundly than the state's Black residents. The first wave of COVID killed Black people at disproportionately high rates, with a combination of working and living conditions, existing health problems and inadequate testing in their communities likely leading to spread of the disease.

The bigger story was far deeper and longstanding. As then-California Surgeon General Dr. Nadine Burke Harris put it at the time, "Because of the true and unfortunate history of medical maltreatment of different groups of people, but especially African Americans in the United States, there are real issues of trust between the African American community and the health care system."

Those issues persisted through the development of COVID vaccines, which Black Americans were far more reluctant to receive than white, Latino or Asian Americans. In California, one result was that death rates for Black residents went up tenfold during a period in which vaccines were widely available.

It was a nationwide health emergency. But the problems of trust that it underscored are not new, and certainly not confined to a single virus.

As a recent report suggests, they're not fading, either.

An ambitious survey by the California Health Care Foundation (CHCF) found that nearly one third of Black Californians say they've been treated unfairly by a health care provider because of their race or ethnicity. More than 25% of the respondents have avoided care due to concerns about how they'll be treated.

For those who do use their health systems, two-thirds say they research their condition before speaking with their physician. More than a third report tailoring their speech or their behavior to make their care provider feel more at ease.

That is all done in an effort to avoid a negative experience with their health systems, says Katherine Haynes, a senior program officer on CHCF's People Centered Care team. And it's all backward.

"People are taking actions to minimize their race by changing their language, how they speak, how they dress," Haynes told Capital & Main. "They may not ask questions, or they may ask fewer questions, so as not to be thought of as 'difficult Black people' – which is not their job, right?"

The survey was part of a larger CHCF project, Listening to Black Californians. It included one-on-one interviews with Black residents about their health care experiences and thoughts, along with 18 focus groups that included both potential health system users and key stakeholders. The statewide survey of 3,325 people represents, the foundation says, one of the largest of its kind with respect to Black Californians and their use of health systems. The survey was conducted by EVITARUS, a Black-owned public opinion research firm based in Los Angeles.

A couple of themes are evident, said Haynes, who directed the project. On one hand, Black Californians are keenly interested in their health outcomes, with 92% having seen a doctor or other health provider in the last year. Those interviewed also expressed an understanding and appreciation for the pressures that health care providers have been under since COVID's arrival in the state.

On the other hand, the trust factor is low, and born from past personal experience: 38% of Black Californians overall, and 47% of Black women, said there has been a time when a health care provider did not treat their pain adequately. Some 47% of those with mental health conditions and 43% of those who identify as LGBTQIA+ said they've been treated unfairly because of their race or ethnicity.

Haynes said that older Black residents "seem to be much more satisfied with their care than younger people," perhaps because many of them use Medicare and visit their doctors more often, and have developed relationships with their providers. Younger Black Californians, she said, are more likely to use urgent care or an emergency department, avoiding care until something is really wrong.

"At that point, you're most likely to see a stranger or to be a stranger" to the system, Haynes said. "You have no relationship with your provider. And yet many people with whom we spoke articulated what they yearned for, which was relationship-based care — to know their providers."

Black Americans have long-held mistrust of medical systems given their historical mistreatment by some of those systems, and less access to quality care was viewed by the survey respondents as the top reason for generally worse health outcomes for Black people in the U.S. Those are national truths, hardly confined to California. But the state's richly diverse population argues for a better way.

One road, though unquestionably a long one, is more adequate representation within the health industry. Among those surveyed, 85% said it was extremely or very important to increase the number of Black health care leaders in the state, and 80% said the same about increasing the number of Black doctors, nurses and other providers.

A 2021 UCLA study found that the share of physicians who are Black men in the country has gone virtually unchanged since 1940. In California, about 6.5% of the population is Black, but only about 3% of its physicians are. (The situation for Latino residents is even more dramatic: They comprise 39% of the state's population, but only 5% of its physicians.)

California also has a shortage of ways to put more physicians in the pipeline, let alone those of color. "There are not enough residencies, not enough medical school seats, in the state," Haynes said. Los Angeles' Charles Drew University, the state's only historically Black university, last October was approved to begin a medical school program, and Kaiser Permanente opened its own medical school in Pasadena three years ago, but in general the state doesn't produce or recruit doctors in proportion to the need: it ranks 21st in physicians per 100,000 residents.

"Particularly after COVID, the health care system is reeling," Haynes said. "We have to lead from where we stand, with the workforce that we have."

Among those surveyed by CHCF, 84% strongly favored an expansion of community-based education programs about health care — including some of the basics, like how to navigate it. Understanding how to use one's own health care system, researchers say, often directly correlates with how often that system is actually used.

And that may be the short-term answer. The results of the foundation's survey reflect an unwillingness by many Black Californians to use a health system that they find either pointlessly difficult or biased against them. Aggressive community outreach and education is empowering, whether it's aimed at helping people find doctors or helping them understand that they can fire a doctor they don't like.

"There is access and then there is access," Haynes said. "What this work shows us is that we really need to invest so that people do have meaningful access, along with advocacy, if they need it." In the absence of that, the status quo remains — and it won't do.