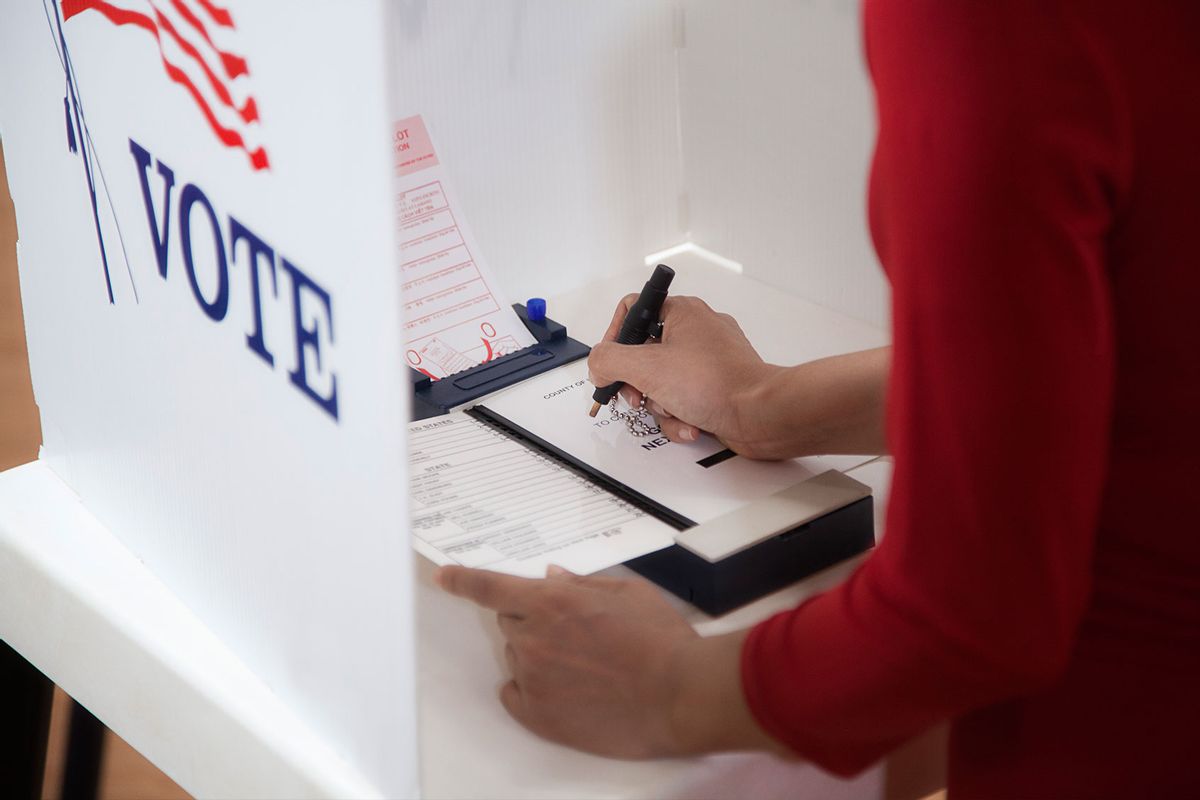 The Department of Justice charged the wife of Woodbury County Supervisor Jeremy Taylor for her role in an alleged voter fraud scheme during the Iowa 2020 primary and general elections to get her husband elected to Congress.

Kim Taylor allegedly filled out voter registration forms using the names of members from Sioux City's Vietnamese community and submitted them to the county auditor's office. She also submitted absentee ballots, signing affidavits with their names, according to the DOJ.

She approached voters who had limited ability to read and understand English and offered to help them vote, according to the indictment.

"For example, although these documents required the signer to affirm that he or she was the person named in them, Taylor signed them for voters without their permission and told others that they could sign on behalf of relatives who were not present," according to the Justice Department press release.

Her actions took place ahead of the June 2020 primary election, in which Jeremy Taylor unsuccessfully ran for the Republican nomination for Iowa's 4th District Congressional seat as well as during the November general election in which Taylor defeated incumbent Democrat Marty Pottebaum for the District 3 seat on the county board.

Woodbury County Auditor and election commissioner Pat Gill said Thursday he notified the Iowa Secretary of State's Office after his office was contacted about the potential voter fraud prior to the November 2020 election, the Sioux City Journal reported.

"We received a call from one of the folks that had a ballot voted for them," Gill said.

He was instructed to contact the FBI and notify them.

Kim Taylor, who pleaded not guilty to the charges, was released on a personal recognizance bond and was ordered to surrender her passport and is not allowed to apply for a new one, according to the Sioux City Journal. A trial is scheduled for March 20 in U.S. District Court in Sioux City.

Jeremy Taylor is currently the vice chair of the Woodbury County Board of Supervisors serving his third term with the board, according to the county website.

He had to previously resign from the board after Gill ruled Jeremy Taylor had improperly used an address for a former home in Sioux City on his voter registration. Since he was living in a home in District 3, he violated a state law that required county supervisors to live in the district in which they were registered.

After redistricting, Jeremy Taylor now represents District 5 and currently serves as the board's vice chairman. He's up for re-election in 2024.