"They're trying to George Floyd me": Teacher and cousin of BLM co-founder killed by LAPD 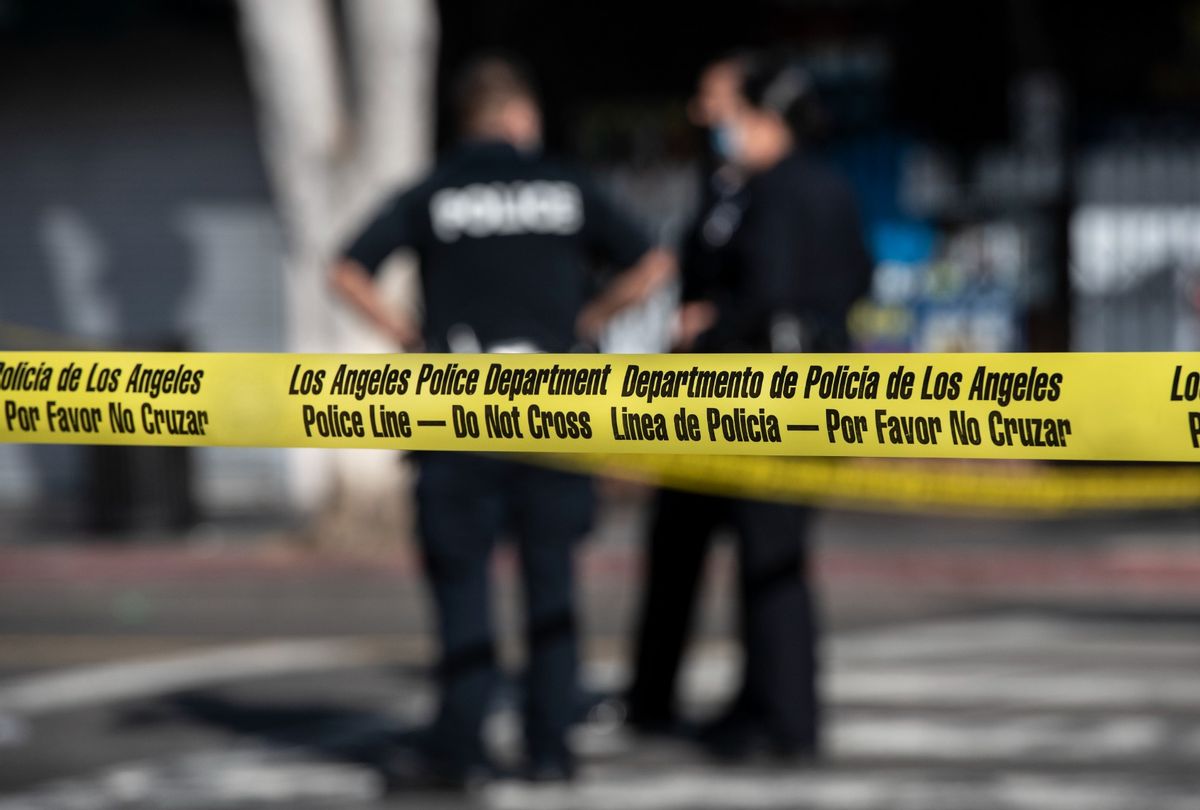 Soon thereafter, Anderson was transported to a local hospital where he suffered cardiac arrest and died.

Footage of the incident shows one LAPD officer holding Anderson down with an elbow on his neck while another, wielding a Taser, yells orders for Anderson to turn over.

"I can't," Anderson says as he struggles to breathe. "They're trying to George Floyd me."

Seconds later, one of the officers uses the Taser on Anderson several times as he pleads for help.

Watch (warning: the video is disturbing):

"They are trying to George Floyd me"

English Teacher, friend, mentor and so much more tased to death by the LAPD in this encounter:pic.twitter.com/EHgrFUx9dX

Anderson, who was visiting Los Angeles on winter break, was a 10th grade English teacher at the Digital Pioneers Academy in Washington, D.C.

In a statement, the school said it is "deeply saddened" by Anderson's death and called the details of the police encounter "as disturbing as they are tragic."

"Keenan is the third person killed by the Los Angeles Police Department in 2023, and we're 12 days into the new year," the statement notes, referring to the police killings of 45-year-old Takar Smith and 35-year-old Oscar Sanchez earlier this month.

Last year, U.S. police killed at least 1,176 people, the highest number on record. A Reuters investigation published in 2017 showed that "more than 1,000 people in the U.S. have died after police stunned them with Tasers, and the stun gun was ruled to be a cause or contributing factor in 153 of those deaths."

"Keenan's family deserves justice," the Digital Pioneers Academy said in its statement. "And our students deserve to live, to live without fear, and to have the opportunity to reach their fullest potential."

Cullors, the Black Lives Matter co-founder, said in an interview with The Guardian that "my cousin was asking for help, and he didn't receive it. He was killed."

"Nobody deserves to die in fear, panicking and scared for their life," Cullors continued. "My cousin was scared for his life. He spent the last 10 years witnessing a movement challenging the killing of Black people. He knew what was at stake and he was trying to protect himself. Nobody was willing to protect him."

Summarizing the video footage released by the LAPD, The Guardian's Sam Levin reported that "an officer who first arrived to the car collision at around 3:30 pm at Venice and Lincoln boulevards found Anderson in the middle of the road, saying, 'Please help me.'"

"The officer told him to go on the sidewalk, and issued commands, saying, 'Get up against the wall,'" Levin noted. "Anderson held his hands up, responding, 'I didn't mean to. I'm sorry.' Anderson complied with the officer's commands and sat down on the sidewalk. After a few minutes, he appeared to be concerned with the officer's behavior, saying, 'I want people to see me,' and 'You're putting a thing on me.' Eventually, Anderson started to flee, at which point the officer chased him on his motorcycle, shouting, 'Get down to the ground, now,' and 'Turn over on your stomach.' Anderson repeatedly responded, 'Please help me,' and 'They're trying to kill me,' as multiple officers arrived and held him down."

In a statement issued Wednesday following the release of the video footage, Los Angeles Mayor Karen Bass said she has "grave concerns about the deeply disturbing tapes."

"Full investigations are underway," said Bass. "I will ensure that the city's investigations will drive only toward truth and accountability. Furthermore, the officers involved must be placed on immediate leave."

"No matter what these investigations determine, however, the need for urgent change is clear," the mayor continued. "We must reduce the use of force overall, and I have absolutely no tolerance for excessive force."