Discussions about antisemitism need to include gender and sexuality

Jewish men are physically attacked more, and Jewish LGBTQ+ people are discriminated against in multiple communities 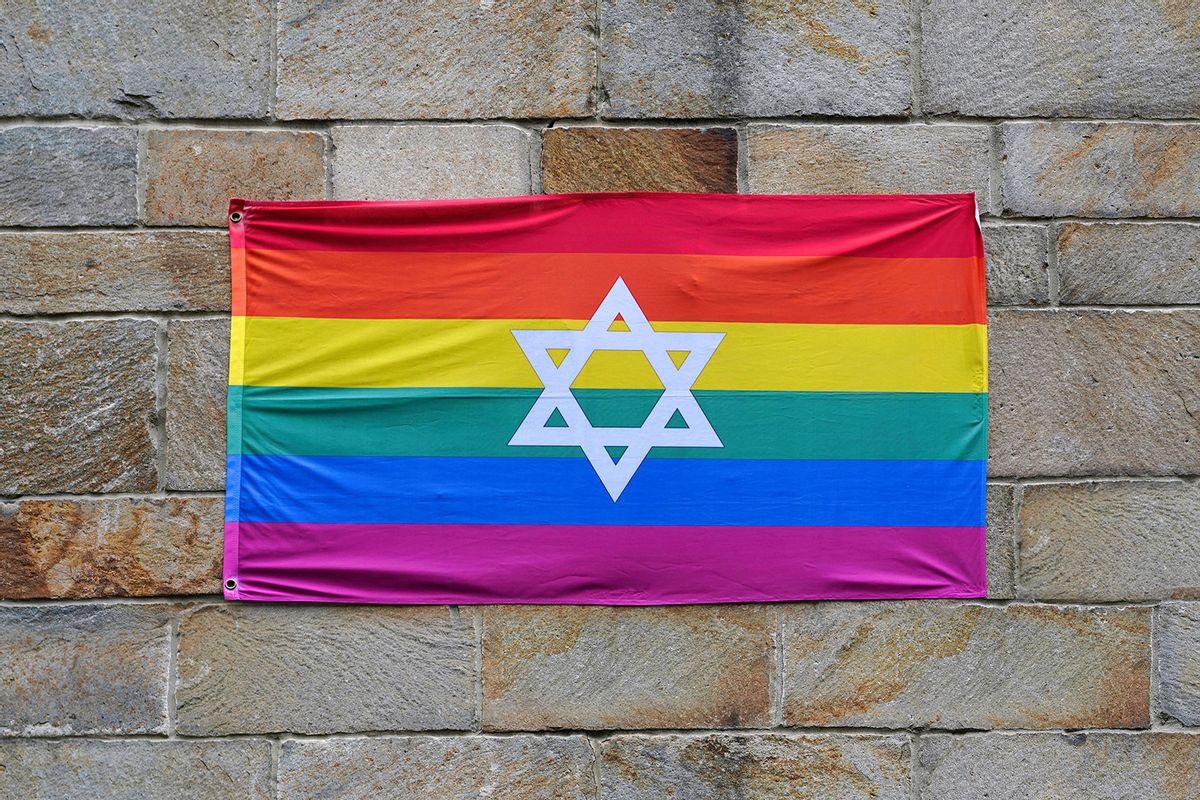 The last few years have been a time of increased antisemitism in Europe. In a 2018 study of 16,395 people, the European Union Agency for Fundamental Rights (FRA) found that 85% of participants considered antisemitism to be a "very big" or "fairly big" problem in their country.

The Community Security Trust, a charity that protects UK Jews from antisemitism, logged 2,255 reported incidents of antisemitism in 2021. This was a record high for a single year, and up from 1,684 in 2020. These high numbers are notable given that Jews make up just 0.5% of the English and Welsh population, and that many incidents are not reported.

In response to this unsettling trend, there have been more discussions about antisemitism and how to combat it. A key moment came at the end of 2022, with the publication of Lord Mann's report on anti-Jewish hatred in the UK.

The report recommends ways to tackle antisemitism online, in politics, and at schools and universities. It also notes the importance of investigating the link between the Israel-Palestine conflict and antisemitism, and viewing antisemitism as not just religious discrimination, but also racial.

The report, however, falls short in addressing the evidence that some people (for example, Orthodox Jews) are more at risk of antisemitism. In my research, I've found that gender and sexuality play an important (but often overlooked) role in people's experiences.

Women and men generally experience different types of harassment. Women are more likely to face discrimination on the basis of their gender, while men's experiences are more often linked to their ethnicity, nationality and religion.

There are a couple of potential explanations for this gendered dimension of antisemitism. Jewish men are often more identifiable in public than Jewish women. Some men wear kippah (skullcap) or shtreimel (fur hat), have visible tzitzit (fringes) or wear a tallis (prayer shawl), and have payot (sidelocks). Women's modest dress code is less noticeably Jewish.

Social hostility towards Jews often involves the myth that Jews control the economy – and political and economic sectors tend to be male dominated. Most antisemitic drawings and cartoons depict men (greedy men sitting on money, puppeteers controlling politicians), not women.

One visibly Jewish trans woman walked down the street while holding her girlfriend's hand. People shouted "dyke", "tranny" and "kyke" (antisemitic slur) at her. In the FRA's study, there were only 46 transgender and non-binary participants, making it impossible to conduct a statistically representative analysis.

Another aspect often missing from antisemitism discussions is sexual orientation. Many of my research participants discussed experiences of antisemitism that were directly linked to their sexuality.

While the majority of LGBTQ+ communities and people are not antisemitic, some participants discussed experiencing antisemitism in LGBTQ+ spaces. One participant was told: "It's nice you're not really Jewish," (meaning religiously Jewish).

Another said that her "most uncomfortable Jewish moments have been both in very left-wing and in queer circles". She mentioned that a date ended abruptly when she mentioned living in Israel for a year during her childhood. Some participants said they did not mention their Jewish identity in some specifically LGBTQ+ spaces out of fear of discrimination.

One explanation for this is that LGBTQ+ people have historically been, and continue to be, subject to religiously motivated discrimination. Many religious denominations have not fully embraced LGBTQ+ people, and the anti-religion attitudes formed in response can cross the line into antisemitism. 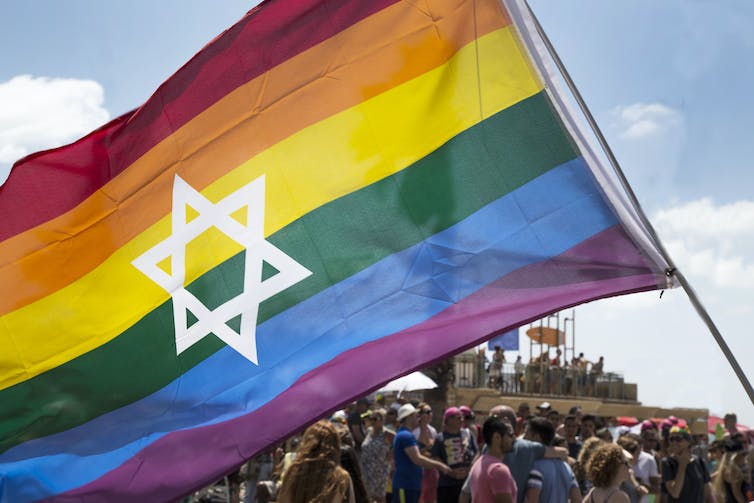 Some participants' experiences of antisemitism came from political discussions about the Israel-Palestine conflict. Participants felt they were held accountable for the conflict as a result of their Jewish identity. In 2019, organisers of the Washington DC Dyke March initially banned Jewish pride flags on the grounds that it resembles Israel's national flag. However, the organisers stated that other Jewish symbols were welcome, and ultimately reversed the decision shortly before the march.

Members of the LGBTQ+ community are already at risk of discrimination based on their sexuality. Paired with the increase of antisemitism, some LGBTQ+ Jews feel increasingly vulnerable. This is partly because some right-wing groups spread propaganda that Jews promote an "LGBTQ+ agenda".

As Shira Goodman from the Anti-Defamation League notes, "many extremists are both antisemitic and anti-LGBTQ+". Adequately tackling antisemitism means considering how other aspects of identity might factor into people's experiences of anti-Jewish discrimination or hatred.