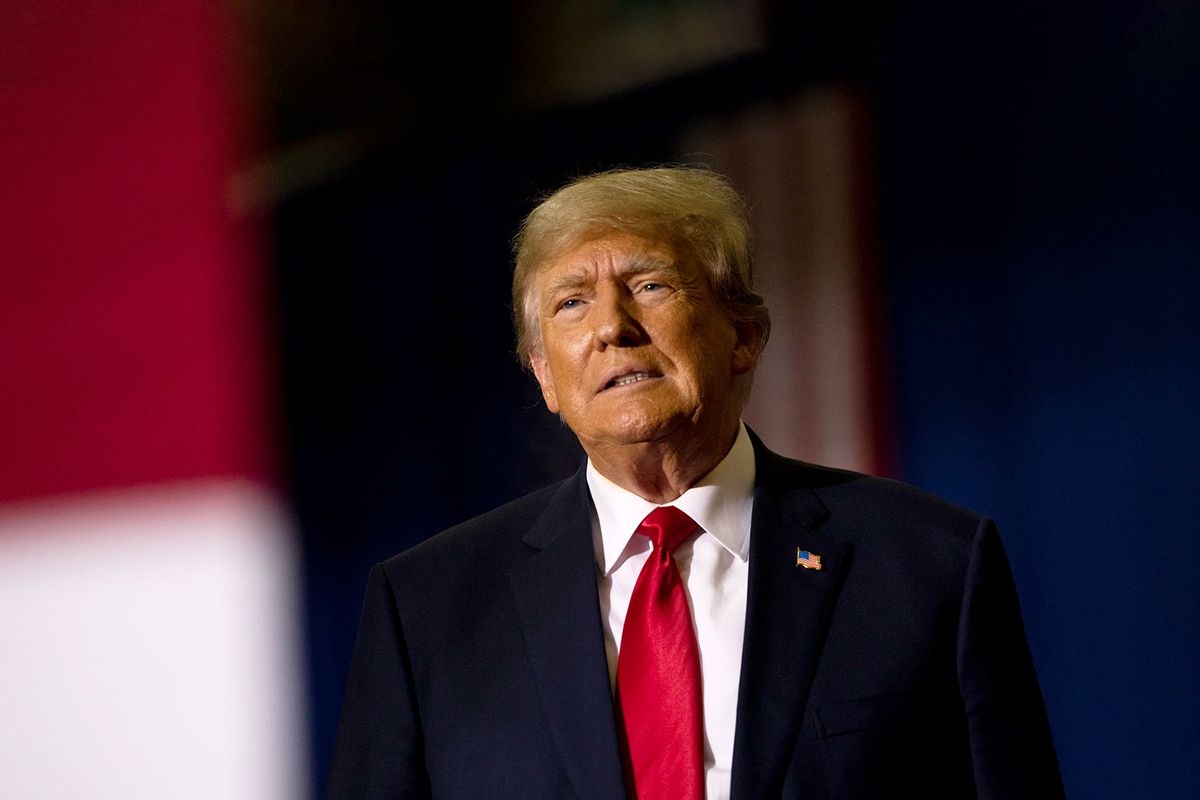 Former President Donald Trump on Monday railed against evangelical Christian leaders who haven't yet pledged support for his 2024 presidential run despite having backed him in the past.

In an interview with Real America's Voice reporter David Brody, Trump railed against evangelicals such as Robert Jeffress who haven't given him their endorsement even though he made their decades-long dream of overturning Roe v. Wade come true by appointing three right-wing Supreme Court justices.

Trump then seemed to blame evangelicals for appearing to stay home during the 2022 midterm elections, as he acknowledged that overturning Roe provided a boost to Democratic turnout figures.

Trump has also in recent weeks blamed hardline evangelicals for pushing too hard on the abortion issue by not making exceptions for cases of rape of incest, which he said he believes should be included in all anti-abortion legislation.