We asked experts whether children are really getting more sick, more often

A rumor circulating among parents posits that kids are getting sick more frequently now. We dug into the data 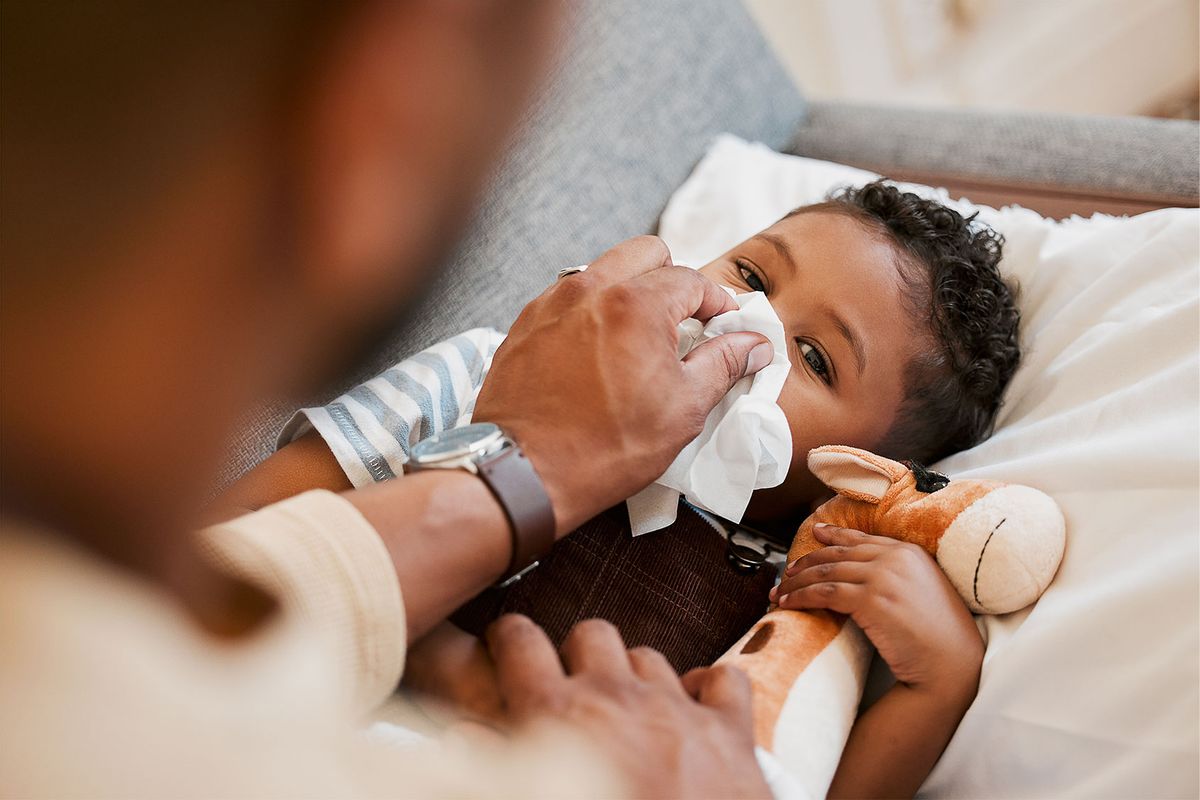 Just as the pandemic fears started to wane, we were hit by what media and public health officials deemed a "tripledemic" — a trifecta of viruses (RSV, flu, and new COVID-19 variants) all circling simultaneously. For parents with kids in schools, this was a nightmare: like any congregate setting, schools are veritable petri dishes, and children tend to be worse at practicing good protective measures for their health compared to adults.

Data from the U.S. Bureau of Labor and Statistics found that sick kids were keeping hundreds of thousands of parents home from work. Children's hospitals were reportedly filled to capacity and strained healthcare systems.

Simultaneously, a new urban legend began to circulate among worried parents: that their children were getting more sick, more frequently, than they were pre-pandemic. In transmission of this legend, the logical reason is often cited as related to "immunity debt," the mostly untrue idea that the immune system becomes weaker after long periods of isolation in which the body is not exposed to many pathogens.

Does your immune system need a workout? The bad science behind "immunity debt," explained

Anyone who is a parent, or knows a parent, has likely heard anecdotally that kids are getting sick more frequently than before. But is there any truth to these anecdotes?

"There was this huge drop [in respiratory viruses] during all the lockdowns starting in April, March and April 2020, and then it started creeping back in 2022."

Dean Blumberg, chief of pediatric infectious diseases and associate professor in the Department of Pediatrics at the University of California, Davis, told Salon despite what meets the eye, data shows that the frequency of children's illnesses are actually returning to pre-pandemic levels.

"If you look at the respiratory viral detections, for example, it looks like it's a return to pre-pandemic rates of infection," Blumberg said. "There was this huge drop during all the lockdowns starting in April, March and April 2020, and then it started creeping back in 2022. So around the same time there was this big drop of isolation of virtually all respiratory viruses, and then they came back at different levels."

That might explain the metaphorical shock to the system that parents are experiencing with their children. The measures that the country took to mitigate the spread of COVID-19 — social distancing, masking, school closures — not only worked for the coronavirus, but they also helped prevent children from other respiratory viruses such as the flu. Indeed, flu numbers hit a record low in the 2020-2021 season. The number of children in pediatric intensive care units for bronchiolitis and pneumonia also plummeted between April and June 2020.

"When people were still masking, but they started being out and about, we started seeing more rhinovirus, enterovirus, and that's because we think people were touching things and then maybe getting infected that way, but they were still wearing masks," Blumberg said. "Now that mask wearing is no longer mandatory and the vast majority of people aren't masking, we're seeing things that are primarily transmitted via the respiratory route— so that's why we're seeing relatively normal rates of influenza, respiratory syncytial virus (RSV) and other viruses."

"They were indoors for a year and a half or two years and so they didn't get exposed," Karp said. "Viruses are just out there waiting for them; they're gonna get them sooner or later."

Dr. Harvey Karp, pediatrician and Founder & CEO of Happiest Baby, told Salon in a way kids are "making up for lost time."

"They were indoors for a year and a half or two years and so they didn't get exposed," Karp said. "Viruses are just out there waiting for them; they're gonna get them sooner or later."

Indeed, some people have referred to this concept as "immunity debt" or an "immunity gap" to describe this phenomenon.

"But this really just means that we are more susceptible to viruses we have not seen for a few years because we don't have any immunity to them," Dr. Monica Gandhi, infectious disease doctor and professor of medicine at the University of California–San Francisco, told Salon via email. "Children would be the most susceptible since they didn't have years of exposure behind them and due to the school closures."

But despite these viruses returning to pre-pandemic levels, the severity of the viruses could have worsened, Gandhi said. It's possible, Gandhi noted, that viral interference is at play here, which "is a concept that COVID-19 interfered with other viruses over the past few years, with the usual viruses that circulate and cause respiratory illness." Some of the ill may be suffering from two viruses at the same time, making them much more sick.

Fortunately, experts are optimistic that the worst is over this winter.

"Due to an increase in susceptibility to other viruses and declining viral interference from COVID-19 with this degree of population immunity in the US, we did see a significant RSV and influenza surge among children over the winter months which are both now declining," Gandhi said. "Children are likely to still be susceptible to other respiratory viruses this season as our immune systems catch up."

Gandhi added there are influenza vaccines available down to the age of six months.

"And there will be an RSV vaccine available soon for pregnant women to protect their neonates," Gandhi said.