Often, the condition is misunderstood or downplayed by doctors or the patients themselves 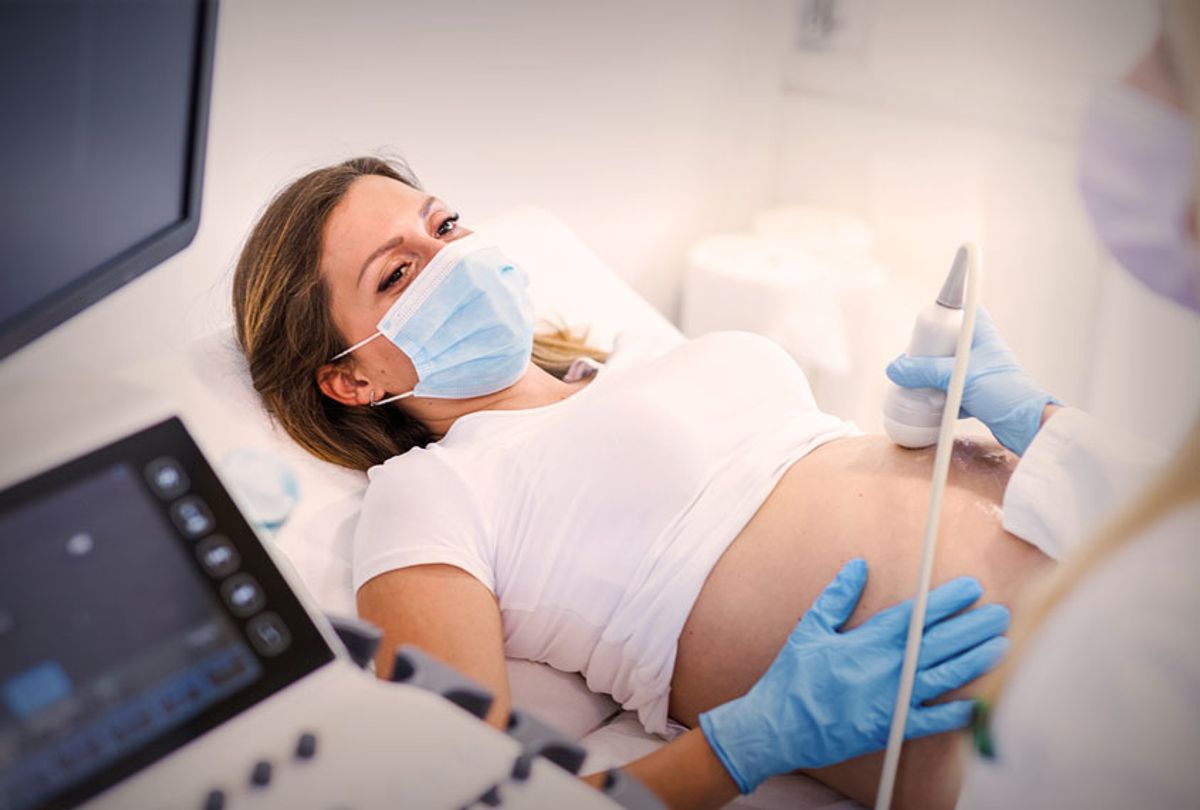 Mineka Furtch wasn't bothered by the idea of morning sickness after going through a miscarriage and the roller coaster of fertility medication before she finally became pregnant with her son.

But when the 29-year-old from suburban Atlanta was five weeks pregnant in 2020, she started throwing up and couldn't stop. Some days she kept down an orange; other days, nothing. Furtch used up her paid time off at work with sick days, eventually having to rely on unpaid medical leave. She remembered her doctor telling her it was just morning sickness and things would get better.

By the time Furtch was 13 weeks pregnant, she had lost more than 20 pounds.

"I fought so hard to have this baby, and I was fighting so hard to keep this baby," Furtch said. "I was like 'OK, something is not right here.'"

Now, Furtch's son is 18 months old, and she is suffering again from severe nausea and vomiting well into the second trimester of a new, unplanned pregnancy.

The nausea that comes with morning sickness is common in the first trimester of pregnancy, but some women, like Furtch, experience symptoms that linger much longer and require medical attention. However, those often go untreated or undertreated because the condition is misunderstood or downplayed by their doctors or the patients themselves.

Mothers have said they went without care for fear that medicine would hurt their fetus, because they couldn't afford it, or because their doctor didn't take them seriously. Left alone, symptoms get more difficult to control, and such delays can become medical emergencies. Extreme cases are called hyperemesis gravidarum and may last throughout a pregnancy, even with treatment.

"For most women, it's not until they end up in the ER and go, 'Well, most of my friends haven't been to an ER,' they realize this isn't normal," said Kimber MacGibbon, executive director of the Her Foundation, which researches and raises awareness of hyperemesis gravidarum.

There are a lot of unknowns around the cause of nausea and vomiting in pregnancy. Research has indicated genetics plays a role in its severity, and hyperemesis is estimated to occur in up to 3% of pregnancies. But there's no clear line differentiating morning sickness from hyperemesis or consistent criteria to diagnose the condition, which MacGibbon said results in underestimating its impact.

Wide-ranging estimates suggest at least 60,000 people — possibly 300,000 or more — go to a hospital in the U.S. each year with pregnancy-related dehydration or malnourishment. An untold number go to walk-in clinics or don't seek medical care.

The effects ripple into every aspect of a person's life and the economy. One study estimated the total annual economic burden of severe morning sickness and hyperemesis in the U.S. in 2012 amounted to more than $1.7 billion in lost work, caregiver time, and the cost of treatment.

Research for this article was personal. I'm pregnant, and by the fifth week I was vomiting five to seven times a day. My primary care doctor in Missoula, Montana, directed pregnancy-related questions to my obstetrician's medical team, whom I wouldn't see until my first prenatal appointment, more than a month later. Taking advice from an on-call nurse, I tried over-the-counter supplements and medication to ease the nausea.

It didn't stop the vomiting. Nearly a month after my symptoms began, all I could keep down was brown rice. My husband and I had hoped for this pregnancy, but at that point, part of me thought a miscarriage would at least end the retching.

The next week, a remote on-call doctor prescribed anti-nausea medication after I went 24 hours without food. Now, well into my second trimester, the nausea remains but my symptoms are manageable and continue to improve.

For this story, I spoke with women who went weeks without being able to keep solids down and could no longer take in water before they received IVs for hydration. For many, it can be difficult to know when to seek medical attention.

"There's not a number, like, 'OK, you vomited five times, so now you meet the criteria,'" said Dr. Manisha Gandhi, an American College of Obstetricians and Gynecologists vice chair who helps determine clinical practice guidelines for obstetrics. "The key is, 'Are you keeping liquids down? Are you tolerating anything by mouth?'"

Gandhi said, in her experience, a small segment of patients experience severe symptoms, which for the majority peak around the eighth or 10th week of pregnancy. She said it's standard for doctors to ask during a first prenatal visit whether a patient has felt nauseated, and patients should call if issues arise before then. Treatment is gradual — changing the diet or taking a natural supplement like vitamin B6 — before considering an anti-nausea prescription medication.

First prenatal visits vary but can happen as late as 10 to 12 weeks into the pregnancy, once it's possible to confirm the fetus's heartbeat. JaNeen Cross, a perinatal social worker and assistant professor at Howard University in Washington, D.C., said that leaves a gap in care for women early in pregnancy.

"That's a lot of time for nausea, sickness, bleeding to go on as they think 'Is this normal?'" Cross said. "And we're assuming people have access to providers."

Barriers to care include whether someone has insurance or can afford their copays, or if they have child care and paid time off work to go to the doctor.

About two-thirds of Black patients in the U.S. saw a doctor in their first trimester in 2016, compared with 82% of white patients, according to a report released by the Centers for Disease Control and Prevention. Overall, roughly half of people who have to pay out-of-pocket went without that first-trimester checkup.

Cross said she'd like to see more services and resources built into communities, so that as soon as someone finds out they're pregnant, they're linked to support groups, community health workers, or programs that make home visits. That could help with another hurdle for care: trust that treatment is safe.

Some of that mistrust may be rooted in the 1950s and '60s, when the morning sickness drug thalidomide led to thousands of babies being born with severe birth defects. Research has found today's anti-nausea medications used in pregnancy pose little if any risk to the fetus.

By her sixth week of pregnancy with her first child, Helena Schwartz, 33, of Brooklyn, New York, was on at-home IVs because she couldn't keep food down. That helped for about two days; then her body began rejecting food again. Schwartz said her doctor, who had been quick to help her, prescribed anti-nausea medication. She left the medicine untouched for three weeks as her symptoms got worse.

"I was scared it would hurt the baby," Schwartz said. "I waited until it was impossible."

Even with a diagnosis and supportive medical team, people like Schwartz have experienced extreme symptoms throughout their pregnancies, and healing is slow.

As for Furtch, the prescription medication she used in her first pregnancy didn't do enough this time around to ease her symptoms.

Her new obstetrician takes her symptoms seriously, but at times she has still faced roadblocks to care. At first, she couldn't afford thousands of dollars out-of-pocket for a medical device that would constantly pump anti-nausea medication through her system. When her doctor prescribed a series of drugs as a backup plan, her insurance initially refused to cover the cost. She went days without medicine, which meant throwing up about eight times a day.

Since she started the prescription medicines, she typically can keep some food down. But she still has her bad days, and had to go to the hospital again in late December to get IVs.

Her baby girl is due this spring. After that, she plans to see her doctor again to have her tubes tied.

"Giving birth is nothing compared to 10 months of hell," Furtch said.