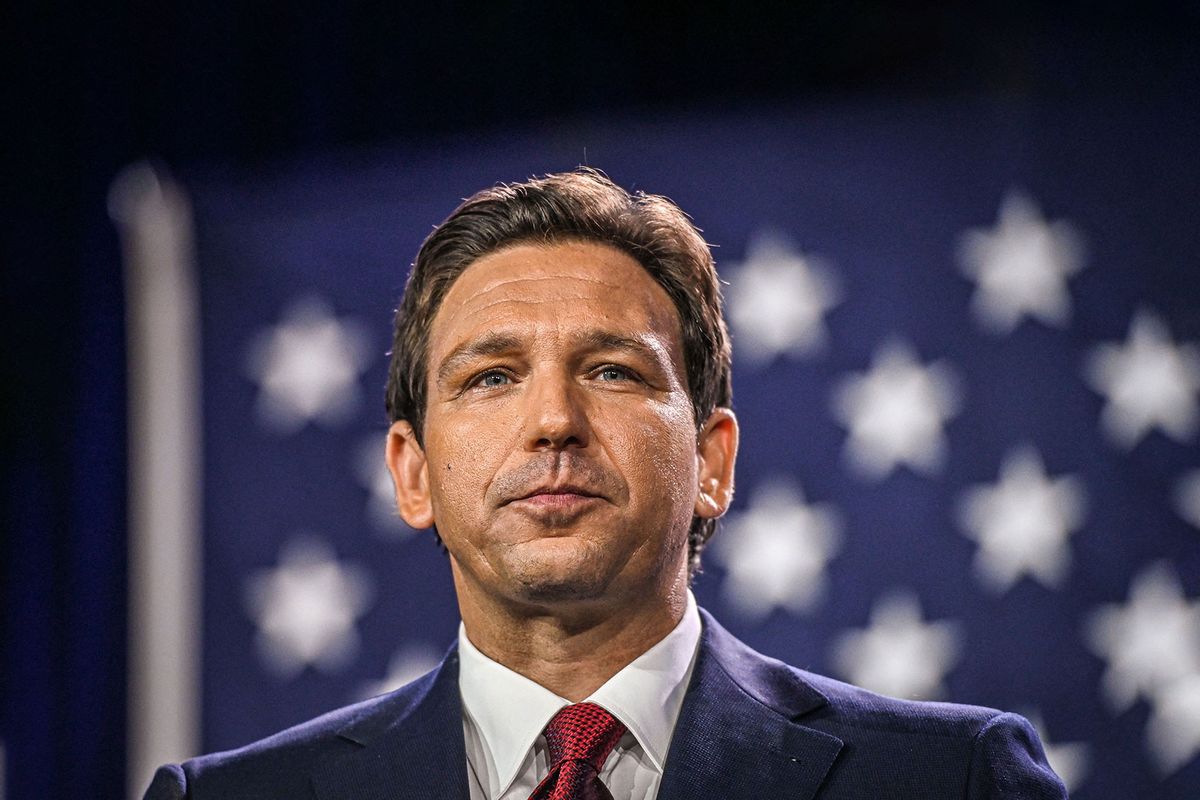 Some non-MAGA conservatives in the Republican Party have criticized Florida Gov. Ron DeSantis for using his position to bully Disney, including New Hampshire Gov. Chris Sununu and former Maryland Gov. Larry Hogan. But being a far-right culture warrior is a big part of DeSantis' brand. DeSantis draws a lot of publicity in right-wing media by going after targets he considers "woke," and the Florida governor regards a wide range of targets as "woke."

DeSantis' latest target is the National Hockey League (NHL). As he sees it, the NHL's push for diversity is an example of "wokeness." But some GOP strategists, according to Daily Beast reporter Jake Lahut, are questioning the wisdom of making the NHL a target of his "anti-woke" wrath.

Lahut, in an article published by the Beast on January 18, explains, "Florida Gov. Ron DeSantis is squaring off with an unlikely opponent: the NHL. In the latest battle of the culture wars, the NHL — where gloves-off fighting still brings just a five-minute penalty, where the player base is 93 percent white, and until the hiring of Mike Grier by the San Jose Sharks earlier this month, there had yet to be a Black general manager in the history of the sport — has somehow become the new epitome of woke culture gone awry."

The DeSantis Administration, according to Lahut, "got the NHL to fold on a local hiring event aimed at diversifying the league's workforce ahead of its annual All-Star Game." In an official statement released on Friday, January 13, DeSantis spokesman Bryan Griffin said of the NHL, "Discrimination of any sort is not welcome in the state of Florida, and we do not abide by the woke notion that discrimination should be overlooked if applied in a politically popular manner or against a politically unpopular demographic."

One of the Republican strategists interviewed by the Beast described DeSantis' decision to challenge "wokeness" in the NHL as a way to "raise his profile as a fighter as well as raise money." But veteran GOP strategist Stuart Stevens described DeSantis' actions as potentially the type of "strategy that works until it doesn't."

Stevens told the Beast, "I've been in these rooms where political consultants get together, they try and say, 'Well, what can we do to appeal to white voters without being just super-blatantly racist?'…. Republicans are losing culture wars at an exponential speed…. What the NHL is doing bothers absolutely nobody in America. A lot of politics is defining yourself by what you're not for."

Stevens, who worked on the presidential campaigns of President George W. Bush, now-Sen. Mitt Romney and the late Sen. John McCain, added, "There was a time with Ronald Reagan, 'Mr. Gorbachev, tear down this wall.' So, here's Ron DeSantis standing in front of a hockey rink in Florida saying, what, exactly? I mean, it's just ridiculous. It makes him look very small."

Stevens told the Beast, "This is the kinda thing that if you were on a school board, you'd think is stupid. Like, c'mon, just let 'em play. Who cares? There's a tone-deafness. You get the sense watching DeSantis that he's somebody trying to dance by looking at his feet and wondering what the steps are…. DeSantis would be a Trotskyite if he thought it might get him elected president. There was a time Republicans believed in smaller government and not interfering, and he's running after successful businesses that bring money to Florida?"