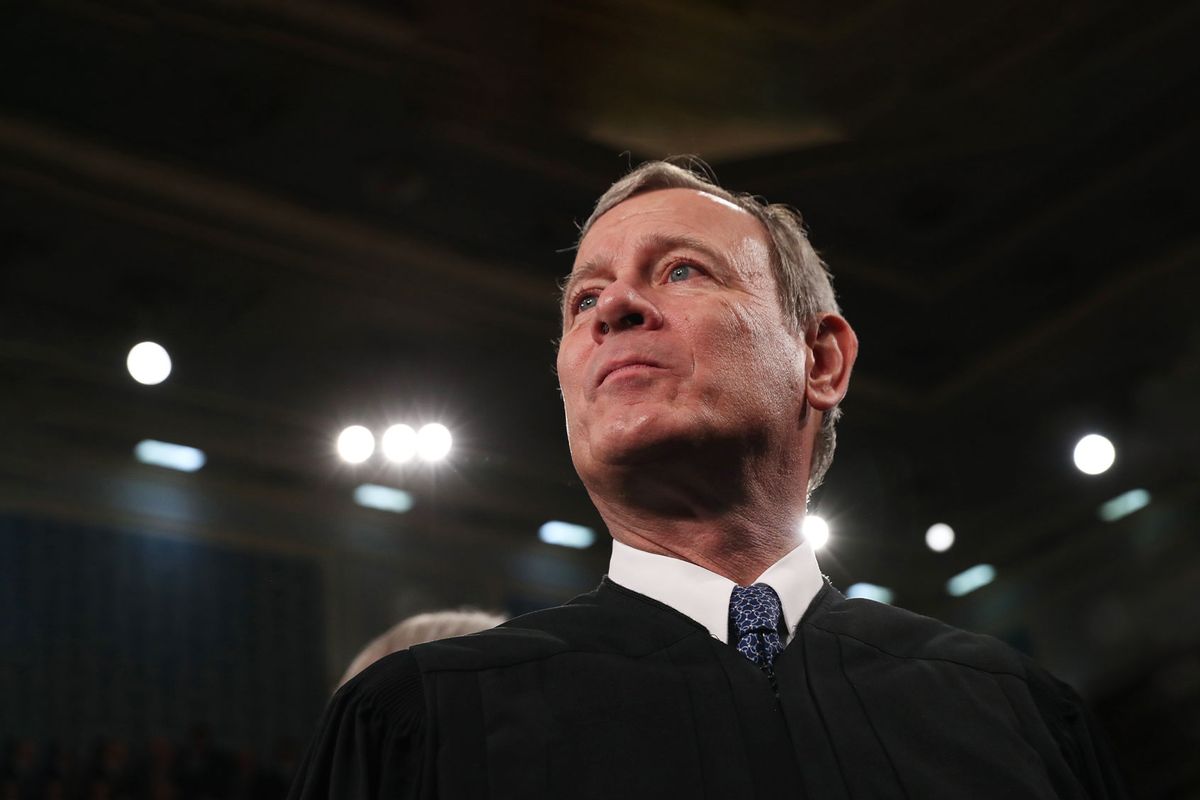 An internal Supreme Court investigation failed to identify who leaked a draft of the opinion overturning Roe v. Wade, the court announced on Thursday.

Gail Curley, the court's marshal who oversaw the inquiry, said that investigators had conducted over a hundred interviews with 97 employees, all of whom denied being the source of the leak.

"It is not possible to determine the identity of any individual who may have disclosed the document or how the draft opinion ended up with Politico," the court announced. "No one confessed to publicly disclosing the document, and none of the available forensic and other evidence provided a basis for identifying any individual as the source of the document."

Some employees acknowledged telling their spouses or partners about the draft opinion and how divided the court was in private discussions about the Dobbs case—splitting 5-4 in favor of overturning the right to abortion, according to the 20-page report.

"Several personnel told investigators they had shared confidential details about their work more generally with their spouses and some indicated they thought it permissible to provide such information to their spouses," the report said.

After Politico, published the draft opinion in the case of Dobbs v. Jackson Women's Health Organization, Chief Justice John Roberts confirmed its authenticity but said that it did not represent the final version.

Referring to the leak as "a singular and egregious breach," he ordered a thorough investigation. But the report identified that "too many people" have access to certain court-sensitive documents, which can result in the "inability to actively track who is handling and accessing these documents".

"The pandemic and resulting expansion of the ability to work from home, as well as gaps in the court's security policies, created an environment where it was too easy to remove sensitive information from the building and the court's I.T. networks, increasing the risk of both deliberate and accidental disclosures of court-sensitive information," the report added.

Investigators also determined that outside of the nine justices, 82 law clerks and permanent employees of the court had access to electronic or hard copies of the draft opinion.

The findings raised the possibility that no one will be held accountable for one of the most stunning breaches of secrecy in the Supreme Court's history, the New York Times reported.

Legal experts criticized the Supreme Court's inability to determine where the leak came from after months of complaining about how egregious the leak was.

"I told everybody, from the very beginning, that if the Dobbs leaker turned out to be a Republican, the Supreme Court would somehow never find who did it," tweeted Elie Mystal, The Nation's legal analyst. "Welp, the report's out and, what do you know, they don't know who did it."

National security attorney Mark Zaid, who handles government investigation cases, said investigators do not appear to have interviewed or investigated the justices or their spouses.

"Having read investigative findings, I am completely struck by fact does not appear Justices (or their families) were interviewed, much less investigated," Zaid tweeted. "Since bare min[imum] 'preponderance of evidence' was standard that could not be met w/staff, who else does that leave as leaker?"

"The likelihood of the Dobbs leak coming from the Alito/Thomas camp just went from 95% to 99%," attorney Max Kennerly tweeted. Kennerly added that Alito and Justice Clarence Thomas, "Both have a long history of ethical improprieties on the court, and they were the only ones with anything to gain from a leak, to lock in any wavering Justices who didn't want such an aggressive approach. It worked, and the final was barely changed from the draft."

Frank Figliuzzi, a former FBI assistant director for Counterintelligence and MSNBC national security analyst, also expressed his disapproval for the way the investigation was conducted and outlined the reasons why it failed to produce a leaker.

He added that the investigators also failed to interview former clerks who "may have done the leaking" and then left the court to move on to some "great legal job".

"Let's understand something, this person called the marshal of the Supreme Court, her boss is the court," Figliuzzi said. "They pay her salary. They decide if she gets a raise so what would that interview even look like?"

about the Supreme Court