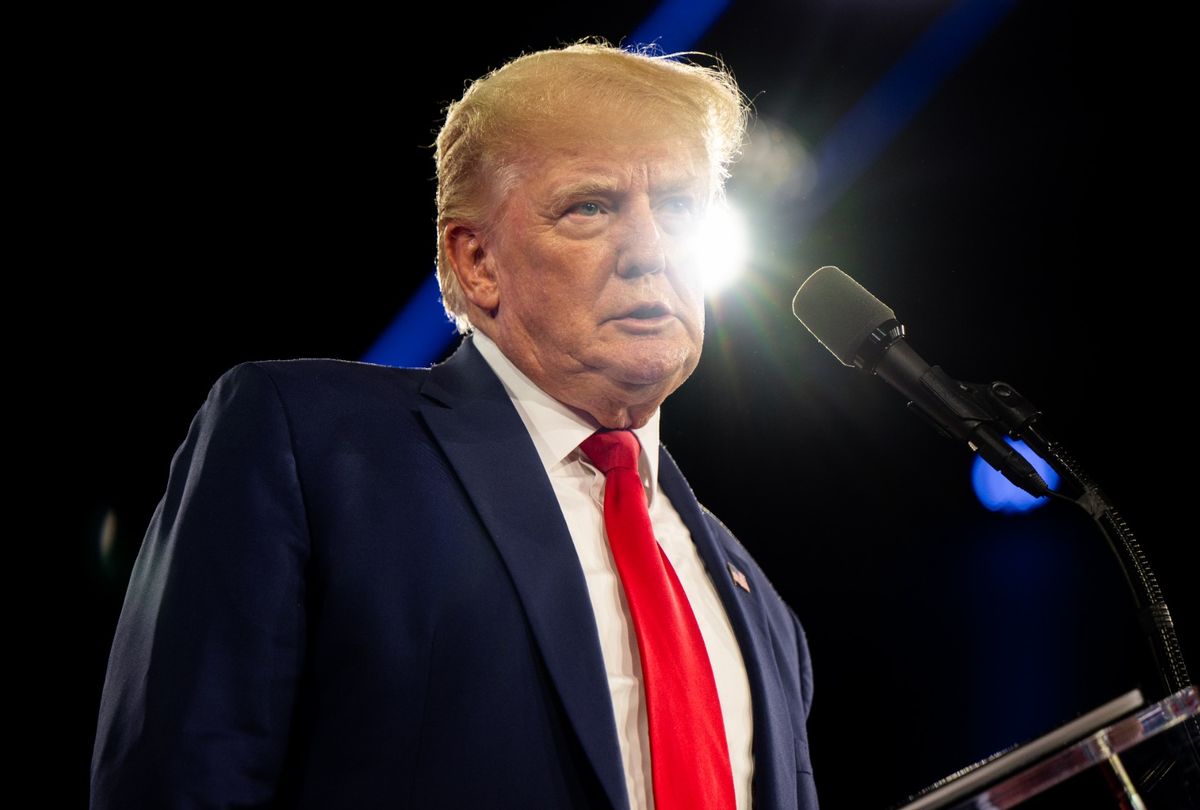 Just one day after being fined nearly $1 million for filing a frivolous lawsuit against Hillary Clinton, former President Donald Trump has dropped his suit in Florida against New York Attorney General Letitia James.

The brief filing made in Palm Beach County stated that Trump "hereby voluntarily dismisses his claims in this action," but did not include any reasoning for why he is dropping the suit.

Trump's lawsuit against the New York attorney general in Florida was regarded by legal scholars as a bad-faith delay tactic, as he sought to block her office from accessing materials from his private trust. James last year brought a $250 million civil suit against Trump and his family members that alleges fraud at the Trump Organization, net worth inflation, and misleading financial statements.

As Trump's legal troubles increase, judges seem to be losing their patience with his attorneys' misuse of the U.S. court system. U.S. District Judge Donald Middlebrooks on Thursday ordered Trump, his attorney Alina Habba, and her firm, Habba Madaio & Associates, to pay $937,989.39 in sanctions for the "frivolous" lawsuit they filed against Hillary Clinton and others last year, alleging a conspiracy to undermine his 2016 presidential bid. He added that the litigation was meant only to "seek revenge" against Trump's former presidential opponent.

"This case should never have been brought. Its inadequacy as a legal claim was evident from the start," Middlebrooks wrote on Thursday. "No reasonable lawyer would have filed it. Intended for a political purpose, none of the counts of the amended complaint stated a cognizable legal claim."

Last month, Middlebrooks also rejected Trump's attempt to gain a temporary injunction to stop James from accessing documents from the former president's trust, saying James' office "raises four reasons – all of which are likely correct – why Plaintiff has no substantial likelihood of success on the merits."

He also said that Trump's claims that he would be harmed in the process of turning over documents to James' office were "quintessentially speculative" since the state had already informed the former president's legal team that they would receive documents with redactions of any estate-planning.

Trump has repeatedly denied the allegations against him, and called the investigation led by James a politically fueled "witch hunt" by a "racist" attorney general. His suit accused her of "intimidation and harassment" as well as attempting to "steal, destroy, or control all things Trump."

The withdrawal of the lawsuit came after Middlebrooks' Thursday opinion where he cautioned the former president's attorneys that they could face sanctions over their lawsuit against James.

Middlebrooks called Trump "a prolific and sophisticated litigant who is repeatedly using the courts to seek revenge on political adversaries."

"He is the mastermind of strategic abuse of the judicial process, and he cannot be seen as a litigant blindly following the advice of a lawyer," Middlebrooks added. "He knew full well the impact of his actions."