Ted Baxter pursued fame over journalism – but unlike today’s pundits, he didn't corrupt the news 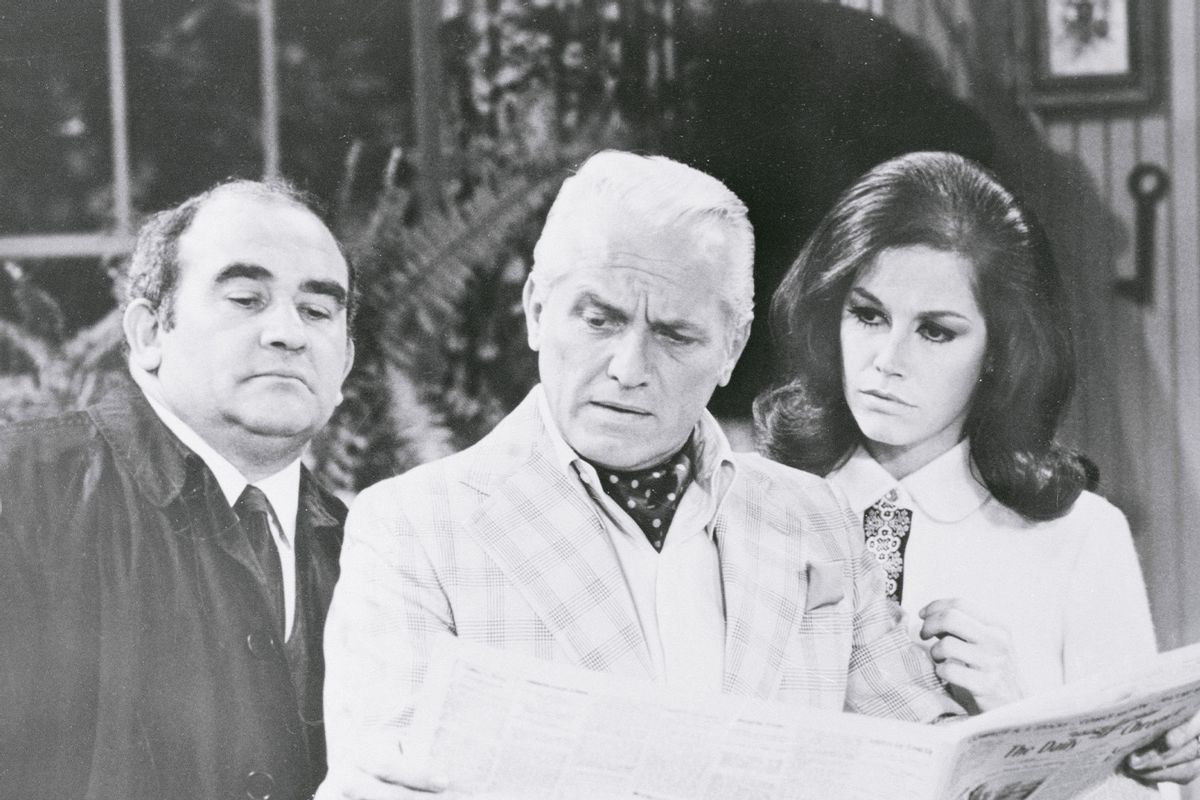 Pundits are commonplace in today's cable news environment, with politically tilted news coverage coming from both left and right. Particularly dangerous are characters like Tucker Carlson and Laura Ingraham, who have stoked anger and polarization by promoting bigotry and spreading misinformation about COVID-19 and the 2020 election.

It's sobering, then, to recall that during its first half-century of existence, from the 1950s until the ascendance of slanted channels such as Fox News and MSNBC, TV news strove for fairness and objectivity.

In the old days, analysis that provided a point of view was explicitly labeled as "commentary." It was believed to be helpful to viewers, whom the news divisions understood not just as consumers – what advertisers cared about – but also as citizens.

Ed Klauber, who set CBS News standards in the 1930s, declared that "in a democracy it is important that people not only should know but should understand, and it is the analysts' function to help the listener to understand, to weigh and to judge, but not to do the judging for him." Fred Friendly, CBS News president from 1964 to 1966, distributed Klauber's guidelines to his team on pocket-size cards.

The national news appeared on only three channels, and the networks strove for political neutrality. They were seeking a wide, mass audience but were also influenced by their own professional standards and the government-imposed Fairness Doctrine requiring balanced coverage of controversial issues. Within this context, celebrity anchormen like Walter Cronkite and David Brinkley downplayed their own stardom.

Back then, the only TV newsman with an oversized personality who was familiar to a national audience was an entirely fictional one: Ted Baxter, of "The Mary Tyler Moore Show," a character who was funny precisely because he was so implausible. The sitcom, which ran from 1970 to 1977, centered on a single woman working in a TV newsroom in Minneapolis. Baxter was the station's anchorman, and his incompetence doomed the "Six O'Clock News" to low ratings.

Notwithstanding the common perception that it was an unprofitable, strictly altruistic venture, the national news did make significant revenue from their nightly broadcasts. Still, the lofty objective of these operations was public service. There was a baseline understanding that democracy demands a free press and an informed electorate.

As Cronkite argued in his memoir, encapsulating – and also mythologizing – the ideals of that era, "Newspapers and broadcasting, insofar as journalism goes, are public services essential to the successful working of our democracy. It is a travesty that they should be required to pay off like any other stock-market investment."

Ted Baxter, played by actor Ted Knight, had no such concerns. Like many of today's pundits – though without their ideological commitments – he was an anchorman more invested in fame than in good journalism.

Alive in Minneapolis, dead in Tokyo

Ted Baxter was a slow-witted egomaniac.

To pick up extra cash, he did undignified commercials for sausage, dog food and even some kind of befuddling "woman's product." Impressed by the very existence of time zones, he once said, "It's actually tomorrow in Tokyo. Do you realize that there are people alive here in Minneapolis who are already dead in Tokyo?"

His only professional assets were good looks and a fine baritone. In one episode, a blizzard made the phones go down during local election coverage. Unable to receive updates on the vote count, the news team was forced to pull an all-nighter until a winner could be accurately declared.

Baxter wanted to call the race prematurely so he could go home, a flagrant dereliction of duty.

Forced to stay, he displayed his typical incompetence, mistakenly reading the entirety of a cue card aloud on the air: "We'll stay on the air until a winner is declared. Take off glasses, look concerned."

Ted's priority was stardom. When he was tempted to quit the news for a lucrative job as a game show host, his boss, Lou Grant, played by Ed Asner, talked him out of it by evoking the higher purpose embodied by newsmen like CBS' acclaimed Edward R. Murrow.

Ted was nothing like Murrow, as confirmed in the next scene, when he reported about a fishing boat incident and then improvised a joke: a woman tells her sailor husband in bed, "not tonight, I have a haddock." Ted Baxter revered Murrow as a celebrity, and his hero was Cronkite, but gravitas was simply impossible for him.

When Cronkite made a cameo appearance on the show in 1974, Ted was positively giddy. Cronkite was a bit wooden, underscoring the fact that he was not an actor, thereby implicitly upholding a more dignified standard than Ted.

In fact, Dick Salant, who succeeded Friendly at CBS, had initially refused the invitation to Cronkite from the show's producers. He was anxious that Cronkite should not deliver "lines written for him in a fictitious role," fearing it would undercut Cronkite's trustworthy image.

Cronkite was a fan of the show, declaring, "The newsroom operation is realistic — even with Ted."

If there is anything "realistic" about the satirical, fictional Ted Baxter, though, it's that he lived up to the norms of political neutrality that really did dominate national newscasts in the 1970s — notwithstanding President Richard Nixon and Vice President Spiro Agnew's ferocious accusations of "liberal bias."

Today's grandstanding cable news pundits may provoke nostalgia for the Cronkite days – and the Baxter days – but nostalgia has a way of blurring over all the unpleasant details.

The news was already in trouble in the Nixon years. The president had planted the idea that the mainstream media suffered from liberal bias, a notion which was then nurtured by right-wing groups like Accuracy in Media and the Heritage Foundation.

Newscasters accustomed to reporting "both sides" were under constant attack in the 1970s. Nixon besieged the networks with every dirty trick, from Federal Communications Commission pressure to IRS audits. He even dreamed that cable TV could solve his problems by breaking the network news monopoly.

On this count, Nixon was right. Cable did end network dominance and enable the rise of highly politicized, overtly biased, personality-driven news.

But the triumph of Baxterism was never what "The Mary Tyler Moore Show" promoted. Just the opposite.

Ted Baxter was a cautionary figure who showed that real news could never succeed by depending on style over substance. Ted kept letting everyone down in order to teach viewers a lesson: Even a dolt who prized financial reward over integrity could not corrupt the news, as long as others held it to a higher standard.

In an episode called "The Good-Time News," for example, the station manager demanded a "more entertaining" format to bring up the ratings. Lou Grant protested that "news is truth . . .  I'm not going to make it into something fake."

Fool that he was, Ted nonetheless represented a golden age of TV news. If he could have read cue cards without flubbing up, he might have even been a decent anchorman. But he never could have been a pundit.

Ted never boosted a favorite politician or a conspiracy theory. He was politically vacant. He once ran for office as a Democrat, even though he was a registered Republican. He really didn't care – he only wanted to increase his fan base.

Ted Baxter thus embodied the ego of the pundit, but without the opinions that often make such a person dangerous. For all his incompetence, it never occurred to him to air his own political views. By network news standards of the 1970s, this made him a friend of democracy.