Three active Marines are being charged for Jan. 6 attacks 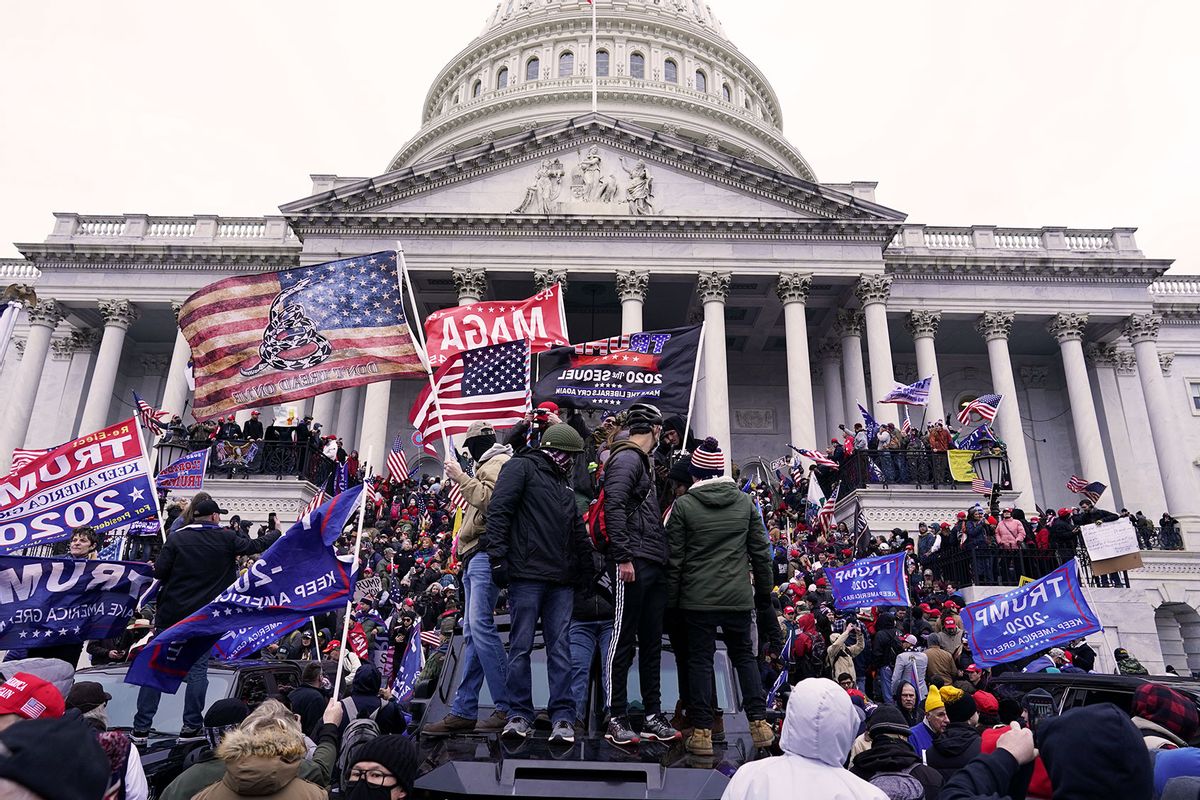 Three more individuals have been charged for their alleged participation in the the Jan. 6, 2021, attack on Congress. Records from the U.S. District of Columbia shows the three were active duty Marines, the Daily Beast reported Thursday.

Michael Coomer, Joshua Abate and Dodge Dale Hellonen were named in the filing with social media chats, posts, photos and other data showing their participation in the Jan. 6 attack, as well as their presence inside the U.S. Capitol. The criminal complaint explains that the information was obtained thanks to a search warrant to Facebook from Aug. 2021.

In a conversation with an ally on Instagram chat, Coomer allegedly said that the country was so corrupt that it was waiting "for the boogaloo." The Boogaloo Boys (or Bois) are known as a loosely-organized right-wing extremist movement that opposes the federal government. When Coomer's friend asked him about the "boogaloo," he replied that it was akin to "Civil War 2."

"A review of surveillance camera footage and open-source materials confirm COOMER, ABATE, and HELLONEN unlawfully entered the U.S. Capitol Building on January 6, 2021," the details say. "COOMER wore a red baseball cap, a black Under Armor sweatshirt with neon outline, and a green puff jacket. ABATE wore a baseball cap with a rectangular design on the front, with a plaid jacket and jeans. HELLONEN wore a dark colored jacket, dark colored pants, and carried a yellow 'Don't Tread on Me' flag."

All three men used their phones to capture images and videos of the building while making their way through with the rest of the crowd, the complaint states.

The men's Military CAC cards and driver's license photos were used to compare the Capitol photos of the men. Witnesses also confirmed the identities of the three, the filing said.

Abate has already given information about his participation in Jan. 6 during a security clearance interview on or about June 1, 2022.