CBS host calls out Republican for trying to “both sides” election denial: "I’m asking about you”

"There are election deniers on both sides of the aisle," argued Rep. Mike Turner 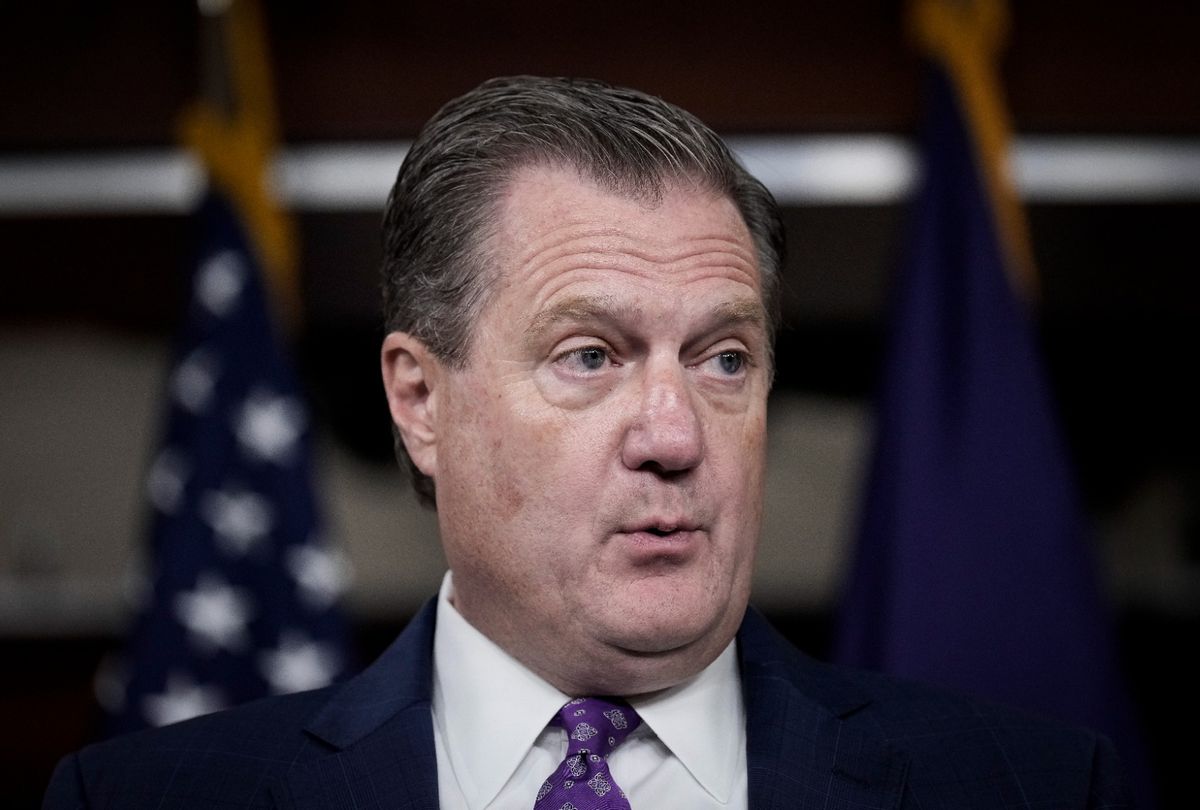 On Sunday morning's edition of Face the Nation, United States Congressman Mike Turner (R-Ohio) reverted to a "both sides" response when pressed by CBS moderator Margaret Brennan on how he felt about having Republican members of Congress who aided former President Donald Trump's efforts to overturn the 2020 election serve on powerful House committees.

I also want to ask you what leadership looks like with Republicans in charge. You are also on House Oversight. There – of the 26 Republican members on the Committee, 19 of them denied the results of the 2020 election. Your colleagues now include Marjorie Taylor Greene, Paul Gosar, Andy Biggs, Lauren Boebert, Scott Perry – they all played critical roles in the former president's attempts to overturn the 2020 election results. Do you have any concerns about working with these lawmakers? I mean, you're very much a centrist.

Well, you know, even on the Democrat side, there's been a number of people who objected to President Bush's reelection and voted against certifying his election. So there's long history among both sides...

Brennan cut him off:

I'm asking about you, your party, and your colleagues.

There's a long history of both sides having raised issues, including, you recall, the, Al Gore taking President Bush's election all the way to the Supreme Court.

You're not an election denier by CBS standards. Just to be clear.

You are comfortable with all those individuals I just rattled off and the fact that the majority of the Republicans on this Committee deny the election results? Is that what you're saying?

What I'm comfortable with is the electorate are very smart, and these people have been sent to Congress to represent their districts and to be part of the congressional debate to lead us to what's going to be bipartisan, bicameral resolutions. We have a split government right now. Republicans control the house. The Senate is controlled by the Democrats. You have a Democrat president. We're gonna have a lot of debate and discussions, and I think this is going to be a very fruitful period for Congress, and for our country, because it's going to have to be bipartisan, bicameral. And I believe that the President, in opening negotiations with the Republicans, is beginning to start that process.